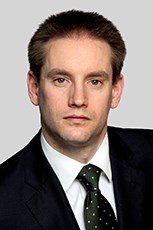 Niall is a partner and Head of our Competition & Antitrust team. His primary area of practice is Irish and EU competition law.  He has extensive experience advising clients on all aspects of competition and antitrust law, but particularly on complex mergers. He also advises on intellectual property/competition interface issues, competition investigations, follow-on actions and leniency applications.

Niall "has a great knowledge of the law and delivers that knowledge to clients in an easily digestible form”.

Niall is celebrated as an elite ‘Hall of Fame’ practitioner and “a fantastic lawyer to deal with”.

Niall is an "excellent, hugely impressive individual who is commercially minded".

Niall is "the standout in a strong team. Commercial, charming and with a forensic approach to detail, he is a delight to work with."

Niall is recognised as a “Leading Individual”.

Media & Telecoms Update: Broadcasting and Brexit - Ireland as a Location

The Irish Merger Control Insight: 2017 – A Year in Review

London Update: The View from our London Office