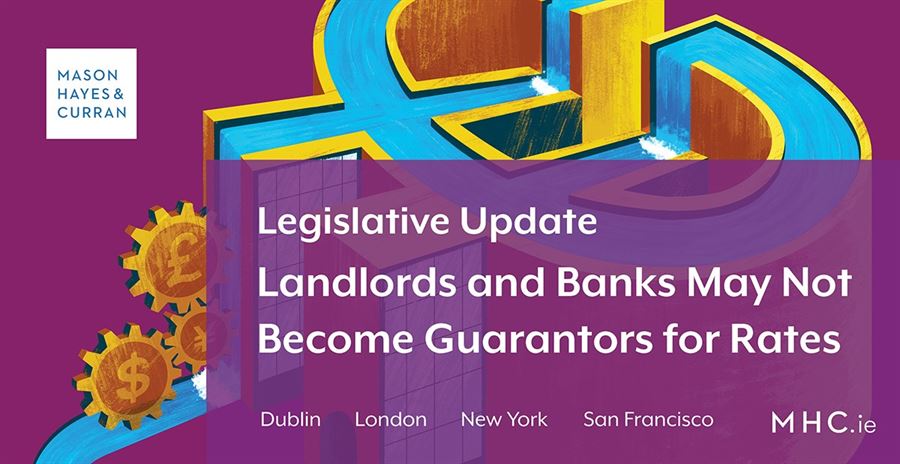 We previously wrote about the Local Government Rates and Other Matters Act 2019 (the Act). In particular, we noted that:

It would appear that the lobbying has had some effect and we understand that the Minister for Housing, Planning and Local Government (the Minister) has acknowledged that the Act has not been drafted correctly, could result in unintended consequences and intends to amend the Act before it is commenced.

Key provisions of the Act

The Act, amongst other things:

The Act also re-enacts a number of provisions of section 32 of the Local Government Reform Act 2014, which remain untested and potentially problematic.[2]

For details of how these provisions would operate, if implemented as drafted, please see our previous article.

As almost all residential property is not subject to local authority rates, this will have little impact on the residential sector.

Given that the Oireachtas will have to consider any proposed amendments, it may engage more deeply than it did when passing the Act. Accordingly, there may now be scope for lenders and landlords to lobby, highlighting any potential unintended consequences the legislation will have for stakeholders.

[2] For instance: the definition of “Owner” - which appears to include higher level landlords; the duty of owners to notify changes of occupation, even where they are not notified of same; and the fact that where an owner pays rates due by an occupier, the owner does not appear to have a subrogated claim against the occupier as the Act provides that such payment does not affect the liability of the occupier in respect of rates for which he is primarily liable.