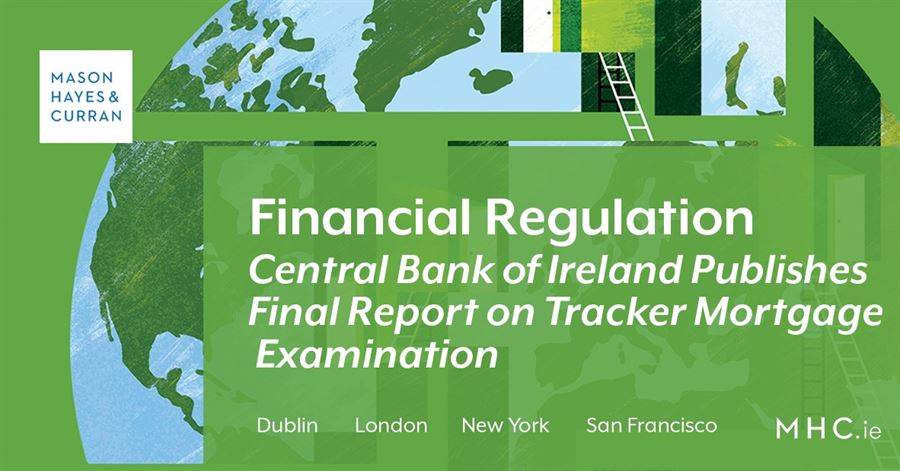 Following a decade-long tracker mortgage examination, the Central Bank of Ireland published its final report on Tuesday 16 July 2019 and has confirmed that the supervisory phase of the examination is now concluded.

As part of the mortgage tracker examination, the Central Bank investigated all lenders who ever offered tracker mortgage products in Ireland. While 15 lenders in total were investigated, 98% of impacted customers related to the country’s top five mortgage providers.

As of the end of May 2019, total redress and compensation paid to affected customers stood at €683 million. This figure was paid out to 98% of customers affected. The remaining 2% are mainly those that lenders have been unable to locate, with some expected to have moved overseas. Nonetheless, the Central Bank has made clear to lenders that they should ring-fence redress and compensation payments to cover these cases. 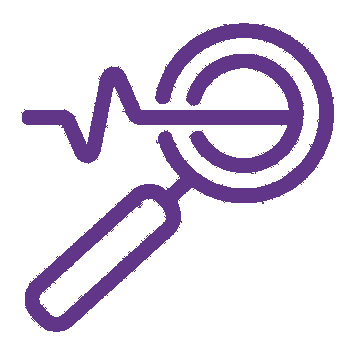 Compensation offered to customers is required to be appropriate and reasonable and to take account of the specific circumstances of each customer. To ensure this, the Central Bank required lenders to establish independent appeals processes.

Affected customers can accept their offer for redress and compensation while still making an appeal, and the appeals panels cannot make a less favourable finding than the offer already made to the customer. Lenders are also required to reimburse customers for their expenses in bringing appeals, where those appeals are successful in whole or in part. With these requirements, the Central Bank has ensured that there are minimal disincentives to customers considering appealing their redress and compensation offers.

While the appeals panels are independent, and as such the Central Bank cannot intervene in the appeals processes, it has noted that it is monitoring progress and outcomes and it expects lenders to apply outcomes on any system wide issues across their wider customer population where similar circumstances arise.

The Central Bank has indicated that about 20% of affected customers are still within the time period for making appeals, so lenders should note that there may be further movement in this regard.

The Central Bank has also made it clear that customers can also bring a complaint to the Financial Services and Pensions Ombudsman or initiate court proceedings.

While the supervisory phase of the tracker mortgage examination is now complete, the circumstances in which customers lost their tracker mortgage entitlements remain the subject of the Central Bank’s separate enforcement investigations. Mortgage providers under the remit of the report must be mindful of this and the fact that enforcement investigations are still a possibility.

In May 2019, the largest fine ever imposed by the Central Bank to date was imposed on one of the key mortgage providers in respect of failings affecting tracker mortgage customers. The Central Bank has indicated that it continues to pursue its investigations against each of the other key mortgage providers and has stated that as investigations were commenced at different times, they will conclude on different timelines.

The Central Bank has also stated that it is considering the actions of individuals which may be relevant to the failings affecting tracker mortgage customers, and will exercise its gatekeeper function to challenge these individuals where fitness and probity concerns arise.

The report also states that the Central Bank will continue to evolve its system of supervision for the regulated financial services sector as a whole and will use the information gathered in the examination to feed into that process. Steps that have already been taken to enhance financial conduct regulation include the introduction of a new Consumer Protection Risk Assessment model as well as frequent and targeted conduct supervision of those firms that the Central Bank views as posing “the greatest potential harm to consumers.”

The Central Bank has also made proposals to the Minister for Finance for the introduction of an Individual Accountability Framework to include a Senior Executive Accountability Regime, as well as the introduction of enforceable conduct standards for regulated firms and the individuals working within them and the removal of the requirement to prove participation in the context of the Administrative Sanctions Procedures. The report notes that this participation hurdle means that, at present, the Central Bank can hold individuals to account only where they are proven to have participated in a firm’s breach of rules. Removing this hurdle will mean the Central Bank can hold individuals to account directly for their misconduct under the Administrative Sanctions Procedure. In this regard, the Minister for Finance has begun work on drafting the heads of bill for the Central Bank (Amendment) Bill, which we discuss in more detail here

On foot of the Central Bank’s report, lenders should be aware of the possibility of further appeals from customers and also expect further enforcement action by the Central Bank to be announced in due course.

We are keeping abreast of all developments in this area and will continue to provide updates on any key regulatory changes.

If you wish to discuss the impact of this report or the Central Bank’s proposals on your organisation, please contact a member of our Financial Regulation team.