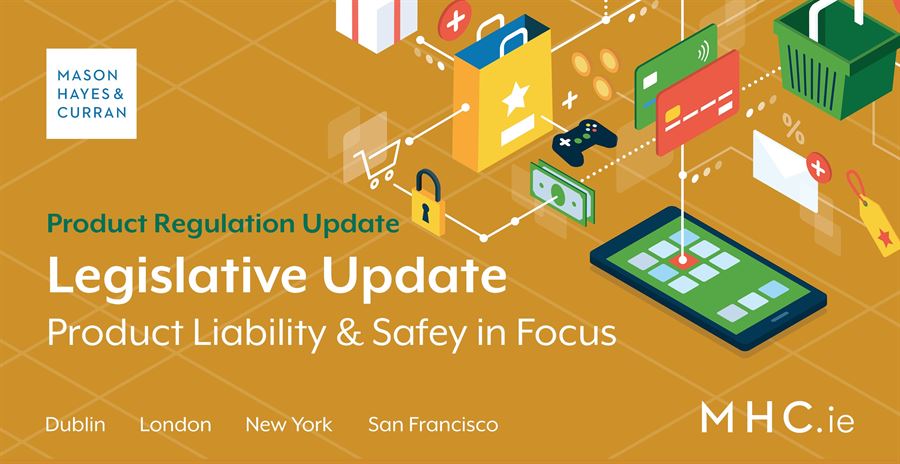 The Productive Liability Directive 85/374/EEC (PLD) was originally adopted in 1985 and established a European wide system of strict liability for people to claim compensation for damage caused by defective products. However, given the accelerating development of technologies such as AI and machine learning, existing EU and national legal frameworks on product liability, of which the PLD forms an important part, may no longer be fit for purpose. One of the constant questions over the last number of years is whether the PLD can or should cover standalone software products. For example, a November 2019 report of the European Commission’s Expert Working Group on New Technologies entitled “Liability for Artificial Intelligence and other emerging digital technologies” raised concerns on whether the existing definitions of damage and defect were sufficiently encompassing given the new technologies existing in consumer products on the market.

Most recently in October 2020, a report setting out MEP recommendations to the European Commission on how AI should be regulated in the area of civil liability was adopted by the European Parliament. This report set out a number of proposed changes that would potentially impact on the PLD:

Feedback from the European Commission is awaited. In time however, providers of AI systems may be required to consider if they satisfy a definition of Operator, and perhaps more importantly given the possible application of strict-liability, if their AI system(s) can be classified as “high risk”.

The European Commission is set to tackle a review of the PLD in the first quarter of 2021.

The General Product Safety Directive 2001/95/EC (GPSD), adopted in 2001, is the central piece of EU legislation providing a “safety net” of requirements for general consumer products across all EU Member States. The various requirements and obligations set out in the GPSD are designed to ensure that all products placed on the EU market are safe, and that consumers are sufficiently informed about the products that they purchase and use, even if those products are not within the scope of sector-specific EU legislation. As the nature of the products that we use and the way that we use them changes over time however, so too must product safety legislation.

In recognition of this requirement, the European Commission’s 2020 working programme has stated as part of its regulatory, fitness and performance programme (REFIT) that it will carry out a review of the GPSD in the second quarter of 2021. Similar to the PLD, there has been commentary on whether the GPSD should instead be replaced by a Regulation. There have been similar concerns raised about the lack of clarity surrounding the GPSD and whether it can or should apply to software products. It is hoped that this issue will be clarified during this year’s review.

The Commission’s public consultation stage closed in early October. While a further update is awaited, the European Parliament’s Committee on the Internal Market and Consumer Protection adopted an own-initiative report in October 2020 calling for aligned market surveillance rules for both harmonised and non-harmonised products placed on the market offline or online. In November 2020, the Commission also launched the New Consumer Agenda, which along with green and digital policy, also focuses on the modernisation and harmonisation of existing consumer protections, particularly for the online retail space.

Changes to both the GPSD and PLD will need to be monitored very carefully by Digital Health companies given that they are the pillars of the product safety and liability regime in the EU.