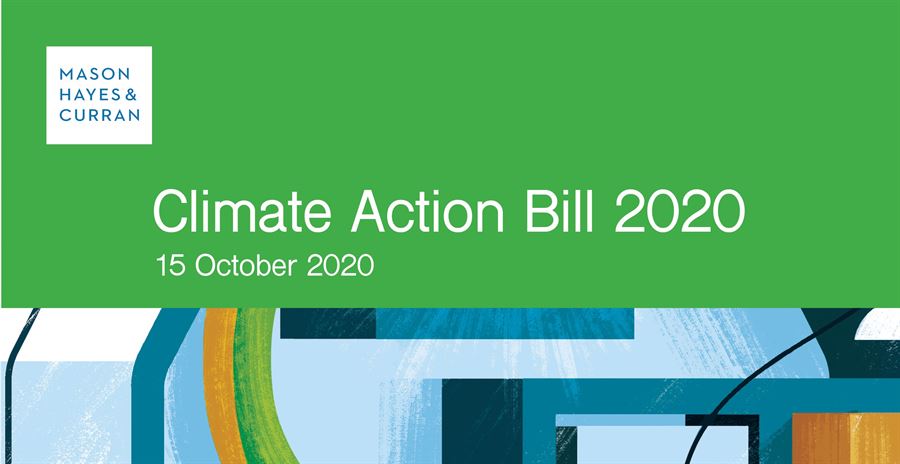 The Irish Government published the Climate Action and Low Carbon Development (Amendment) Bill on 7 October 2020. The aim of this ambitious Bill is to commit Ireland, in law, to move to a climate resilient and climate-neutral economy by 2050. A climate-neutral economy means a sustainable economy where greenhouse gas emissions are balanced, and excess emissions are removed through carbon-capture technology or increased availability of carbon sinks.

Overview and aim of the Bill

The Bill will serve as framework legislation, which is concerned with governance only, and not policy specifics. The details of the climate action commitments will be contained in the annual Climate Action Plans, which will be made under this legislation and will determine the particular policy measures in specific sectors of the economy.

The Programme for Government, agreed in June 2020, commits to a 7% average yearly reduction in overall greenhouse gas emissions over the next decade and to achieving net zero emissions by 2050. The Bill will drive implementation of a suite of policies to help Ireland achieve this goal.

The key elements of the Bill are as follows:

One of the most significant new changes in the Bill is the level of oversight on the State's future adherence to carbon budgets.

The role of the Climate Change Advisory Council is significantly strengthened by being given a central role in setting carbon budgets. The oversight for the legislation is to be provided by the Council which will advise the Government on measures required to achieve those budgets.  The publication of this advice and the requirement on Government to explain any departure from such advice to Parliament is designed to ensure transparency and accountability. The Bill provides for the membership of the Council to be much more diverse, by ensuring that members have knowledge in areas such as climate science, transport policy, energy policy and agricultural policy. This diversity in background is to allow for appropriate insight and expertise to be available to the Council which is more reflective of society and the economy which will be affected.

The Bill allows for both "banking" and "borrowing". Where a sector comes within its allocated emissions budget, the surplus emissions can be carried forward for use in successive budgets. In circumstances where a sector exceeds its allocated emissions budget, then there will be provision to “borrow” from subsequent budgets up to a maximum of 1% of the total carbon budget. The latter limit is imposed because an unlimited ability to borrow from future carbon budgets would threaten the integrity of the policy.

On publication of the Programme for Government, there was a commitment that the Bill would include a section banning the sale of new petrol and diesel cars and the importation of second-hand petrol and diesel cars from 2030. While many might be surprised by this omission, it is simply due to the requirements of EU law.  These provisions would have to be notified to the European Commission in advance of its entry into force, when the legislation remains a proposal. To avoid a delay in publishing the Bill, the proposed ban had to be excluded.

Another important omission, and one which has been deemed a weakness of the Bill by environmental groups, is the fact that there is no clearly stated obligation on the Government to achieve the 2050 targets or meet the carbon budgets. The State’s obligation under the Bill is simply to “pursue” the transition to a climate resilient and neutral economy. This differs from an earlier draft of the Bill published by the previous Irish Government in January of this year, which required an obligation on the State to “pursue and achieve” the 2050 target. However, the Government is required to plan and develop policies in a manner consistent with the targets set out in the Bill and can be held to account by mechanisms provided in the Bill.

For Irish business owners and potential investors, this Bill provides for a robust framework from which all future annual Climate Action Plans and carbon targets will flow. We anticipate that the impact of this Bill will particularly affect businesses in the energy, transport, built environment and agri-food sectors, given Ireland's emissions profile. Businesses in these sectors should pay particular attention to the applicable sectoral targets to be set within the Climate Action Plans, as these plans may change on an annual basis, and will determine the particular policy measures that will be applied. The first carbon budgets are due to be set from 2021.

The Bill represents a significant step-change in the governance arrangements for delivering on Ireland's legal obligations under the Paris Agreement and EU law to decarbonise the economy.  It represents one of the central commitments of the current Programme for Government.  The governance arrangements to be put in place by the Bill are designed to endure successive changes in government, ensuring that at all times there remains a legal obligation on the State and its institutions to pursue the transition to a climate neutral economy.

Coming shortly after the seminal Supreme Court decision striking down the previous Climate Mitigation Plan under the 2015 Act, the Bill will ensure that climate action is no longer something which is of a purely policy related nature. Instead it is firmly a domestic legal obligation which will permeate every aspect of the economy and society.

The publication of the Bill has, admittedly, been met with some adverse comments from environmental groups.  The criticism is that it does not go far enough in terms of the obligations on the Government to achieve the goals outlined.

We are of the view that this is a landmark piece of legislation and a critical step in the right direction for Ireland. It provides a solid legal framework from which the more detailed policies will flow. It will, when enacted, provide a clear and important signal to the economy, to businesses, farmers and to our communities that continued climate action is a fixture in the Irish policy landscape. 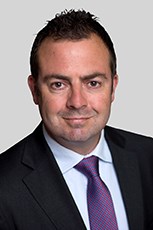