The High Court has confirmed that residential landlords are entitled to collect rent for the notice period a tenant ought to have given when terminating a Part IV tenancy without deduction. We review the decision.

The tenant in this case had occupied the dwelling for a number of years and acquired Part IV tenancy rights. The rent, originally €2,200 increased to €2,400, was payable monthly in advance.

The tenant did not serve a notice of termination on the landlord which in this case would have required 84 days’ notice to expire on 4 June 2018. The tenant was also in arrears at the time she vacated the dwelling.

The dispute was first heard by an RTB adjudicator who awarded the landlord 84 days’ rent, ie the notice period that the tenant ought to have given the landlord. The tenant appealed this decision.

On appeal the RTB Tribunal found that the landlord was also entitled to 84 days’ rent subject to the duty to mitigate his loss and therefore reduced the sum awarded. The RTB Tribunal found that the landlord had accepted the tenancy was at an end in March 2018 and that he could have re-let the dwelling prior to July 2018, particularly given that he was on notice since January 2018 that the tenant intended to vacate.

The landlord appealed the RTB Tribunal decision to the High Court on a point of law, namely:

“Whether an entitlement to rent in lieu of notice of termination under section 37(4) of the Residential Tenancies Act 2004 is subject to a duty to mitigate on the part of the landlord and if so, how is that duty to be performed.”

The legislation provides that the tenant is liable for the rent during the relevant notice period which ought to have been served.

The landlord argued that that there was no duty to mitigate his loss regarding a claim for a debt, contractual or statutory entitlement as in this case and that the duty only arose in damages cases.

The RTB argued that rent could not be due after a lease has been terminated or surrendered and a landlord had taken back possession. Accordingly, after the date of possession the claim was one for damages which are subject to mitigation.

The judge allowed the appeal and found in favour of the landlord.

While tenants may not be aware, there are statutory notice periods, using formal termination notices, which should be used where a tenant wishes to terminate a Part IV tenancy.

In recent months, we are seeing tenants vacating dwellings and relocating. These tenants should follow the necessary steps and give the requisite notice failing which landlords may decide to lodge a dispute with the RTB. 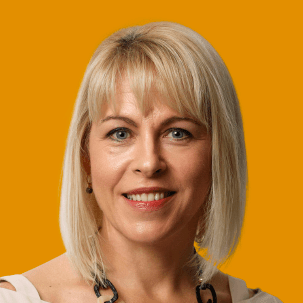