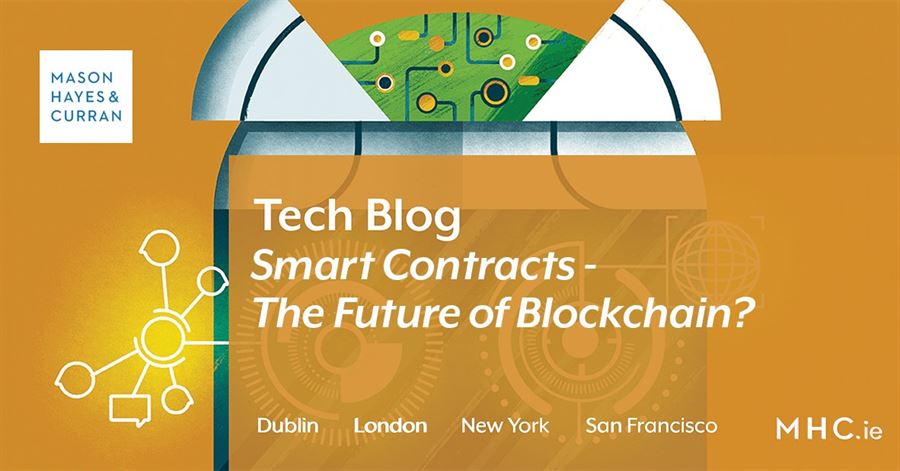 Blockchain, also known as distributed ledger technology, has the potential to revolutionise how we conduct business. It is perhaps most famously known as the technology that allows the cryptocurrency Bitcoin to work. However, one of the most exciting aspects of blockchain is the potential to use it as the platform for self-executing ‘smart contracts’. Smart contracts have massive potential benefits for businesses as an efficient and secure replacement for traditional documents. They could streamline the legal process by enforcing a contract automatically and removing the need for the parties to trust each other or to use a middleman to draft and execute.

Understanding exactly how blockchain works can be tricky as the technology is relatively new. Blockchain is like a large distributed database or ledger. The ledger is decentralised so there is no one party controlling it. The same copy of the ledger is downloaded onto every computer and every transaction ever made is, generally speaking, recorded onto the ledger for all users to see. This helps keep the ledger secure as any manipulation of one copy of the ledger can be seen by others.

Transferring an asset from one person to another typically requires a trusted middleman, such as a bank, to facilitate the transaction. Blockchain removes the need for a third party intermediary and allows parties to link together directly without the need to trust each other. Instead, blockchain uses a consensus model to verify the transaction using a complex series of algorithms and cryptography.

Blockchain technology could be applied to almost every type of transaction involving an asset, whether money, shares or property. Blockchain could also provide parties with a secure replacement for traditional paper contracts - a smart contract.

Typically, when we think of a contract, we imagine a typed paper agreement. Blockchain could render this a thing of the past. The digitisation of business has prompted the technology industry to revisit how we contract, which is one of the building blocks of modern day finance and business.

Smart contracts are not ‘contracts’ in the traditional sense. Rather they are programmable transactions that can automatically execute the terms of a contract once a defined set of rules are met, without the need for independent verification. The terms that make up the contract are coded and uploaded by software built on the blockchain. While Bitcoin is limited to the currency, smart contracts typically use the Ethereum version of blockchain.

An obvious benefit of no party controlling the self-executing contract is that the parties don’t need to trust each other. There are other potential benefits such as lower compliance costs and scalability that may arise with the wider uptake of smart contracts in the future.

A smart contract built on blockchain could be adapted to track the location of a contract, record an undisputable history of changes to the contract, and verify electronic signatories. In the future we could see smart contracts used for everything from distributing assets of an estate on death, to gym membership contracts, to property conveyances. The music industry could also adopt smart contracts to automatically keep track of ownership of music rights to facilitate licensing and royalty payments.

Despite the many benefits, smart contracts don’t operate without a degree of risk:

It is clear that while smart contracts offer many benefits, they are not ready to fully replace mainstream traditional contracts and human interaction just yet. Creative solutions will need to be put into practice to deal with the risks that arise as smart contracts become a reality. For now we will stay tuned to the exciting developments in this area.