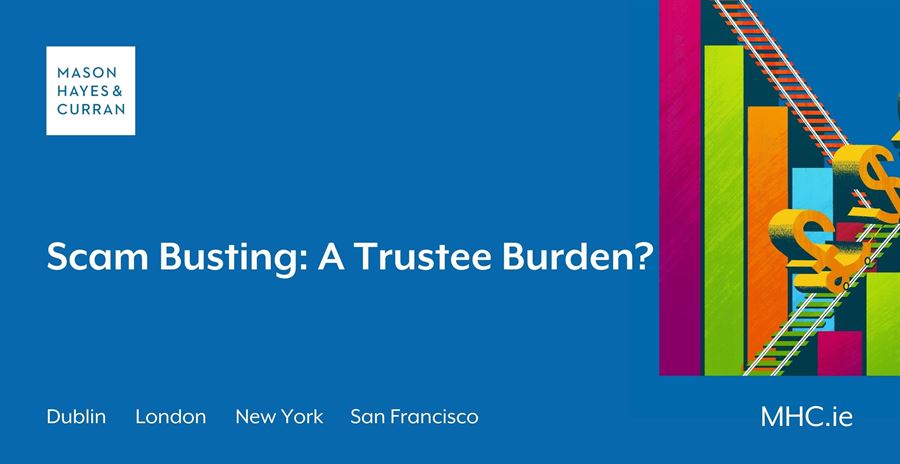 The cash equivalent transfer value (CETV) is the cash value placed on a member’s pension benefits. Later this year, the UK Government are expected to introduce regulations that will significantly change the law relating to CETVs. The purpose of the new regulations is to provide additional safeguards against pension scams for members. However, the regulations place the responsibility for completing this analysis on behalf of an outgoing member on the trustees of the transferring scheme.

Certain schemes will be excluded from the new regulations. This means that a proposed CETV to these schemes will not require any analysis by the transferring trustees or their scheme administrators.

The schemes excluded include:

Also excluded are collective money purchase schemes which are established under the Pension Schemes Act 2021.

For any schemes that do not benefit from the exclusion or are not UK occupational pension schemes, the transferring trustees must assess the transferee scheme on the basis of a flag system. There will be both “red flag” and “amber flag” issues.

Some of the aspects of a proposed transfer likely to give rise to an amber flag include:

As might be expected, red flags issues are those which are more serious and indicative of pressure being brought to bear by the promoters of a scam pension or investment.

Some red flags will include:

Onus on the trustee

To allow for an amber flag assessment, the trustees may ask the member to complete a questionnaire which was included in the consultation materials for the new regulations. Further guidance on the assessment is also expected from the Pensions Regulator later in the year. However, the burden is very much on the trustees to make the call. It is likely that many trustees will adopt a cautious approach and ask the member to take advice from the Money and Pensions Service before allowing the transfer to proceed. The time taken to complete this step is likely to frustrate members and may lead to complaints where transfer values are impacted.

The current position in Ireland

There are no pension scam specific regulations in Ireland at present. The Pensions Act 1990 contains statutory “whistle-blowing” provisions. These provisions place a legal requirement on certain persons, including trustees, actuaries, auditors and key function holders, to report a suspected fraud or material misappropriation to the Pensions Authority (Authority). Voluntary reports can also be made to the Authority and the statutory provisions contain legal protections for the “whistle-blower”.

The question then is whether Ireland needs a set of procedural safeguards like those that will soon be implemented in the UK. The Dolphin/GPG scandal has led to losses of over €100m for 1,800 Irish investors. Many of the noteholders in the Irish funding vehicles for Dolphin/GPG were pension investors. Few of us need reminding of the fallout from the Custom House Capital Ponzi scheme, where many of the investors were pension savers. While the level of regulatory oversight continues to increase across the board for pensions, one could argue that the vulnerabilities exploited by pension scams still need to be dealt with. However, it is likely that the responsibility for carrying out the necessary checks and making a decision on whether to allow the transfer request will fall on trustees.

Pension scams can lead to financial devastation where a saver’s retirement fund is wiped out completely. The investment restrictions brought about by the transposition of the IORP II Directive into Irish law will go some way towards reducing pension exposure to scam investments, which are usually unregulated and illiquid. However, pension regulations that specifically deal with scams are a definite possibility down the line.