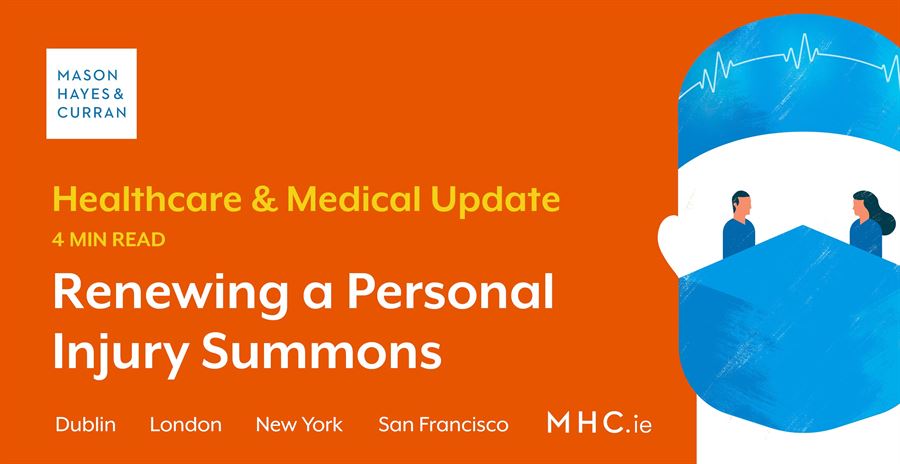 Earlier this year, the High Court delivered its Judgment in the case of Brereton v The Governors of the National Maternity Hospital & Ors[1]. An application was brought by two defendants in a medical negligence action to set aside the renewal of a personal injury summons granted to a plaintiff on 28 May, 2019. The renewal was granted under the amended Order 8, Rule 1 of the Rules of the Superior Courts (RSC).

The plaintiff issued her summons on 13 March 2018 but did not serve it at that time. The plaintiff submitted that she had been waiting on further expert opinion as to whether or not she had grounds for a claim. This expert opinion was only received in March 2019. Thereafter, the plaintiff submitted that due to inadvertence, the summons was not served within the 12 month time period and expired. Both the plaintiff and her solicitor asserted on affidavit that special circumstances applied to justify the extension.

However, prior to the summons expiring, a pre-litigation letter was served on the solicitor for the second and third named defendants on 10 March 2019 indicating an intention to bring proceedings. In her decision, Ms Justice Hyland concluded the letter made it clear that: 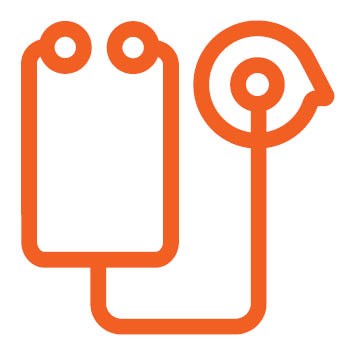 All parties to this case agreed that the “special circumstances” test, introduced by way of amendment to the RSC effective since 2019, imposes a higher bar than the test previously in place, being the necessity to show “good reason”.

Order 8, Rule 1(4) of the RSC provides: “The Court on an application… may order a renewal of the original or concurrent Summons for three months from the date of such renewal inclusive where satisfied that there are special circumstances which justify an extension….”

The plaintiff argued that following the decision of Mr Justice Meenan in Murphy v ARF Management Ltd & Ors[2], the “special circumstances” test has been substituted for the “good reason” test.

The defendants relied on the subsequent decision of Mr Justice O’Moore in Ellahi v Governor of Midlands Prison[3]. This decision concluded that the plaintiff must show special circumstances justifying an extension of time to seek leave to renew the summons and show good reason to justify the actual renewal of the summons.

In Ellahi, Mr Justice O’Moore acknowledged the decision in Murphy but noted that in Murphy, Mr Justice Meenan was not adjudicating the particular issue of the test but was considering the issue of whether there could be multiple renewals. Instead, he referred to the decision of Mr Justice Kelly in Whelan v HSE (Unreported, High Court, 31 May 2017) which held that there are two orders to be sought in a renewal application:

It was held that the special circumstances test applied to the extension of time for leave application but that the good reason test remained the applicable test when considering whether to renew.

Ms Justice Hyland accepted the “distinct ambiguity” in the wording of the new Rule, however she ultimately followed Ellahi and applied the good reason test to the actual renewal of the summons.

Extension of time for leave

In this particular case, Ms Justice Hyland reached the view that there were special circumstances justifying the extension of time to bring the application for renewal, on the following basis:

Ms Justice Hyland refused the application by the defendants to set aside the Order.

Interests of justice and potential hardship

In reaching her decision, Ms Justice Hyland relied on previous case law on the “good reason” test with respect to the necessity to have regard to the interests of justice and potential hardship.

In the 2019 case of Sinead Barry v Conor McCann, Mater Private Hospital, Mater Private Healthcare and Mater Misericordiae University Hospital Ltd[4]; Mr Justice Noonan refused to set aside an Order renewing a summons. This decision was made on the basis that the potential prejudice to the defendants did not outweigh the potential prejudice to the plaintiff if the personal injuries summons was not renewed. The Court held that the balance of hardship favoured the plaintiff and that the interests of justice were served by refusing the defendants' applications.

The evolving area of law as it relates to the renewal of summonses has proved fertile ground for litigation. The ambiguity of the wording of Order 8 has led to differing interpretations in the cases of Murphy and Ellahi. The recent decision in Brereton has provided some welcome clarification.

We conclude with some cautionary advice for legal practitioners:

Following the decision in Murphy, referred to above, a summons can now only be renewed on one occasion by the High Court.

For more information on this complex and evolving subject matter, contact a member of our Healthcare & Medical team.