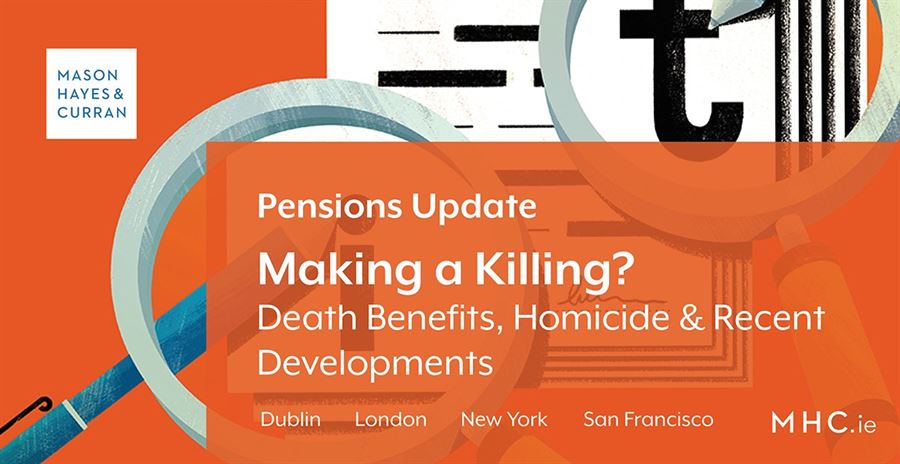 The Civil Liability (Amendment) (Prevention of Benefits from Homicide) Bill 2017, which seeks to prevent the property of homicide victims from passing to their killer has been introduced by Fianna Fáil Spokesperson for Justice, Jim O’Callaghan TD. The Bill is an attempt to bring recommendations from a 2015 Law Reform Commission paper on the topic into law, and will amend the Civil Liability Act 1961 if passed by the Irish Government.

As it stands, there is nothing in Irish law which prevents the perpetrator of homicide from benefiting from the estate of the person they have killed. Most of these scenarios arise in spousal relationships, and these have been the cases which have caused much commentary and controversy in recent years. The issue was brought into the public consciousness once again by the recent court battle over the estate of Celine Cawley (for whom the new Bill is named), after her husband and convicted murderer Eamonn Lillis stood to inherit her estate. Lillis ultimately won 50% of her estate in the High Court, which prompted outcry at the perceived injustice of the profiteering from murder.

Pension scheme trustees are less constrained by the strict rules of probate and can exercise an element of discretion; however they are still caught in a quandary given the potential for a killer to be the beneficiary of death benefits. Whether or not to refuse to pay monies to a spouse who has been guilty of some wrong doing is a difficult decision for trustees to take. The position could be complicated further if the spouse has been named as a beneficiary in a letter of wishes or will. Should or can the trustees depart from these wishes in cases where the potential recipient has been found guilty of a crime.

For pension scheme trustees, the most crucial provision of this Bill is the definition of “property” in the recitals. The definition is broad and includes “[…] any part or combination of such property, including land, goods, money, property held under a trust, or the proceeds of an insurance policy or pension (whether such a pension arises from a pension contract or trust or by virtue of statute), and whether or not such property forms part of the estate of the victim”.

This means that where a person has been killed by homicide, the Bill operates to prevent any death benefits, or any other pension monies, from being paid out to any offender convicted for their involvement in the killing. The most obvious result of this is that trustee discretion on this issue will be removed, with the prohibition on payment to offenders being clear.

Trustees may be glad that a potentially difficult decision has been resolved for them, but a secondary consequence of this Bill is that trustees may be required to wait years before resolution for a deceased scheme member’s death benefits can be reached. Investigations and convictions for homicide can take years to conclude, before even considering potential appeals. How will this fit with the requirement contained in many pension scheme rules that death benefits be paid within two years’ of the death of a member?

The Bill is not without its detractors either. The issue of constitutionality has been raised, given that the Bill seeks to amend long established principles of property rights and distribution. This point was recently raised during hearings on the Bill before the Joint Oireachtas Committee on Justice by UCC Professor of Law, Prof John Mee. He stated that the Bill as drafted raised significant problems. In recommending further amendments, he stated the Bill also opened the potential for loopholes that could be exploited by criminals, with the potential to make things worse rather than better.

As it stands, the Bill has more than a reasonable prospect of progressing into law. The Government has given a commitment in support of the broad parameters of the Bill, pending the tidying up of the provisions in consultation with the office of the Attorney General. It is therefore likely there will be smooth passage given the governmental approval.

Should you have any questions relating to death benefits and the potential impact of this Bill, please contact a member of our award-winning Pensions team.