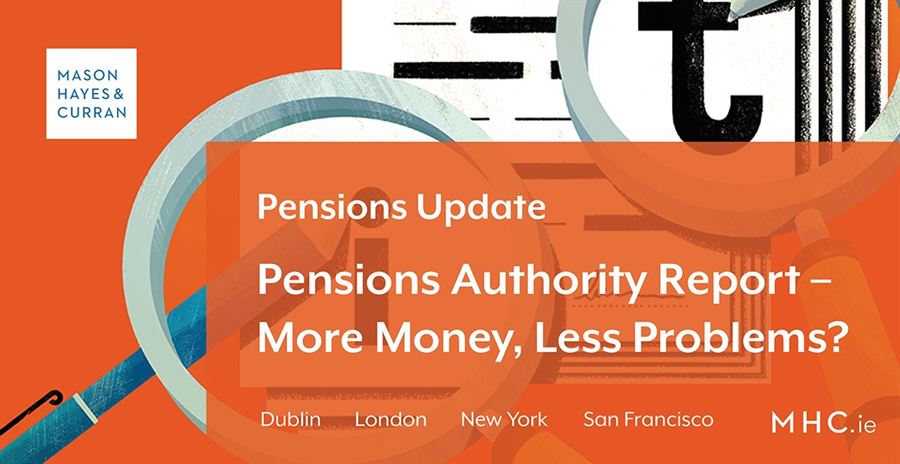 In the Report, Mr Begg highlighted two key changes that implementation of the IORP II Directive will bring when it finally becomes part of Irish Law.

The Authority will make a fee recommendation to the Minister for Employment and Social Affairs as a result of the increased supervision and associated costs outlined above.

The Pensions Regulator, Mr Brendan Kennedy, noted that the Authority plans to launch a programme of intense engagement to assist both pension scheme members and trustees understand the requirements of the IORP II Directive.

The Authority also welcomed the creation of the Interdepartmental Pensions Reform and Taxation Group, which it has begun working with on request and welcomed the improved financial situation of the defined benefit scheme.

In 2018, four cases were concluded, this represented a decrease from 2017 where 18 cases were concluded. One included a €900 fine and conviction against an employer for the deduction of pension contributions from employees’ wages and failing to remit them to the pension scheme trustees within the statutory timeframe.

16 engagement meetings took place between the Authority and defined benefit and defined contribution schemes. The goal of these meetings was to ensure that trustees were carrying out their obligations and for the Authority to introduce improved governance standards into trusteeship.

The Authority carried out 179 desk based audits which was a significant reduction from the 296 audits that were conducted in 2017. The key areas of focus concerned the payment of benefits, compliance with pension scheme disclosure requirements, employee pension access and remittance of pension or PRSA contributions. In 2018, the Authority also audited 108 relevant organisations who participate in the Single Public Sector Scheme.

In 2018, the Authority received and responded to six FOI requests this was down one from seven requests in 2017. In both years the requests and responses were all completed on time.

The key takeaways from the Report are: