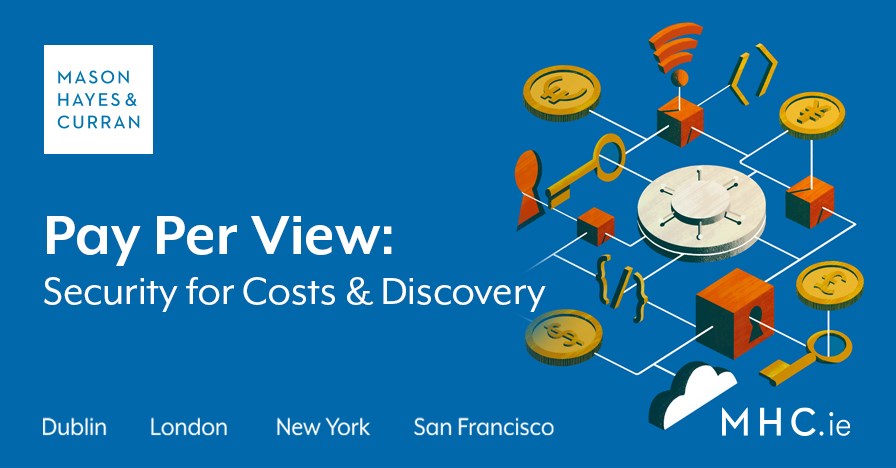 The age of big data has led to a steep rise in the volume of potentially discoverable material. Trends in caselaw suggest that the courts are cognisant that the exercise of making discovery has moved to exponentially larger amounts of information.

A decision of the Commercial Court in Betty Martin Financial Services Limited v EBS DAC puts a litigant’s ability to seek security for costs before embarking on discovery back in the spotlight.

Having obtained the injunction, both parties then issued motions seeking discovery. EBS agreed to provide some modified categories of discovery, but refused to provide certain other categories unless Betty Martin provided security for costs in discovering those documents. Granting security for costs would require Betty Martin to lodge monies in court to cover EBS’s costs of making discovery.

EBS put evidence before the court demonstrating that the requested categories comprised 7.25 million files. A report from Grant Thornton advised that the cost of discovering those categories would be €266,670. Financial statements were also produced demonstrating that Betty Martin’s profit after tax in 2018 was €19,625 with net assets of €120,625.

The court considered the earlier decisions in 'Framus Limited v CRH' and 'Quinn v IBRC' which produced a non-exhaustive list of considerations when granting security for costs in discovery:

The criteria set out in Framus/Quinn cases were applied to the facts of the case.

Justice Quinn granted security for costs to EBS for the following reasons:

As discovery costs have disproportionately increased against the overall costs of litigation over time, parties have increasingly used the discovery process as a tactical tool to force settlement. This decision is a further welcome reminder that there are options available to litigants to resist overly expansive and expensive discovery requests.

For more information contact a member of our Dispute Resolution team.