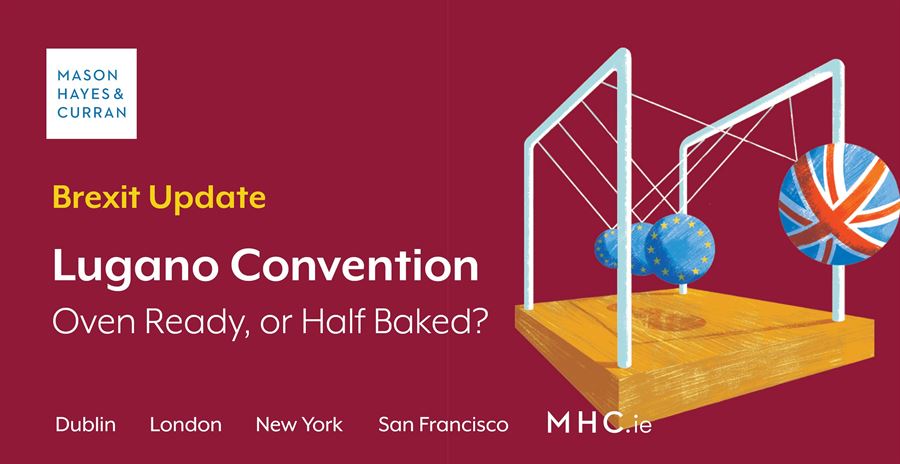 Described as an oven-ready solution, the Lugano Convention 2007 is similar to the Brussels I Regulation, which itself was the forerunner to the current Brussels I Recast Regulation (BRR). BRR currently regulates cross-border enforcement between EU countries so that judgments are readily recognisable and can be swiftly enforced. However, this will cease to have effect in the context of dispute with a UK nexus from the end of this year.

In response to this, the UK has submitted to accede to the Lugano Convention (Lugano) in its own right as an independent party. Lugano governs jurisdiction and the enforcement of judgments between the EU and European Free Trade Association (EFTA) states — Switzerland, Iceland, and Norway.

Why is it needed?

The UK has been a hub for cross-border litigation for decades and will likely remain to be so for years to come. So, the ability to easily enforce judgments once the UK is no longer part of the EU is essential to facilitate cross-border trade.

There is no doubt that businesses within both the UK and remaining EU27 want a stable enforcement regime post-Brexit. However, a mechanism is needed to have the effect of harmonising different national rules. This would minimise scenarios in which parties to a dispute need to bring fresh proceedings, which will inevitably be costly and slow — at least for the party who wants to get paid.

The adoption, or re-adoption, of Lugano will provide a certain level of predictability and certainty for businesses in cross border disputes. In the absence of any such framework, cross-border litigation will not be as straightforward as it is under the current BRR. This is because parties would then have to rely on the individual state rules of each country. If the UK were to become an independent party to Lugano, it would mean judgments should be fairly easily enforceable between the UK, the EU member states and the EFTA states.

What are the hurdles?

While this is a step forward in addressing cross-border litigation post Brexit, it is no easy fix.

There have been suggestions that the Commission itself may not be enthusiastic about the UK’s possible accession to Lugano. As with other aspects of the current UK/EU negotiations, the principle of a “level playing field” is cited. For example, the UK may be in a position to deviate from CJEU rulings in this area, to their advantage, without being penalised. This is because Lugano does not include certain perceived improvements contained within the BRR.

Without doubt, the ability to easily enforce judgments post Brexit will be an essential element to the facilitation of cross-border trade. While acceding to Lugano is a welcome step, it is not a quick fix to the gaps that will be left behind in cross-border litigation once the BRR ceases to be in effect, vis-à-vis the UK. However, it is far preferable to the situation that cross border enforcement is left to the more random application of differing member state laws. While the Lugano solution will not be in place by the end of the year, we certainly hope that more progress is made in this regard in the coming months.

In the meantime, for the purposes of retaining a degree of control on cross-border disputes, it seems that lawyers have tended towards advising clients to include arbitration clauses in their contracts with UK entities.

For more information on enforcing judgment across borders post-Brexit, contact a member of our Debt Recovery team.