A new foreign direct investment (FDI) screening regime is imminent, with the Investment Screening Bill (the Bill) included in the Irish Government’s recently published Autumn legislative programme. The effect of the new regime will be increased process and scrutiny in respect of FDI in Ireland. The Bill will also give a newly formed Investment Screening Unit (Screening Unit) powers to assess, investigate, authorise, condition, prohibit or unwind FDI in certain key sectors.

FDI is a key pillar of the Irish economy and has been traditionally welcomed. While the Irish regime is not expected to interfere unreasonably or unnecessarily with FDI, the notification and approval process will mean split signing and completions for a greater number of FDI transactions in Ireland.

The Bill, once enacted, will give effect to Regulation (EU) 2019/452 (the Regulation) in Ireland. The Cabinet has agreed on an early draft of the Bill, but there has been a delay in the publishing of it due to a focus on COVID-19 related legislation. However, it is now anticipated that the Bill will be enacted quickly as there is no pre-legislative scrutiny expected.

What will be in the Investment Screening Bill?

It is expected that the Bill will contain the following:

Submissions varied during the consultation process in calling for voluntary or mandatory notification under the regime. A mandatory and suspensory notification requirement is expected which would allow investors to ascertain with certainty whether a notification is required, plan accordingly, and avoid ex-post reviews of investments. Ireland already operates a mandatory and suspensory merger control regime. It is expected that FDI screening, where relevant, will run concurrently with any merger control review, with clearance required in advance of completion subject to any conditions imposed by the Screening Unit.

It is not known if the legislation will include a phasing-in period or if it will become effective on enactment. It is unlikely that the legislation will be retrospective in effect. In anticipation of the new regime, transactions involving FDI in Ireland with a split signing and completion should include an additional condition to completion. This condition should ensure that any notification required under the new Irish FDI legislation has been complied with and that any necessary approval or consent has been granted.

What will the Bill cover? – “Security or Public Order”

The FDI Screening Regulation applies to FDI that is likely to affect “security or public order”, which is defined very broadly. It includes:

It is unclear whether Ireland will regulate “security” and “public order” broadly or whether specific at-risk sectors will be identified in the legislation. There has been a specific focus by Member States on healthcare since COVID-19. While the new UK National Security and Investment Act falls outside of the EU regulatory landscape, it may offer some insight as to the sectors which could be regulated under the Bill. This legislation grants the UK government powers to restrict and/or block certain investments from foreign investors in 17 key sectors, including communications, military/defence, energy, transport, AI, crypto, and critical suppliers to the government or to emergency services.

Input of other Member States

This timeframe should be factored into any transaction which falls within the FDI screening regime.

Expected approach – What next?

The Irish Government will be keen to continue to encourage FDI in Ireland, while protecting against any legitimate security or public order concerns. The vast majority of submissions during the consultation phase warned of the effect any disproportionate, complex and over-broad screening and approval processes would have on international deal-making. It is expected that the legislation will avoid any unreasonable interference to the extent possible, while ensuring proper scrutiny of FDI in key sectors and industries in Ireland.

For more information and expert advice on FDI in Ireland, contact a member of our Corporate team. 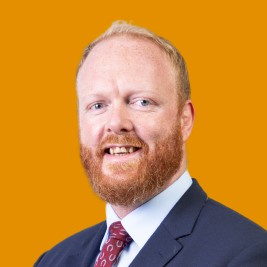