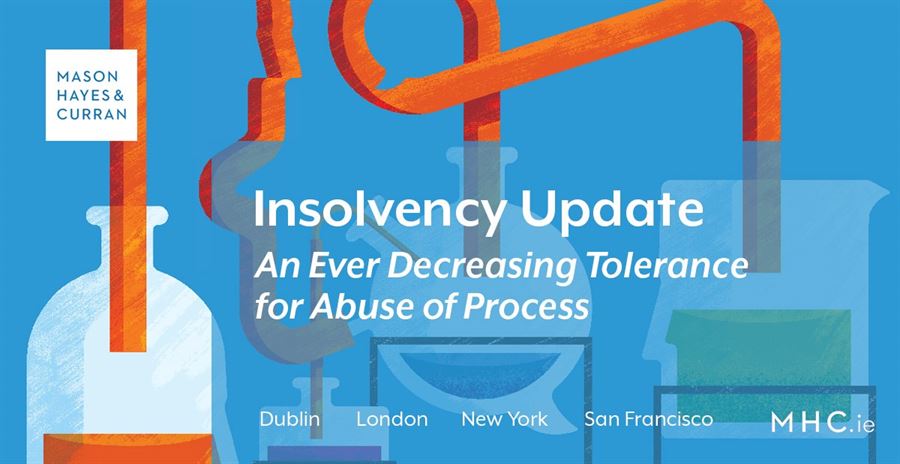 Overall 2018 has produced a number of positive judgments from the perspective of lenders and insolvency practitioners.

In particular, the courts delivered many useful judgments disposing of numerous challenges to the enforceability of loans and security and, also, restricting abuse of the courts’ processes.

A handful of lay litigant “advisors” have effectively disrupted enforcement against a significant number of borrowers in recent years. When lay advisors assist a litigant in court they are referred to as “McKenzie Friends”.

Ben Gilroy is a well-known lay “advisor” who has been convicted of criminal contempt of court.

“I am satisfied that by his conduct in and out of court Mr. Gilroy has shown that he is an entirely unsuitable person to act as a McKenzie Friend.”

and made an order, amongst other things, restraining Mr Gilroy:

“whether alone or in concert with any other person, from advising, participating in, assisting or otherwise engaging in litigation in any court in the State in a representative capacity on behalf of others, whether in the capacity of “McKenzie Friend” or otherwise.”

Separately, the courts introduced a practice direction barring former solicitors and barristers, who were prevented from practising due to professional misconduct, from acting as McKenzie Friends.

This demonstrates that the courts are willing to deal with the most egregious behaviour and it is to be hoped that this mitigates the behaviour of other such ‘advisors’.

He who calls the tune may have to pay the piper

Litigation relating to insolvent companies in the Cunningham Group, commonly referenced as Moorview Developments and Salthill Properties, has produced more written judgments than any other insolvency in living memory.

In 2018, the Supreme Court copper-fastened a landmark judgment delivered by the High Court in 2010, which required Mr Cunningham to pay the costs of certain proceedings in which he was not a party, but which he had funded.

It also makes it clear that suspected funders of litigation by insolvent companies should be warned by the defendant of a potential costs order, to make it easier to obtain such orders against them, and suggests that lenders funding plaintiff litigation by such companies may suffer such orders.

No smoke and one mirror

The Circuit Court refused an order for possession, on the basis that BOS had never been registered as the owner of the charge. That decision was appealed to the High Court, which stated a case to the Court of Appeal on the basis of the public importance of the issues.

The Court of Appeal held, amongst other things, that:

This judgment endorses the “mirror principle” - that the register in the Land Registry reflects accurately beyond all argument the title to registered land.

It also confirms that a cross-border merger, in compliance with EU law, does not cause billions of euros worth of security to evaporate.

While the High Court and, in particular, the Commercial List of the High Court are working efficiently, delays in the Court of Appeal are still proving to be a challenge. It is hoped that these can be addressed in the review of the operation of civil justice currently being conducted by the President of the High Court.

Irrespective of how Brexit ultimately operates, Ireland is now an attractive choice of governing law and jurisdiction for the EMEA operations of multi-national companies, as a common law English speaking jurisdiction. If Ireland is to capitalise on this opportunity, the efficiency of its court processes needs to be maintained and improved. The developments in 2018 evidence a willingness on behalf of the judiciary to take steps to proactively deal with behaviours that threaten efficiency.