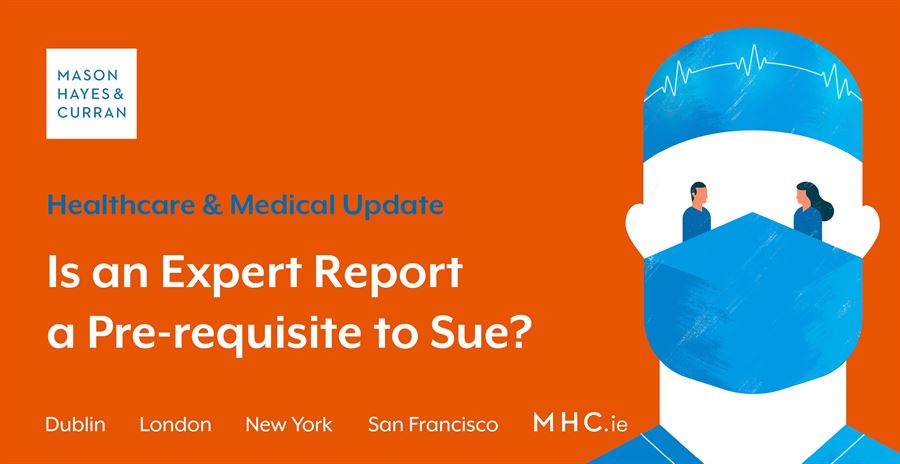 In November 2020 the Supreme Court delivered its unanimous judgment in Mangan v Dockeray[1] overturning decisions of both the High Court and Court of Appeal.

The High Court had dismissed the plaintiff’s claim on the basis that it failed to disclose any reasonable cause of action against the second and third defendants on foot of the Rules of the Superior Courts, specifically O. 19, r. 28 RSC. The Court of Appeal upheld the trial judge’s assessment. We previously reported on the decision of the Court of Appeal here, which sets out the background to these proceedings.

1. Where a plaintiff in a personal injuries action:

On the first issue, the Supreme Court observed that the relevant Rule of the Superior Courts is exclusively pleadings-based and that the Court should not conduct an examination of the underlying evidence. The Court found that both the trial judge and Court of Appeal had incorrectly relied on deficiencies in evidence and on this basis alone, the Court considered that neither judgment could stand.

The Court then proceeded to the question of whether an expert report was a pre-requisite to the commencement of professional negligence proceedings. The Court began an extensive review of relevant case law and in particular to Cooke v Cronin[2]. The general approach followed in Cooke is that proceedings should only be instigated if there is a reasonable basis for doing so. The Supreme Court considered that this approach remains the prevailing trend while acknowledging that the manner in which it had been described has varied in the case law.

The Court saw no particular issue with the plaintiff basing allegations squarely on the fact that the first defendant had expert evidence against the second and third defendants. It formed the view that there was no reason in principle why the plaintiff could not obtain this expert evidence either by way of discovery or disclosure. The Court expressed that “evidence is evidence from wherever it might come” provided it is relevant and admissible.

The Court further added that there may be exceptional circumstances where it will not be necessary to insist upon the availability of an expert report, and that a degree of flexibility is required in this regard.

Ultimately, the Supreme Court could not conclude that there was a failure to disclose a reasonable cause of action or that the action was bound to fail. It equally did not consider that the action should be dismissed on the inherent jurisdiction basis. The effect of this decision is that the second and third defendants are once again parties to the plaintiff’s claim.

To summarise, the generally accepted position is that an expert report is required in order to ground allegations in professional negligence proceedings. However, the absence or lack of access to such an expert report is not always fatal. The key takeaway message is that a reasonable basis must exist before professional negligence proceedings are issued.