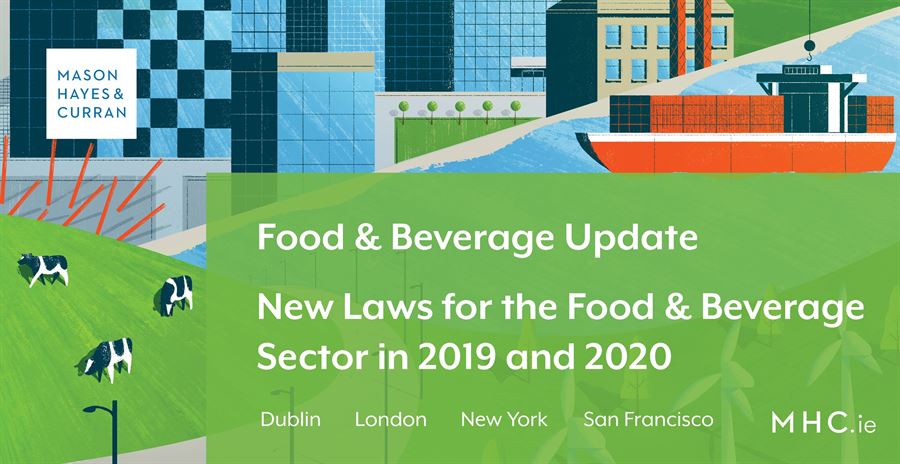 The country of origin or place of provenance of a primary ingredient, which is different from that of the food product it is part of, will have to be given on the packaging. To be clear, the Regulation does not introduce mandatory country of origin labelling for all food products: it only applies to foods whose origin is indicated – whether on a mandatory or voluntary basis – and where the place of origin of its main ingredient differs.

There are exemptions available in respect of geographic terms included in customary and generic names (for example French fries, Hawaiian pizza or a Danish pastry) which appear to indicate the origin of the food, but the common understanding is that these terms do not indicate the country or place of origin of the food. The new Regulation will not affect the continued use of such terms. Additionally, protected geographical indications and registered trademarks do not fall within the ambit of the Regulations.

This Regulation finally tackles a gap that was left in the original food labelling legislation due to the level of controversy on the issue. No longer can a packet of breaded chicken fillets be described as “made in Ireland” if the chicken comes from Thailand. It is evidence of the move towards full transparency in food labelling, and the drive to increasing consumer confidence in the provenance of food products.

The Regulation comes into effect on 1 April 2020. We discuss the likely impact of this law in greater detail here 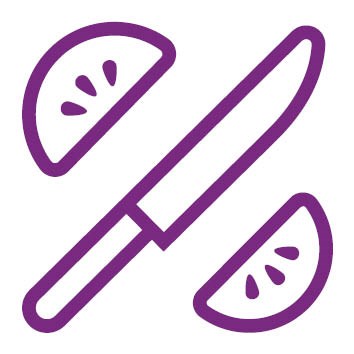 The Single-Use Plastics Directive (EU) 2019/904, bans certain single-use plastic products - disposable products that are designed to be used only once, or for a short period of time, before being thrown away - as well as imposing measures to reduce consumption, extend producer responsibility, and design requirements for beverage containers.

The Directive bans 10 single-use plastic products for which alternatives are readily available on the market are banned while also introducing measures to reduce consumption of food containers and beverage cups made of plastic.

EU Member States must bring laws, regulations, and administrative provisions necessary to comply with this Directive into force by 3 July 2021. This timeframe can be extended to 3 July 2024 to apply measures to ensure that certain single-use beverage containers that have caps and lids made on plastic may only be placed on the market if the caps and lids remain attached to the containers during the products’ intended use storage.

CBD products under the Scope in Ireland

In 2019 there were prosecutions under the Controlled Drugs laws of retailers for selling CBD products containing small amounts of THC. Health food stores selling CBD food supplements and CBD oils containing THC have been raided by the Drugs Squad of the Irish Police, with all CBD products being seized.

Confusion has arisen over legal levels of THC, with widespread misconception that CBD products containing less than 0.2% THC are legal to sell in Ireland. A product containing CBD alone, with no THC, is not a controlled drug, and may be sold without a licence. However, a CBD product which contains any THC, even less than 0.2%, is illegal under the controlled drugs legislation. The confusion stems from the regulations on growing hemp plant – certain varieties can be grown in Europe, as listed in EU’s ‘Common Catalogue of Varieties of Agricultural Plant Species’ and for which the THC content does not exceed 0.2% (Regulation (EU) No 1307/2013). To reiterate however, this is only in relation to the growing of hemp plants for industrial use that the 0.2% THC level is relevant, and not in the context of acceptable levels of THC in any CBD products being sold or consumed in Ireland.

There is a further area within food law that can pose obstacles to the sale of CBD oils in particular. The source and method of manufacture may be relevant to whether a food product must obtain an authorisation in the EU as a novel food before it can be sold. The novel foods regime requires that any new or novel food must be subjected to certain health and safety checks by the EU authorities before it can be sold to consumers, whereas established foods, ie those widely consumed in the EU prior to May 1997, are presumed to be safe for human consumption. The Irish food authority (the FSAI) indicated that CBD oil produced through cold pressing was not considered a novel food. However, in January 2019, the European Commission updated the Novel Food Catalogue to state that extracts of Cannabis sativa L. and derived products containing cannabinoids are considered as novel foods, as a history of consumption has not been demonstrated. While Member States have some discretion in this area, the industry is keenly awaiting a decision at EU level on the first application for novel food authorisation for a CBD food product. Until that decision is made, the sale of foods containing CBD will continue to be a grey area.

The Public Health (Alcohol) Act 2018 was brought in to tackle Ireland's ongoing problem with over-consumption and misuse of alcohol. The Act seeks to reduce the per capita alcohol consumption to the OECD average of 9.1 litres, some two litres below our current levels.

The Act introduces a number of labelling requirements for alcohol products, but as above the relevant section of the legislation is yet to be commenced. Licensed premises will be required to display a notice inside the premises with the certain health warnings and details of a public health website to be set up by the HSE. They will also be required to have a document containing the calorific value and pure alcohol content of alcohol products sold on the premises.

As of 12 of November 2019 there is a prohibition on the advertising of alcohol products in a number of locations such as, in train or bus stations or at bus stops and in or on public service vehicles, light rail vehicles or trains. As of the same date it is now also an offence to advertise alcohol products in a cinema, or to market alcohol products on children’s clothing by way of a trade mark, marketing image, emblem, logo or reference.

Ever before the Single Use Plastics laws come into force, many businesses have been reducing the use of plastics, reconfiguring products and looking critically at supply chain materials. This is driven by consumer sentiment and a brand’s reputation rather than purely legal obligations. We expect businesses to increasingly focus on their green credentials as they prepare for regulatory changes such as the Single Use Plastics ban in 2021.

Prosecutions of traders for selling illegal CBD products may be a speedbump for the sector in 2020. The increased level of enforcement in 2019 described above, and any further recalls of CBD products containing any THC by the FSAI, will cause further concern in the sector. Developments at an international level – such as the novel foods application being granted by the European Food Safety Authority, and/or changes to rules on THC levels in connection with international conventions on narcotics trading – may prompt the Irish government to bring the laws on permitted THC levels in CBD products in Ireland into line with other European countries where 0.2% THC or more can be legal. Until then, the sale or possession of CBD products in Ireland with any trace of THC leaves a person business liable to prosecution.

In relation to the country of origin labelling requirement, food businesses should use the first quarter of 2020 to prepare for the law coming into effect on 1 April 2020. (Food placed on the market or labelled before 1 April 2020 can be made available until stocks last).

The government is reportedly set to fast-track the minimum unit pricing section of the legislation following the success of a similar provision in Scotland. Alcohol consumption in Scotland was reported as dropping to its lowest levels since records began following the introduction of MUP in 2018. The government’s preference was to align the introduction of minimum alcohol pricing with Northern Ireland, but with the continuing political stalemate in the North, the Minister for Health confirmed in October that he was seeking Cabinet approval to proceed with minimum unit pricing of alcohol by the end of 2019.

Other provisions of the Public Health (Alcohol) Act 2018 are expected to come into force during 2020. The ban on sales promotions on alcohol products, such as two-for-one offers or limited reduced price offers, will come into effect in September 2020 (subject to EU approval), and the structural separation of the sales area for alcohol from the area selling non-alcohol products takes effect in November 2020.

We expect to see further regulatory changes and opportunities in 2020 as a result of the trends of sustainability, reducing carbon footprint, provenance / transparency, health promotion, and individualised nutrition. 2020 should also be the year when many exciting projects based on agritech – including internet of things, sensor technology, artificial intelligence and blockchain – are implemented and benefit innovative food businesses.

If you would like to discuss the potential impact of increased regulation on your business in 2020, contact a member of our Food, Agriculture & Beverage team.