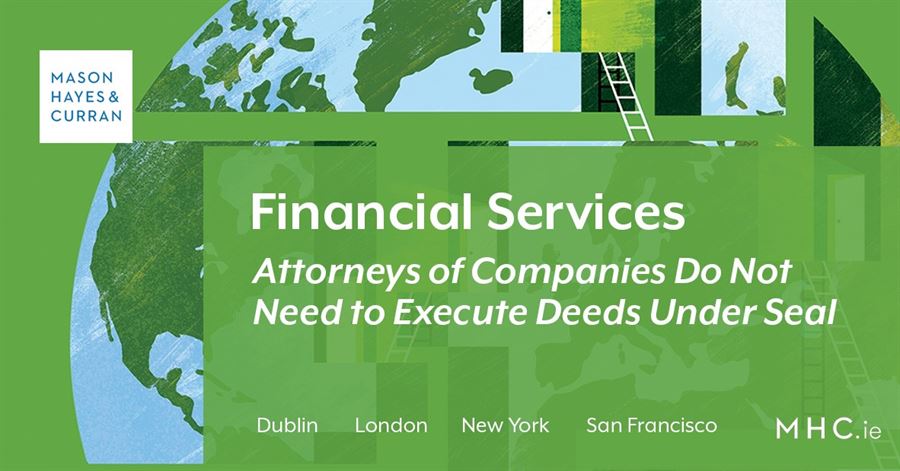 Since the economic downturn, the courts have seen a marked increase in defaulting borrowers acting for themselves, particularly in cases involving the recovery of property. These parties often struggle to find a substantive defence and resort to defences alleging technical non-compliance with laws and procedure. Most such defences have been robustly rejected by the courts and a few have resulted in procedural changes.

The execution of deeds

In, McGuinness & Mulligan v Ulster Bank Ireland Limited,[1] the borrowers had argued that a deed of appointment of receiver was invalid because the deed was “made” by the bank but had not been executed by it in accordance with law.

It was not disputed that:

Section 64 of the Land and Conveyancing Law Reform Act 2009 provides, amongst other things, that companies registered in the State, must execute or make, deeds “under seal” by affixing its official seal, or stamp, to the deed. Individuals are permitted to execute documents as a deed without affixing a seal to it.

The borrowers contended that as the deed of appointment was the bank’s deed, and therefore “made” by it, the legislation required that it be executed under the bank’s seal.

It does not appear that the Court believed the plain meaning of the section to be clear and it had to construe the words “executed” and “made” as used in the section. It held that the parties to a deed may be different from those who “make” or execute the deed on behalf of the parties.

Consequently, the Court confirmed that the appointment of the receiver was the deed of the bank but made on its behalf by an authorised individual. As that authorised person was not a corporate entity, no seal was required and the deed was valid.

This decision will be welcomed by financial institutions as it provides clarity that an attorney of a company does not need to execute a deed under seal. While applicable to the appointment of receivers it is clearly broader than that and applies to deeds generally.

For more information on the implication of this judgment, please contact a member of our Financial Services team.