As renewable electricity developers prepare for the introduction of the first RESS auctions in 2019, the Irish electricity transmission and distribution system operators published, on Friday 31 August 2018, the list of applicants for new connection capacity that have been deemed “eligible for processing” under the 2018 iteration of the new “enduring connection policy” (ECP) capacity allocation regime.

“Congratulations – you meet the criteria to be processed” 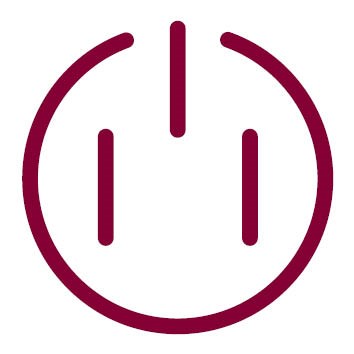 The somewhat bureaucratic tone of the results announcement understates the importance, to each successful applicant, of its appearance in the list. Each listed applicant can be assured that if it pays the next instalment of the required connection application fees, which are to be paid within one month, the system operators will process its application and will eventually schedule a connection offer date.

In March 2018, the Commission for Regulation of Utilities (CRU), Ireland’s energy regulator, decided to establish the ECP in order to streamline the connection process and address a bloated 36GW list of generators seeking capacity (on a system that has 10.8GW installed, and a historical peak demand of only 5.1GW).

Last Friday’s announcement refers to the first set of successful applicants under ECP: the so-called “2018 batch”. A 1GW tranche of connection capacity had been contemplated for this batch, which is to be the first of a repeating sequence of “batches”.

Of the 2018 batch, also known as “ECP-1”, 400MW was to be prioritised for applications related to projects that will be capable of supplying the DS3 fast frequency response and primary operating response products. DS3 projects in this category did not require planning permission in order to apply for connection capacity. However, they must meet grid code standards and must use proven technology. Battery storage technology was the major winner within the DS3 tranche, accounting for 351MW out of the 371MW allocated.

To reflect the practicalities of construction, minimum periods of planning permission validity were also included in the ECP-1 process: expiry no earlier than 28 May 2020 (where a planning permission had been extended), or 28 May 2019 (where no extension had been received). Unsuccessful projects should carefully consider whether their project has been properly excluded, having regard to the specific criteria.

When the final decision approving the design of the ECP process was made by the CRU in March 2018, it confirmed that in addition to the 1GW capacity tranche, advanced applications would also be permitted to transfer into ECP from the existing connection queue.

A separate tranche of projects applied for capacity relocations and change in generation before the grace period closed on 29 June 2018.

The “winners” and relevance for RESS

We now look briefly at the interplay between ECP-1 and Ireland’s new Renewable Electricity Support Scheme (RESS), which will be crucial in determining the delivery of Ireland’s next phase of renewable electricity generation projects.

Based on the CRU’s High Level Design paper published on 24 July 2018, the first RESS auction (“RESS 1”) is likely to be held in 2019 and will target the support of 1,000 GWh. It is not clear how many different projects this allocation will accommodate, given that RESS is to be procured by MWh (output) rather than MW (export capacity) and the expected duration of the RESS contracts has not been announced. Successful applicants will be required to achieve energisation and connection to the grid by the end of 2020.

The non-DS3 component of the ECP-1 batch comprises 67 projects that have a total export capacity of 591MW, of which approximately 550MW appear likely to be eligible for RESS. A number of these projects have planning permissions which expire during the course of 2019, 2020 and 2021. Therefore, based on the selection criteria, it is likely that these projects will be given connection dates that will enable them to compete for inclusion in RESS 1. The ECP-1 announcement neither refers to RESS, nor includes any commitment from the System Operators as to the timing of connection dates relative to the RESS deadlines. However, it would seem to frustrate the process if the connection dates offered do not take into account the planning criteria used for the selection of the ECP-1 batch.

In addition to the ECP-1 batch, there are:

A project that has navigated its way through the planning and ECP processes will – if its business case is contingent on government support – be hopeful that the detailed design of the RESS auctions allows it a reasonable shot at success in these auctions, before its various permits begin to lapse.

If developers of these projects wish to participate in RESS 1, they will need to anticipate the potential criteria that are likely to be required once the detailed design of the scheme emerges (following receipt by the State of State aid clearance). It is expected that criteria will include community engagement requirements, full planning permissions for the entire project and the provision of bid bonds.

In addition, they will need to anticipate how their funding arrangements, including loan tenors, might need to be structured to address the fact that RESS support will be denominated in, and capped according to, output (megawatt hours) rather than capacity (megawatts).

However, while uncertainties remain, the regulatory environment in Ireland for the development of renewable electricity is moving in the right direction. Nobody expected anything to be easy!

For more information on the participation of your project in the RESS 1 and ECP processes, contact a member of our Energy, Utilities & Projects team.