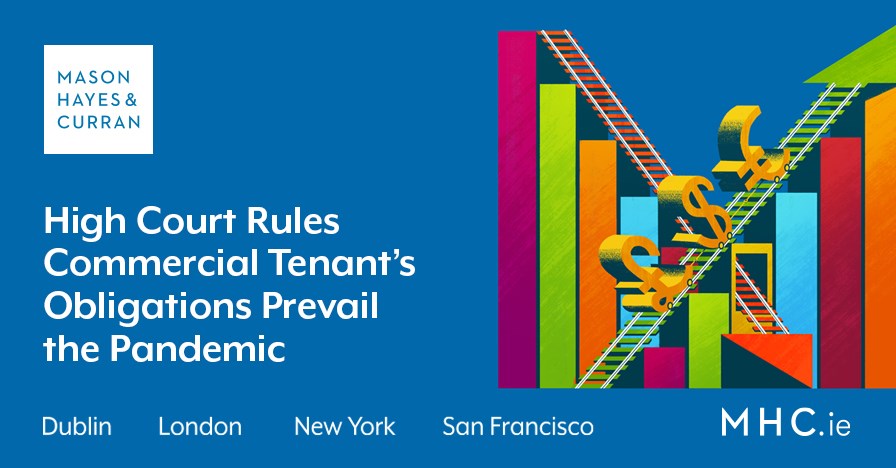 A recent High Court case underlines the difficulties a commercial tenant will face in seeking an injunction where it is in breach of its obligation to pay rent.

The dispute related to Klaw restaurant in Temple Bar in Dublin. In June 2020 Klaw obtained an interim injunction, which temporarily prevented the landlord from obtaining possession of the premises occupied by Klaw. The substantive injunction hearing subsequently took place on 6 October 2020.

The injunction was sought following the landlord’s demand for Klaw to deliver up vacant possession of the premises. This was part of an ongoing wider commercial dispute between the restaurant and its landlord. The landlord claimed that it was entitled to vacant possession on the grounds that the lease between the parties had expired and Klaw was over-holding. Klaw had not paid any rent for over a 6 month period due to its inability to trade arising from the pandemic.

In considering whether to grant the injunction, the court gave a clear and helpful explanation of the factors it will consider when dealing with an application for an injunction where the tenant is in breach of its fundamental obligation to pay rent. It held as follows:

On the basis of the evidence before the court, the court was satisfied that Klaw had raised a fair question to be tried which was not frivolous or vexatious.

Klaw’s landlord argued that the court could not grant the relief Klaw was seeking where it was in breach of its obligation to pay rent.The court referred to previous case law which highlighted the court’s general unwillingness to tolerate a failure to pay rent over a prolonged period, particularly where the tenant has ceased trading.

The court noted that it is not the case that a defaulting tenant can never get an injunction restraining a landlord from exercising its contractual rights to regain possession. However the court stated that the non-payment of rent will be “a major factor weighing against” granting one.

Where Klaw advanced no proposal prior to the hearing to discharge the arrears and was unable to substantiate its ability to provide an undertaking as to damages, the court refused to grant the injunction.

While the courts are sympathetic to tenants whose businesses have been negatively impacted by the pandemic, they will refuse to grant an injunction to a defaulting tenant where to do so would in effect subsidize the future trading prospects of the tenant while depriving the landlord the benefit of the premises.

For more information and expert guidance in all related matters, contact a member of our Commercial Disputes team. 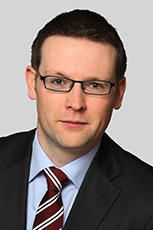