Ireland as a Location of IP

The Copyright and Related Rights Acts 2000 to 2007, originally enacted in 2001, are technology neutral to ensure flexibility in dealing with emerging technologies. That said, in order to ensure Ireland stays at the forefront of copyright, Ireland’s copyright laws are currently undergoing a root and branch review to ensure they are up-to-date and balanced in respect of modern technology and innovation.

The Trade Marks Act 1996 implemented European legislation aimed at harmonising trade mark law throughout the EU. It is also possible to apply for a Community trade mark as well as Irish trade marks. Ireland has also ratified the Madrid Protocol and it is possible to file an International Registration designating Ireland or from Ireland. Ireland also has comprehensive laws on the protection of unregistered trade marks under the law of passing off.

The Patents Acts 1992 to 2012 initially brought Ireland into line with the European Patent Convention but most recently, Ireland ratified the London Agreement to reduce translation costs for applicants.

The Industrial Designs Act 2002 modernised Ireland’s then antiquated design laws from the last century. As an EU member, Ireland also has the benefit of registered and unregistered Community designs.

Ireland is a particularly attractive location for the resolution of intellectual property disputes, as such matters qualify for specialist consideration by the dedicated Commercial Court division. The Commercial Court has specialist judges with vigorous case-management powers and a proven record of speedy and efficient resolution of disputes. This record compares favourably to any peer jurisdiction, with faster turnaround times than England and Wales and the United States. The result of this is that the average time of disposal of a Commercial Court matter is 21 weeks, with 25% of all cases being disposed of/concluded within 4 weeks, and 90% of all cases being disposed of in less than 49 weeks.

An application for entry to the commercial list will only be granted where the applicant has acted without unreasonable delay, and in actions involving claims valued at not less than €1,000,000 in respect of claims in contract or tort arising out of business transactions, as well as, exceptionally, intellectual property (including passing off) matters irrespective of value.

Any matter admitted to the commercial list will come before a limited number of specially selected commercial judges with particular experience in commercial matters and/or intellectual property. Bringing a matter in the Commercial Court adds urgency to the matter as the prospect of judicial resolution is accelerated to a timeframe of a number of months, which can be useful in focussing parties’ minds on the resolution of the matter.

Ireland offers a world class location for arbitrating international disputes following the introduction of the UNCITRAL Model Law (2006 version) by the Arbitration Act, 2010. There is robust court protection and limited court interference in the arbitration process, both pre and post award. In addition, Ireland is a signatory to the New York Convention and parties can take comfort from knowing the award will be enforceable in Ireland and will have reciprocal recognition. As regards efficiency, this will always depend on the arbitration procedure agreed between the parties and the selected arbitrator. However, there is a pool of highly skilled arbitration professionals, in all sectors including intellectual property law, based in Ireland and available to act, and the legal framework provides the parties with flexibility to agree their own procedure.

Ireland is recognised in Europe and around the world as a major inward investment location. Ireland has a leading reputation as an onshore EU OECD white-listed location. It is a key EMEA hub for the financial services, information technology, e-commerce, gaming and pharmaceutical sectors. It has a growing profile as the EU location of choice for holding companies and a location from which to own intellectual property.

Many corporates, especially in the pharmaceutical and e-commerce sectors, establish an intellectual property exploitation trade in Ireland that is taxable at 12.5%. Ireland can be used as the ultimate owner of IP or more usually is the master licensee and operating platform of IP from another group company often located in a low or no tax territory. In both scenarios, the underlying aim is to use Ireland's low tax rate and treaty network to structure a group's EMEA affairs in a tax efficient manner. The 12.5% tax rate can be significantly reduced through a number of initiatives including:

Moreover, where Ireland is a master licensee, a full tax deduction is available for payments to the ultimate non-Irish resident licensor. Where the Irish corporate is involved in a cost share with the ultimate licensor, IP can grow in a low tax territory.

Tax depreciation is available for the capital expenditure incurred on intangible assets used for the purposes of a trade of the company. The tax write-off is available in line with the standard accounting treatment or, alternatively, companies can opt for a 15 year fixed write down of 7% per annum and 2% in the final year. When combined with other features of Ireland’s IP tax regime, an effective rate as low as 2.5% can be achieved on IP related income.

4.1.2 Relief for Withholding Taxes and Credit for Foreign Taxes

In addition to the above, Ireland has unilateral relief for foreign tax suffered on royalties received from abroad. This generally results in no further liability to Irish tax arising as Ireland’s tax rates are normally lower than the payor’s jurisdiction.

Ireland offers a tax credit equal to 25% of certain incremental research and development (“R&D”) expenditure, where the R&D activity is carried on either in Ireland or the European Economic Area. The R&D tax credit is calculated by reference to the in-house R&D costs above the base year spend of 2003. This effectively means that companies can obtain a tax deduction for 37.5c of every $1 spent on qualifying R&D.

The R&D credit is used to directly reduce the corporate tax liability of the company and where the R&D credit exceeds the corporation tax for the year in which the expenditure was incurred, the excess can be:

The Irish government has prioritised the development of the “smart economy” by placing a strong emphasis on innovation and technological advancement. This is reflected in fiscal policy and incentivisation of economic growth through IP and R&D activities. Ireland has maintained its position as a location of choice for IP and R&D activities with continued investment by multinationals in innovation centres nationwide.

Ireland’s IP and tax system are constantly evolving to meet the needs of the international community and continues to enhance its attractiveness to investors worldwide. The interaction of Ireland’s new and improved tax regime in respect of IP, the R&D tax credit, low corporation tax rate and modern IP laws and dispute resolution mechanisms gives rise to significant opportunities for multinationals with mobile investment projects wishing to maximise value from their investment. The increased use of Irish special purpose companies to monetise IP receivables provides companies with opportunities to raise finance for other funding e.g. pension deficits etc.

With ever increasing scrutiny being placed on the legal documentation, corporates need to ensure that the documentation is drafted and necessary step plan implemented in such a manner that underpins the international tax and legal structuring. At Mason Hayes & Curran, our highly acclaimed commercial, corporate, IP and tax teams work in conjunction with overseas counsel to meet the requisite commercial goals and drivers.

The contents of this publication are to assist access to information and do not constitute legal or other advice. © Copyright Mason Hayes & Curran 2013. All rights reserved.

Ireland as a Location of IP

Cybersquatters not Welcome in the Clearinghouse

Meaning of “Genuine Use” in EU Trade Mark Law 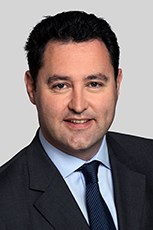 Food & Beverage Seminar: What’s In A Name? Creating And Protecting Your Brands