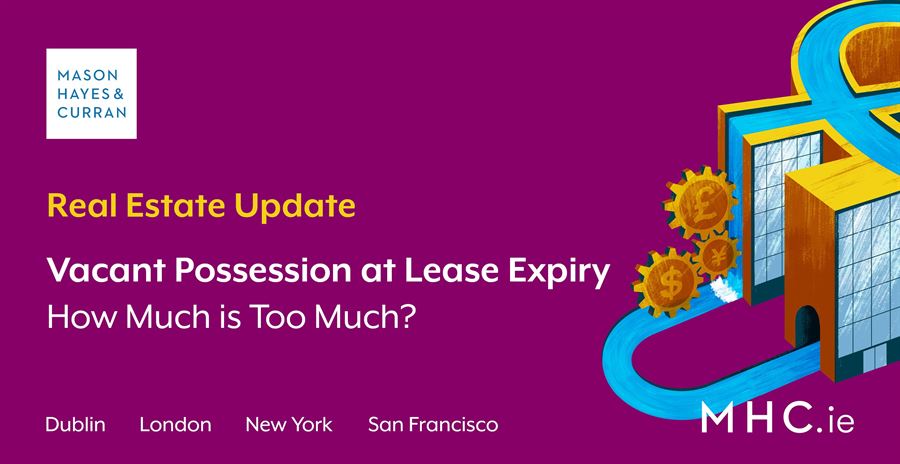 Commercial leases often require a tenant to provide ‘vacant possession’ in order to exercise a break option in a lease. The precise meaning of ‘vacant possession’ has been a matter of some debate, both in the courts and in the market. Simply put, vacant possession means that the relevant person, whether that is a purchaser or landlord, is in a position to enjoy the property undisturbed. Exactly what this means in practice is often unclear.

‘Vacant possession’ is generally understood to require the removal of all parties in occupation. Arguments have also been made that a tenant's failure to remove its property or its works to the property have constituted a failure to provide vacant possession. Debate on the subject of works has tended to focus on whether the tenant had removed enough works or items. We previously considered some of these cases here.

However in a recent case, the English High Court has held that a requirement to provide vacant possession at a break option was breached as a result of the tenant removing too many items from the property.

The tenant in the case (Capitol Park Leeds plc v Global Radio Services Ltd[1] was a radio company which had exercised a break option in its lease. The lease provided that, in order to exercise the break option, the tenant must give “vacant possession of the Premises to the Landlord on the relevant Tenant’s Break Date”.

Before the break date, the tenant had carried out some reinstatement works but these had not been completed due to the tenant’s hope of reaching a commercial deal with the landlord, which did not materialise. These works involved removing a considerable amount of the fixtures and fittings, including the ceiling grids and tiles, fire barriers, floor finishes, window sills, the smoke detection system and office lighting. As a result of the works which the tenant had carried out, the landlord argued that the tenant had not given ‘vacant possession’ of the premises to the landlord.

The Court noted that this had not previously been decided upon but, in reviewing the terms of the lease, found that this amounted to a failure to give ‘vacant possession.’ This was due to the definition of “Premises” which included “…all fixtures and fittings at the Premises whenever fixed…” which the Court held demonstrated the landlord’s intention that the break option would not be exercised in a way in which the premises were handed back in a dysfunctional, unoccupiable way.

It remains to be seen whether the decision will be upheld on appeal. This is also a UK decision which may not be accepted in Ireland.

While the decision may be somewhat specific to the facts of the case, it highlights the importance of having terms of leases (and in particular break options) carefully reviewed by legal advisers. It also highlights the particular issues around accepting a loosely defined concept of ‘vacant possession’, especially where it is a strict requirement of a break option. Where this has to be accepted, consideration should be given to defining exactly what this means.

For more information on this case and any other enquiries about commercial leases, contact a member of our Real Estate team.