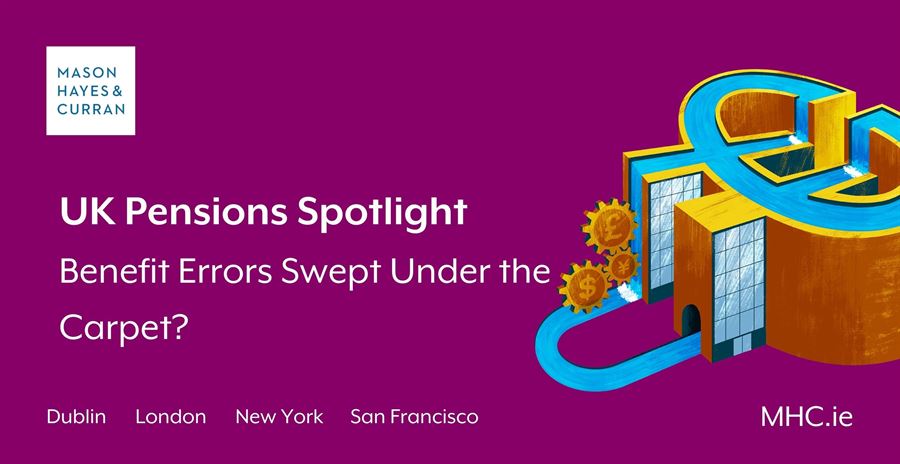 In Punter Southall Governance Services Limited v Jonathan Hazlett, also known as the “Axminster Carpets” case, the High Court considered a number of technical queries suggested by the parties. The time-barring of member arrears claims under the Limitations Act 1980 was considered in detail as well as the interpretation of the forfeiture provisions in the relevant scheme’s rules. The judgement also deals with the application of interest to arrears payments to scheme beneficiaries.

The facts and issues for consideration

The scheme was a defined benefit scheme established in the 1960s. At the time of the hearing, the scheme was going through a Pension Protection Fund assessment as both the sponsoring and participating employers were insolvent. The trustees of the scheme requested the approval by the Court of a compromise between the parties on pension increases. The compromise originated from concerns around the effectiveness of certain historic amendments to the scheme’s governing documents. The Court was also asked to consider a range of other issues including limitation periods for beneficiary claims to arrears and forfeiture rights. While the proposed compromise was approved by the Court, its consideration of the other points is of interest.

The Court stood by the 2020 landmark judgment known as the Lloyds case. This was primarily concerned with Guaranteed Minimum Pension, or GMP equalisation for defined benefit schemes. The Court believed that the relevant sections of the Limitation Act 1980, which provided for a six-year time-bar, should not apply to a claim for arrears made by a beneficiary under a trust where that claim was made against the current trustees.

In the UK, scheme forfeiture rules have been a talking point since the Lloyds case. In that case, the Court held that beneficiaries’ right to claim back payments for pensions underpaid was limited by the scheme’s forfeiture provision which required the trustees to forfeit benefit payments that had not been claimed six years after falling due. The same provision in the Axminster scheme rules also provided for the six-year forfeiture period. However, it also permitted the exercise of discretion by the trustees. This discretion allowed them to reinstate benefits or to apply to relevant funds in a variety of ways. The Court noted that the scheme members in this instance were not at fault as they could not have known that the underpayments were occurring. It suggested that the trustees may wish to consider making the back payments. The court also noted that, where there was no compelling reason not to make the back payments, the trustees should “make good the underpayments without further delay”. The Court added that fault on the part of the trustee, even though not a wilful or deliberate breach of trust, might be a relevant factor where the trustees were choosing how to exercise their discretion under the forfeiture provision.

The Court noted that an action for breach of trust could include a claim for interest on the arrears payable to the beneficiaries. It added that the courts had jurisdiction to award interest under the Senior Courts Act 1981. The Court deemed the appropriate rate of interest to be 1% above the base rate for all beneficiaries. It also noted that any claim for interest from the scheme’s former trustees would be time-barred as the former trustees were no longer in possession of the trust property.

Generally, this judgment illustrates the level of scrutiny that will be brought to bear by a court when considering trustee actions and decision making. For Irish trustees, the case should be seen as a useful lesson on how their scheme’s forfeiture rules will be applied. Any proposed amendments to these provisions must be very carefully considered. Trustees should also bear in mind the equivalent limitation provisions under Irish law, which can be found in the Statute of Limitations 1957. This legislation explicitly provides that no period of limitation shall apply to an action against a trustee to recover trust property where that property is still retained by the trustee.