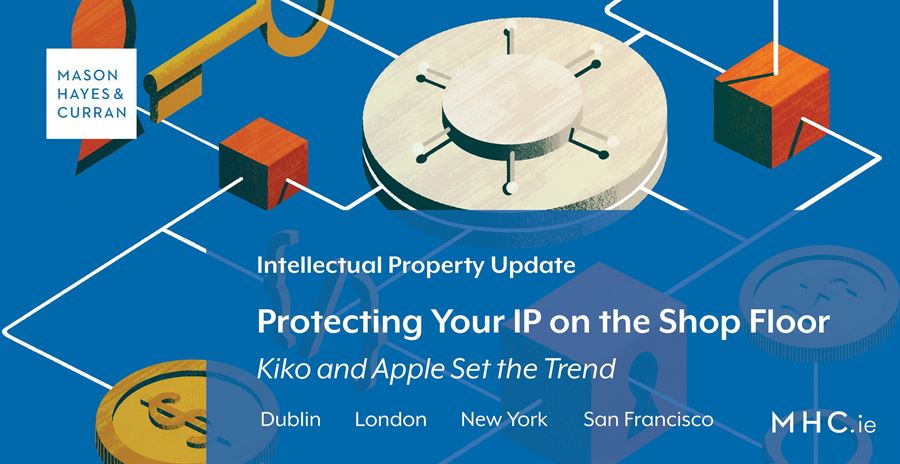 Showcase store layouts and the creation of distinctive store designs is becoming ever more popular in the retail sector as something of a business trend and distinguishing point for consumer business. A recent decision from the Supreme Court of Italy has held that the layout and design of the shops belonging to leading Italian professional cosmetics brand, Kiko, qualify for copyright protection and could be enforced to prevent imitation by third party competitors. Whilst the Supreme Court focused on the manner in which the various elements of Kiko’s shop layout are combined, co-ordinated and assembled, the Court ultimately found that the shop design is protectable under copyright law as a work of architecture.

This decision will be significant for brand owners currently active in these markets and who consider their store layout to be original and creative. Given that the Court of Justice of the European Union (CJEU) also previously granted Apple a European Union Trade Mark (EUTM) for its store layout, retail companies wishing to protect the layout of their stores under IP law in Europe will now have a number of options available to them under both trade mark and copyright law.

Kiko decided in 2005 to invest €70,000 in a remodelling project which completely changed the appearance of its shops and certainly made them highly innovative. They argued, as early as 2009, that one of their competitors, Wycon Cosmetics, were acting unfairly by copying every aspect of the shops, from staff uniforms to the layout of the webpage and that the shop layout was similar like in the following example:

In 2015, the dispute came before the Tribunal of Milan which held that concept stores such as Kiko’s fall neatly within the category of “architectural works.” The Tribunal noted that the main focus is on a low threshold of ‘originality’ which can be met, even when the store in question consists of simple features. Kiko were deemed to pass this test as their stores were considered by the Tribunal to be creative, and to possess a unique and original overall concept. Further, in assessing whether there had been an infringement of Kiko’s copyright, the Tribunal advised that attention must be paid to the overall impression produced by the store, rather than the small differences. Significantly, this decision was upheld by the Court of Appeal of Milan in March 2018. The Court of Appeal’s ruling further clarified that concept stores qualify as works of architecture, while their single furniture elements could also be protectable as works of industrial design.

The Italian Supreme Court upheld the decision of the Court of Appeal. Indeed, the layout of the Kiko store was deemed to qualify for protection under Article 2 No 5 of the Italian Copyright Act as an architectural plan, and the defendant to the proceedings, Wycon Cosmetics, was found to have infringed Kiko’s copyright.

Crucially, the Supreme Court noted that the store layout was not simply a series of “abstract indications”; rather, it had a specific expressive form which included “a series of elements, whose choice, coordination and organisation displayed the required creative character.” In Kiko’s case, those creative elements included the open space entrance, walls with perforated and transparent plexiglass storage for the make-up products, curved islands in the centre of the shops, the presence of numerous TV screens built into the inclined displays, and the preponderant use of the colours white, black and pink/purple.

Wycon Cosmetics argued that the Milanese Court had incorrectly qualified the Kiko store layout as a work of architecture. Instead, Wycon Cosmetics suggested that the protectability of the store layout should have been assessed as a design right. The Supreme Court’s response to this assertion was that whilst copyright and design protection can subsist simultaneously, they also pursue different objectives and are subject to different requirements. The Court held that an interior design plan which displays a clear ‘stylistic key’ reflecting the ‘personal touch’ of the author would be protectable as an architectural work under the law of copyright. Accordingly, it was irrelevant whether the individual elements of the plan are necessarily part of the structure, simple, common or have already been employed in the interior design sector, so long as the layout is the result of an ‘original combination’ not driven by technical requirements, then the test for copyright protection is met. To illustrate this point, the Court listed the following elements which would represent the author’s own ‘personal touch’ including the colours of the walls, particular lighting effects, the consistent repetition of decorative elements, the use of certain materials, and the choice of size and proportions.

With regard to trade marks, the Court referenced that Kiko had previously unsuccessfully sought to register its store layout as an EUTM in 2016 in the following form:

Kiko ultimately did not pursue this EUTM application when it was refused by the EUIPO First Board of Appeal. The Board came to the conclusion that “none of the shapes, line and color characteristics highlighted, either individually or in combination with each other, departs significantly from the norm or customs of the cosmetics retail sector.” In the present case, the Supreme Court held that this prior EUTM refusal was irrelevant in the context of the present proceedings relating to copyright enforcement.

On the other hand, Apple were previously successful before the EUIPO in protecting its iconic store layout as an EUTM in the following form:

In the Apple case, the CJEU held that the Apple store layout was highly distinctive and so it was capable of registration as a trade mark. The Court noted that the assessment of whether the requirement of distinctiveness had been met was to be considered by reference to the goods or services in question and with regard to the perception of the mark with the relevant public. While Kiko’s EUTM application was deemed not to qualify for protection, had the EUIPO First Board of Appeal decision been appealed however, a different decision may arguably have been reached following the Apple decision.

According to the Supreme Court, each IP right has its own subsistence requirements and the analysis required to determine protection under one right differs from the other rights. Therefore, in Kiko’s favour, the Court was satisfied that the requirement of distinctive character under trade mark law differs substantially to the originality requirement under copyright law.

It is clear that concept stores are a major current trend in retail. Companies such as Apple, Amazon, MAC and Kiko have all endorsed this current trend. Clients operating retail stores should therefore be aware of these IP rights and should ensure that they protect the layout and designs of their stores. In view the recent decision of the CJEU in Cofemel (C-683/17), where copyright protection was accepted for articles of clothing if they were the creator’s own intellectual creation, it is likely that this recent Italian decision on store layouts will be endorsed in other EU countries in due course.

For more information on protecting your company's intellectual property rights, contact a member of our Intellectual Property team.