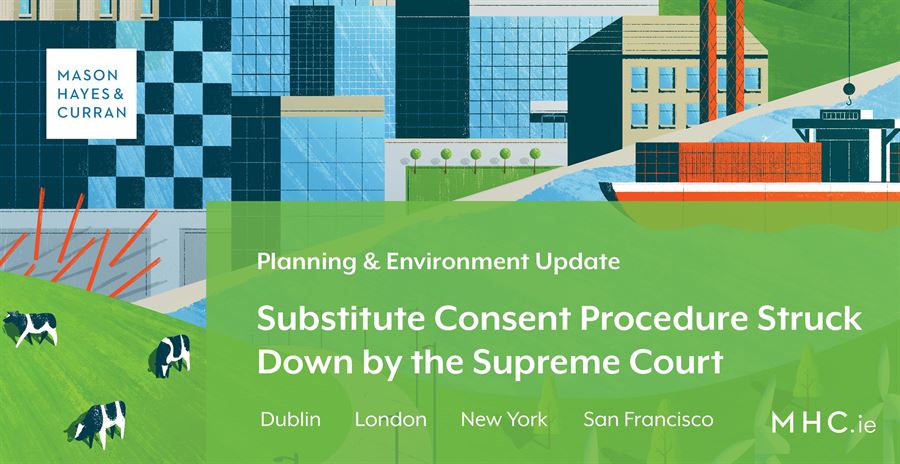 In joined proceedings taken respectively by An Taisce[1] and Peter Sweetman[2] the Supreme Court has found that the provisions of the Planning and Development Act 2000 (as amended) introduced to provide a ‘Substitute Consent’ procedure to allow for the regularisation of developments found to have been granted development consent in breach of the EIA Directive, was itself not in compliance with the requirements of the EIA Directive.

The Substitute Consent procedure is in effect a type of ‘retention planning permission’ for developments which have been found to be non-compliant with the EIA Directive.

The EIA Directive requires that members of the public be afforded an opportunity to participate and make submissions on an application for Substitute Consent. However, the initial step in the procedure whereby the developer applies to An Bord Pleanála for ‘leave to apply’ for Substitute Consent does not afford members of the public the opportunity to participate in that initial procedure or to make submissions on the leave application. 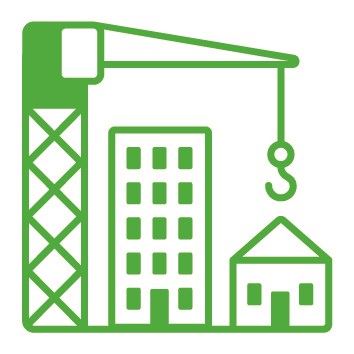 The applicants An Taisce and Peter Sweetman took separate Judicial Review challenges to Substitute Consent applications being made in respect of quarry developments in County Monaghan and County Kildare respectively, alleging that the failure to allow members of the public to participate in the leave application represented a breach of the public participation requirements of the EIA Directive. Furthermore, they argued that the Substitute Consent process as applied in Ireland failed to meet the requirements of EU law that any remediation process only be applied in practice in exceptional circumstances. They argued that in Ireland Substitute Consent was becoming a commonly used process for developments which allowed developers to circumvent the strict provisions of the EIA Directive, thereby undermining the intention of the Directive.

In a decision handed down on 1 July, Mr. Justice McKechnie found that the applicants had successfully made out a breach of the requirements of the EIA Directive on two grounds, namely that of exceptional circumstances and the inability of members of the public to participate in the process at the initial stage.

He found that the rulings of the Court of Justice of the European Union (CJEU) on retrospective rectification of EIA developments indicated that any such procedure must only be applied in exceptional circumstances, and that any national measures introduced cannot act as an inducement to avoid EIA compliance. He found that the criteria in the Irish provisions in question upon which An Bord Pleanála would ascertain whether the threshold test for granting leave to apply for substitute consent were:

quite general and quite broad: such are fairly average and relatively ordinary and are matters likely to be readily found on inquiry. It is therefore, exceedingly difficult to assign “exceptionality” to such matters. The fact that only a limited number of projects might be able to benefit from this provision, is not the point. The point is the broadness or generality of what has to be established so as to be successful under this pathway.

He therefore struck down the procedure for application to apply for Substitute Consent as representing an incorrect transposition of the requirements of the EIA Directive for ‘exceptionality’ as interpreted by the CJEU.

Linked to that issue was the question of public participation, and the fact that members of the public under the relevant legislation were not afforded the opportunity to participate in the process around the granting of leave to apply for Substitute Consent. In particular, they were not in a position to make submissions as to whether the development in question met the threshold test of ‘exceptionality’ which would legitimately allow such an application under EU Law.

He concluded as follows:

This, in my view, is inconsistent with the requirement that the public be given early and effective opportunities to participation at a time when all options are open. It seems to me, therefore, that in failing to provide for public participation on a crucial issue, namely exceptionality, at a time when all options remain open, the State has failed to properly transpose the EIA Directive in this respect.

It is likely that this decision will result in a higher threshold test of ‘exceptionality’ to be proven by a developer before they are permitted to regularise their development, as well as an additional delay in such a process as the public will require to be consulted.

For more information on this significant development, contact a member of our Planning & Environment team.