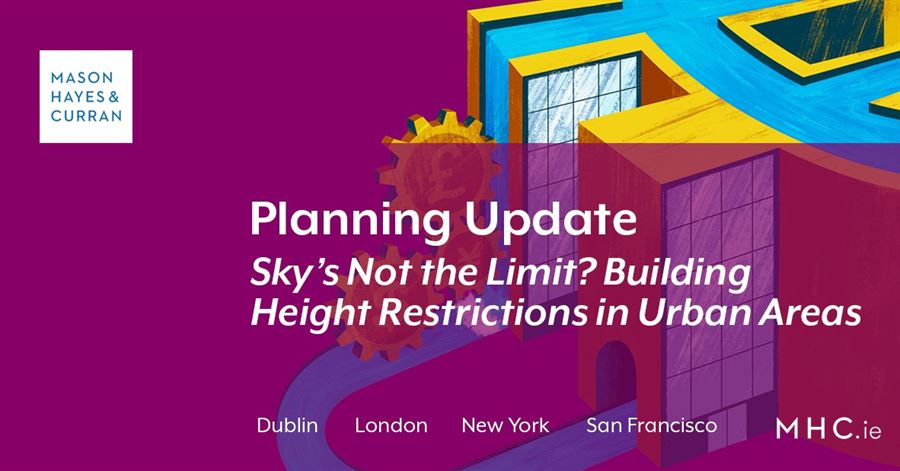 Mr Justice Simons recently handed down a judgment relating to a case entitled Spencer Place Development Company Limited v Dublin City Council[1]. The underlying dispute between the parties related to the interpretation of a set of statutory guidelines issued by the Minister for Housing, Planning and Local Government and to the interpretation and interaction between these and statutory planning schemes adopted for strategic development zones. The guidelines, entitled "Urban Development and Building Heights", were issued in December 2018, (the “Guidelines”).

Spencer Place Development Company Ltd is the Developer and leaseholder of lands at Spencer Place, Spencer Dock, Dublin 1. The lands are located in an area which has been designated as a strategic development zone, or SDZ, known as the North Lotts and Grand Canal Strategic Development Zone.

The Developer submitted two applications for planning permission to Dublin City Council (DCC) seeking to obtain permission for additional storeys on two sites. The proposed development would exceed the maximum building heights prescribed under the relevant planning scheme. The Developer argued that the legal effect of the Guidelines is that the planning authority is now authorised to grant planning permission even though the maximum height restriction for a development within an SDZ was exceeded. The parties disagreed over whether the relevant policy under the Guidelines distinguishes between a planning scheme and a development plan. 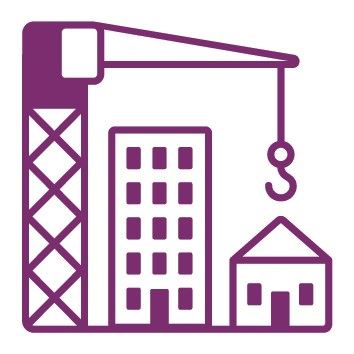 The dispute centred around the interpretation and application of a particular provision of the Guidelines known as “SPPR 3”. The abbreviation "SPPR" refers to a "specific planning policy requirement". The overall objective of the Guidelines is to give tangible effect to government policy which supports increased building height and density in locations with good public transport accessibility. These typically occur in towns and cities. In these areas, planning authorities are required to explicitly identify areas where increased building height will be actively pursued, and not to provide for blanket numerical limitations on building height. Planning authorities are also required to ensure an appropriate mixture of uses in developments, such as housing and commercial or employment. The Guidelines identify development management criteria which must be taken into account when authorities assess individual planning applications. Where the relevant planning authority considers that these criteria are appropriately incorporated into development proposals, then the planning authority is required to apply SPPR 3.

In this case, the Developer sought three declarations by way of relief:

The Court was satisfied that the developer’s interpretation of SPPR 3 was not correct for the following three reasons, being that:

In its consideration of the issues, the Court also considered the interaction between Ministerial guidelines and the SEA Directive. Justice Simons held that on its ordinary meaning, SPPR 3(A) did not apply to a planning scheme in respect of an SDZ and that this finding is sufficient in and of itself to dispose of the Developer's argument. The Judge held that the correct interpretation of the Guidelines is put beyond all doubt when one has regard to the environmental statement published as part of the decision-making process required under the SEA Directive. This document not only identifies the amendments between the draft Guidelines and the "as issued" Guidelines, but also explains the precise rationale for distinguishing between a development plan and a planning scheme.

The Court held that SPPR 3 (A) does not apply to a planning scheme. The most that the Guidelines do is to require a planning authority to review and amend a planning scheme. This process must be carried out in accordance with the statutory procedure prescribed. In particular, it may be necessary to undertake an environmental assessment of the amendments for the purposes of the SEA Directive.

The Court also held that it would be necessary to seek the confirmation of An Bord Pleanala of any proposed amendments to an existing planning scheme. Therefore, the fact that the Minister has issued guidelines is not necessarily conclusive of the outcome of the statutory process of amendment.

It was further held that pending the making of an amendment to a planning scheme, any planning application made in the interim falls to be determined by reference to the extant planning scheme. On their correct interpretation, therefore, the Guidelines do not authorise a planning authority to dis-apply the criteria prescribed under a planning scheme for an SDZ.

The Court did not grant the Developer any of the declarations sought and dismissed the application for judicial review in its entirety.

Increasing prevailing building heights has a critical role to play in addressing the delivery of more compact growth in urban areas, particularly in cities and large towns through enhancing both the scale and density of development.

Planning authorities and An Bord Pleanála will be required to have regard to the Guidelines and apply any specific planning policy requirements (SPPRs) of the Guidelines in carrying out their functions.

However, notwithstanding the significance of the Guidelines, developers should take note that:

For more information on the application of the Guidelines and their impact on your development, contact a member of our Planning & Environment team.