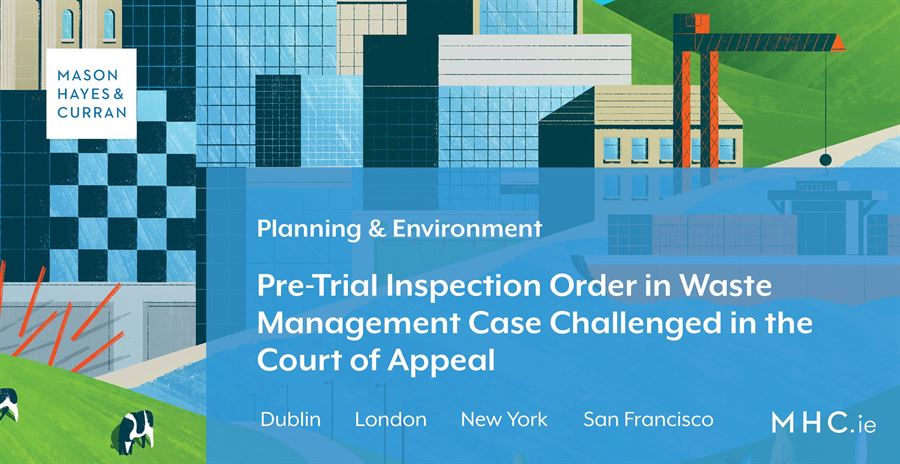 The Court of Appeal recently gave a judgment which highlighted the wide discretion of the High Court in granting interlocutory orders for inspection. An order for inspection must be viewed in the context of a party’s constitutional right of access to the courts, as it enables a litigant to present its case clearly. However, this right must be balanced against competing rights of the opposing parties and of any affected third parties.

The facts in the present case centred on the terms of an order for inspection granted by the High Court. The property which was the subject of the inspection, according to the terms of the High Court order, was landfill property in County Dublin. The appellants in this case own and operate the landfill site. They sought to limit the inspection to one part of the property, but the respondents contended that the High Court order included all of the property. The owners sought to challenge the High Court judgment. The initial Order by Mr Justice McGovern issued in June 2017 (the June Order) allowed the initial inspection of the site. The subsequent judgment by Ms Justice Costello delivered in December 2017 (the December Judgment) enforced this initial June Order. This allowed for the inspection of the whole site rather than limiting the inspection to Cell 4. The December Judgment was the subject of appeal in this case rather than the June Order. 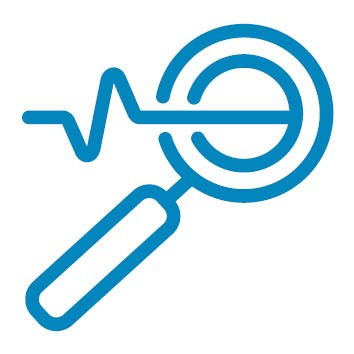 The owners appealed the December Judgment on the grounds that the trial judge erred in ordering a wider inspection than necessary.

They claimed that sufficient weight was not given to the risk of environmental damage posed by the proposed inspection and the Judge, stating that she could not reconcile a dispute between the experts, did in fact do so by directing which protocol to follow for the inspection. She failed to give appropriate weight to which protocol was the least intrusive and which information was already available.

The Court of Appeal dismissed the appeal noting that,

“nowhere is it envisaged in the order that the inspection and taking of samples is to be confined to the impugned material only, or to the material in Cell 4 only.”

This was further clarified by interaction between Mr Justice McGovern and counsel for the owners, which indicated that the inspection was to cover the entire site rather than just Cell 4.

The Court affirmed the High Court order and discussed the discretion afforded to the High Court in granting orders for inspection. Order 50, rule 4 of the Rules of the Superior Courts empowers the court to make an order for, inter alia, inspection “upon such terms as may be just” and “which may be necessary or expedient for the purpose of obtaining full information or evidence”. This clearly confers a wide discretion on the court in considering similar applications. The appellate court is limited in its powers to review the original order, the Court of Appeal stated:

The Court also quoted from Lawless v Aer Lingus Group Plc[1]. It emphasised that as this was an appeal against an order made by the High Court judge in the exercise of her discretion for an interlocutory matter, the appellate Court would not be engaging in a re-hearing of the matter. The Court stated that it should afford significant deference to the decision in the High Court. It is not sufficient for an appellant simply to establish that there was a better or more suitable order that might have been made by the trial judge in the exercise of their discretion.

The Court noted that it would have been open to the owners seeking a variation of the initial June Order, and seeking to limit the Order to Cell 4 but they chose not to do so and cannot be heard to complain of that at this time. Instead they decided to issue a motion seeking an order directing that inspection of the site be conducted in accordance with their environmental consultant’s report and appealing the subsequent December Judgment of Ms Justice Costello. This report effectively limited the inspection of the site to one part of the property and in the Court’s view, it was an attempt to retrospectively restrict the un-appealed order.

This judgment emphasises the degree of deference given to the High Court in granting interlocutory orders of this nature. The appellant court must only be satisfied that the trial judge acted well within their discretion in making the order under appeal and that the appellants have not established that there is any basis for this court to interfere with the exercise of that discretion or that a real injustice will arise if the order is not set aside. Above all the appellant cannot engage in an exercise of re-agitating the merits of the case.

“I think when one examines the appellants’ grounds of appeal which are mainly concerned with the trial judge failing to give sufficient weight to certain factors, it is difficult to avoid the conclusion that this is in large measure an appeal on the merits”.

He went on to conclude that he was

“….satisfied that the trial judge acted well within her discretion in making the order under appeal herein and that the appellants have not established that there is any basis for this court to interfere with the exercise of that discretion or that a real injustice will arise if the order is not set aside”.

For more information on successfully navigating similar disputes, contact a member of our Planning & Environment team.