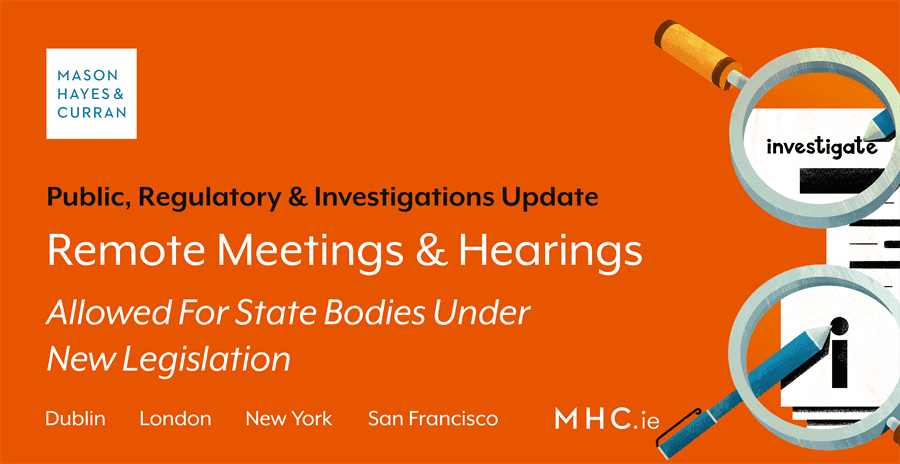 Legislation has been passed into Irish law which introduces a number of measures aimed at enhancing the ability of courts and other bodies to carry out their functions in a way which allows for safe practices during the current pandemic, including remote hearings and meetings.

We will consider the newly introduced provisions as they impact on State, unincorporated and designated bodies. 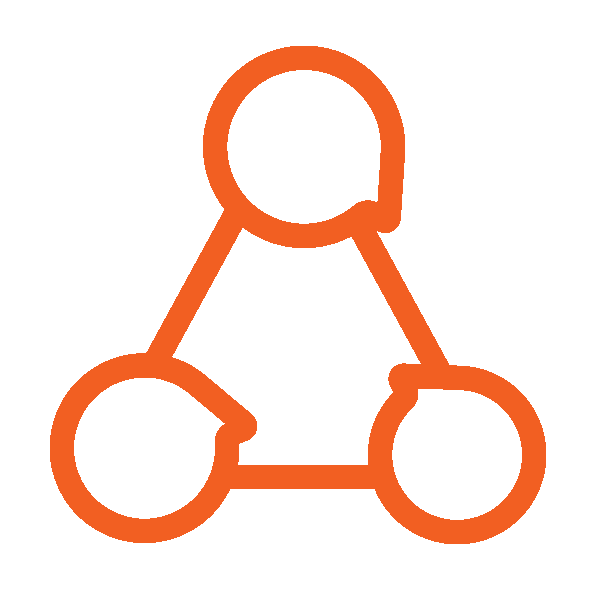 Meetings where some or all of the attendees participate remotely have become the norm for many organisations since the outbreak of COVID-19.

For many State and unincorporated bodies however, such meetings were not permissible prior to the passing and commencement of the Civil Law and Criminal Law (Miscellaneous Provisions) Act 2020 (the Act). The Act defines a “State body” as a body established by or under an enactment, other than the Companies Act 2014. This is with the exception of where it has been established under the Companies Act in accordance with other legislation and financed wholly or partly through funding received through a Minister of the Government.

Crucially, for State bodies, the Act provides not just for remote attendance but also provides that decisions made, votes taken or other acts done at such a remote meeting shall be “as good and effectual as a decision made, vote taken or other act done by the members concerned would have been if such had been made, taken or done by those members in a meeting of them held in person.”

A similar provision for unincorporated bodies provides that, notwithstanding anything in the rules of such a body, the validity of a meeting, vote or decision made or act done shall not be affected by the fact that the meeting was held remotely as per the provisions of the Act.

There is, however, an important distinction to be drawn between how the legislation applies to meetings of State bodies as opposed to meetings of unincorporated bodies.

Meetings of State bodies may only be conducted remotely when the Minister with responsibility for the body concerned, designates for the purposes of the Act either:

The Act therefore applies to all unincorporated bodies, while only those State bodies subject to the requisite Ministerial designation will be affected.

In addition to providing for remote meetings of State and unincorporated bodies, the Act also provides for remote hearings by ‘designated bodies’. Where attendance is required before such a hearing, that attendance may, subject to the Act, be effected remotely.

Subject to being satisfied that it is appropriate to do so, having regard to certain factors set out in the Act, a Minister may designate a body so as to allow the provisions of the Act as regards remote hearings apply to that body.

While the provisions relating to unincorporated bodies are essentially temporary in nature, there is nothing in the Act to suggest that the designation of a State body, for the purpose of the provisions mentioned here, need be for any specified period.

The changes effected by the Civil Law And Criminal Law (Miscellaneous Provisions) Act 2020 have the potential to provide much needed flexibility to the bodies which fall within its terms.

Modernising the way in which State bodies operate is welcome. In a similar manner to the way in which remote working and the technology which facilitates it have been embraced during the COVID-19 outbreak, many of the measures in the Act were inevitable, in time, but have now been brought about faster than they would otherwise have been.

What has yet to be seen is just how common it will be for Ministers to make the necessary designations in respect of State bodies. 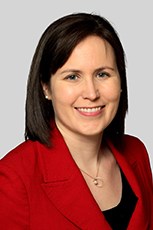 To the Victor go the Spoils – But How Soon Can Legal Costs be Paid?

Constitutional Challenges to Emergency Legislation in the Time of COVID-19