The EU General Court recently overturned a European Union Intellectual Property Office (EUIPO) Board of Appeal decision and permitted the Swedish company, Oatly AB (Oatly), to obtain trade mark protection for its controversial slogan “It’s like milk but made for humans.” The decision serves as a timely reminder of the difficulties in registering promotional slogans as trade marks. Ultimately, however, the EU General Court was satisfied that Oatly had established sufficient distinctiveness in the slogan to grant it trade mark protection.

Oatly is a manufacturer of oat-based substitutes for dairy products. In 2019, it filed an EU Trade Mark (EUTM)  application for the below slogan in relation to goods in classes 18, 25, 29, 30 and 32.

The application was refused by the EUIPO on the basis of a lack of distinctive character in relation to certain goods in classes 29, 30 and 32 such as “dairy substitutes” “oat-based pancakes” and “oat-based beverages.”

Oatly appealed the EUIPO refusal. The EUIPO Fifth Board of Appeal rejected this appeal on 7 February 2020. The Board of Appeal found that the slogan was incapable of performing the function of a trade mark and was devoid of distinctive character. The Board considered that the slogan would be perceived by the relevant public as a promotional slogan for the oat-based goods concerned, as opposed to an indication of their origin. For example, it held that the first part of the mark would be perceived to mean that the goods were very similar to milk and the second part would be perceived to mean that they were specifically made for human consumption. In the absence of other distinctive elements contained within the slogan itself and due to its length, the EUIPO Board of Appeal was satisfied that the mark was incapable of trade mark protection.

Oatly brought a further appeal to the EU General Court which overturned the EUIPO Board of Appeal decision and found in Oatly’s favour. In doing so, the General Court commented that when assessing the distinctive character of slogan marks, it is inappropriate to apply to those marks criteria which are stricter than those applicable to other types of trade mark. Additionally, the General Court helpfully noted that a slogan mark can be perceived by the relevant public both as a promotional formula and also as an indication of the commercial origin of goods or services.

The General Court held that the Oatly slogan “calls into question the commonly accepted idea that milk is a key element of the human diet.” Furthermore, the Court was of the view that the slogan does possess the minimum degree of distinctive character required as it conveys a message capable of setting off a “cognitive process” in the minds of the relevant public, thus making it memorable. On the whole, the relevant public could distinguish Oatly’s products from goods of a different commercial origin as a result of use of the slogan.

This decision reinforces the concept that it can be difficult to register advertising slogans as trade marks. However, the result achieved by Oatly also makes it clear that it remains possible to do so and each case will ultimately turn on its own individual facts. Where a slogan is sufficiently distinctive and serves to identify the origin of the product in question over and above having a promotional impact, it will then be capable of trade mark protection.

This key test of distinctiveness, as set out by the General Court, appears to essentially constitute whether a cognitive process is sparked in the mind of the average consumer, where that consumer can identify goods marked with the same sign as having a common commercial origin. Oatly’s distinctiveness claim was also aided in this case by its ability to furnish evidence demonstrating the conflict and controversy caused by the particular slogan in question.

In considering this key question of distinctive character, the General Court considered the mark as a whole as opposed to analysing it in separate or dissected parts. This is noteworthy for slogan marks and should be a key takeaway for clients who might wish to file trade mark applications for their key promotional and advertising slogans.

For further information, contact a member of our Intellectual Property team. 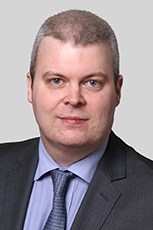 Brexit is Done – How is the Food Sector Faring?