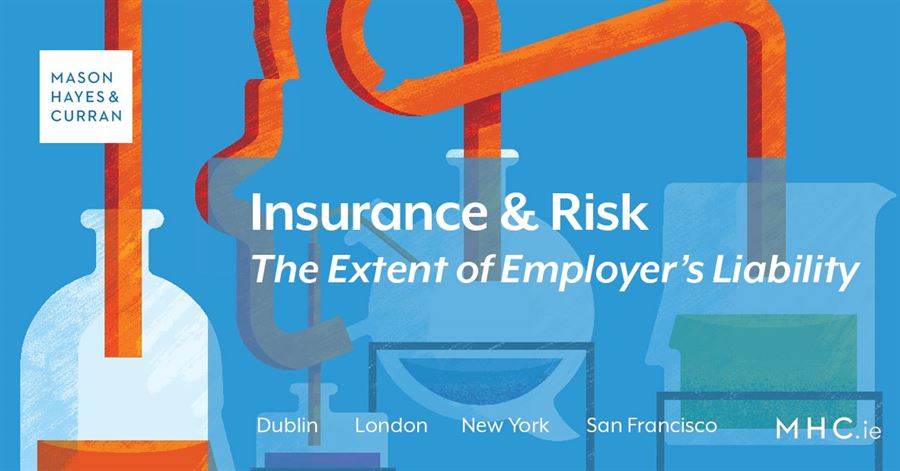 Two recent Court of Appeal judgments of Mr Justice McGovern recognise the limits of employer’s liability and the responsibilities imposed on employees to look out for their own safety and welfare.

In Kevin Keegan (Amended by the Order of the Court to Kevin Duke) v Dunnes Stores, the plaintiff employee was stepping off a pallet when his foot became entangled in shrink wrapping which was discarded on the floor. The plaintiff sustained a fracture of the cuboid bone in his right foot.

In the High Court, evidence was given that the plaintiff had received induction training which stressed the importance of housekeeping and of keeping floors and other work areas free from obstruction. He also received a refresher course in 2012. It was accepted that the cling film on the floor was obvious and that the plaintiff should have seen it.

In the Court of Appeal, Mr Justice McGovern noted that while the Safety, Health and Welfare at Work Act 2005 obliges an employer to ensure their employees’ safety, health and welfare as far is a reasonably practicable, it also requires an employee to have regard for their own safety. The judge considered a number of cases which discussed the duty of every employee to take care of his own safety.

Mr Justice McGovern ultimately held that ‘the proximate cause of the accident was the failure of the respondent to keep a proper look out and adhere to the instructions he had received in training.’ He found that the High Court was incorrect in holding that the plaintiff did not have a duty to assess the area in which he was working and noted that the shrink wrap should have been perfectly obvious to the plaintiff if he had looked.

In Greene v Dunnes Stores, a supermarket checkout operator left her position to exchange two bottles of beverage and slipped on a wrapper causing her to fall onto some shelves and the floor. She suffered injuries to her right arm, shoulder and elbow.

Dunnes had given evidence in the High Court that a security manager regularly patrolled the floor of the supermarket in both a security and hygiene capacity. He had walked through the area of the accident five minutes before it occurred and had seen nothing on the floor. The source of the wrapper was not entirely clear, and it could have come from an employee or a customer.

In his Court of Appeal judgement, Mr Justice McGovern again referred to the duties of both employer and employee and noted that in the High Court, the judge made no reference to the training received by the respondent or the system of cleaning and inspection which the employer had in place.

He allowed the employer’s appeal, noting that the system which they had in place was reasonable.

It is of note that the plaintiff did not give any engineering evidence in the High Court.

Both of these cases provide further evidence of a new and welcome trend in the Court of Appeal. Plaintiffs are being tasked with responsibility for their own safety. This is particularly welcome from an employer’s perspective. It serves to challenge the long established tenet that employers face a standard almost akin to strict liability when defending claims made by employees.