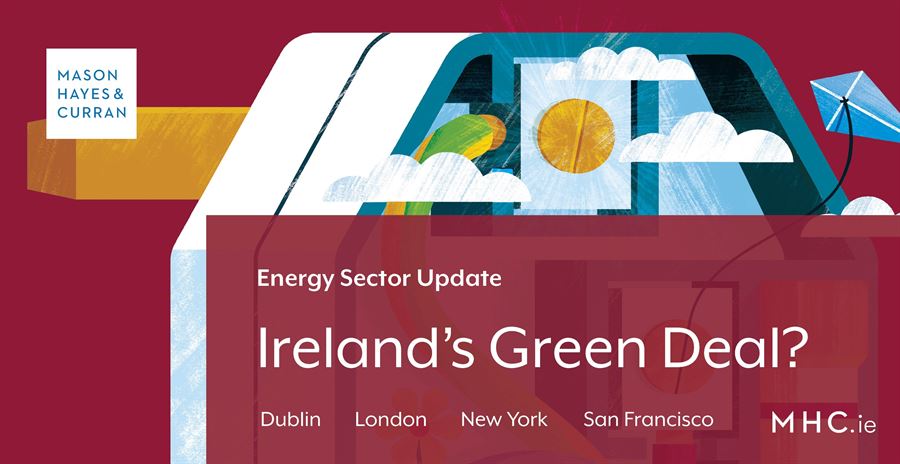 The potential involvement of the Green Party in a coalition government with Fianna Fáil and Fine Gael has pushed environmental policy to the top of the political agenda. While the ultimate outcome of the negotiations on government formation remains uncertain at the time of writing, the initial interactions demonstrate an emerging political consensus on some issues of relevance to the energy sector. It may be that, to some extent, the Green Party are pushing an open door as Ireland’s next government consider the opportunities available to restart the economy.

One of the Green Party’s key asks is a commitment to an average annual reduction in greenhouse gas emissions of at least 7%. The Climate Action Plan currently envisages a 2% decline in overall emissions each year from 2021 to 2030, and a steeper decline of 7% per annum from 2030 to 2050. There is cross-party consensus that the targets in the Climate Action Plan are not high enough. In January 2020, the Joint Oireachtas Committee on Climate Action called for a more ambitious trajectory for the period to 2030 and beyond.

While Fine Gael and Fianna Fáil are open to committing to a 7% reduction, the main sticking point concerns exactly how this is achieved.

Ireland’s track record to date suggests that we are far better at setting emissions targets than meeting them. Of the three primary contributors (electricity, heat and transport), the only shining light has been the progress made in renewable electricity, which will improve further with the support of the Renewable Electricity Support Scheme. In order to achieve a 7% annual reduction, significant investments and financial support (made available through tax incentives, grants and favourable loans) will be required in the heat and transport sectors to encourage transition by consumers and industry. We expect to see key policy changes in the heat and transport sectors to achieve this.

Another open question is the treatment of biogenic methane. The Climate Change Advisory Council has recommended setting separate emissions targets for biogenic methane and excluding it from the national target of net-zero emissions by 2050. 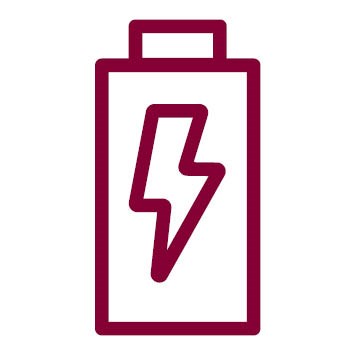 The 2050 net-zero target looks set to be mirrored at EU level by a European Climate Law, which was published in the form of a draft regulation by the European Commission in March 2020 as part of the European Green Deal.

The Green Party is seeking an “ambitious programme” of development of and investment in renewable energy infrastructure, including offshore wind, grid and interconnector upgrades and community energy projects. There is particular interest among all parties in the potential of offshore wind and increased interconnection. However, it is not clear at this stage to what extent this might translate into specific new initiatives or commitments beyond those already planned, which may be accelerated. The existing Climate Action Plan commits to having at least 3.5 GW of offshore wind in Ireland within the next ten years. The current government’s announcement of the designation of seven offshore wind projects as relevant projects (meaning they will be fast-tracked through the new marine planning regime) was welcome progress in this regard.

Debate on the future role of gas

One issue on which consensus has not yet emerged is the future role of natural gas in Ireland’s energy mix. The Green Party has sought specific commitments to end the issuing of exploration licences for offshore gas and to cease the construction of new LNG import terminals.

Fianna Fáil and Fine Gael have indicated that they are open to considering a moratorium on the issuing of new exploration licences for offshore gas exploration, similar to the one put in place by the government in late 2019 for offshore oil. The Climate Change Advisory Council previously advised that while exploration for new offshore oil reserves is not compatible with a low carbon transition, there may be a role for natural gas as a transition fuel, in tandem with the deployment of carbon capture and storage technologies.

Ongoing policy and legal developments at national and EU level, as well as regional development and security of supply concerns, are likely to inform any future approach to LNG import terminals.

All three parties agree that a comprehensive and ambitious deep retrofit programme should form part of any programme for government. However, the target scale and funding of this, presumably over and above what is set out in the Climate Action Plan, are yet to be agreed. Similarly, there is an agreed commitment to investment in public transport, cycling and walking but the specifics of this have yet to be ironed out.

There is general political acceptance of the need for carbon tax increases. The Fianna Fáil/Fine Gael framework document commits to further increases, in line with the cross-party agreed trajectory of €80 per tonne by 2030. The Green Party may secure further commitments on this.

The approach taken to the €6 carbon tax increase in Budget 2020 was to ring-fence the revenues for energy transition policies. The projected additional funding in 2020 is to be used to protect those most exposed to higher fuel and energy costs, to support a just transition for displaced workers and to invest in new climate action.

Aside from the potential reopening of aspects of the Climate Action Plan to account for more ambitious targets, the negotiating parties also intend to publish other new or revised national plans to guide economic and social policy. They have indicated that they will bring forward the review of the National Development Plan 2018-2027 to within 100 days of entering government to align it with climate targets. The Fianna Fáil/Fine Gael framework document also envisages the development of a “new national economic plan” and a “new social contract”. Regional development and just transition initiatives are likely to feature here.

At the time of writing, the stated ambition is to complete the talks on government formation within the week. A week is a long time in politics. If the negotiations are successful, the new programme for government is likely to contain policies that will drive further political and financial investment in decarbonisation and the transition to renewables. It would not be surprising to see the re-prioritisation of projects and initiatives earmarked for investment, however, we do not expect to see cutbacks on spending on key infrastructure. It is more likely that we will see an expanded programme from the new government, which will increase investment in infrastructure in areas that will help Ireland deliver on climate targets.

For more information on the impact of these policy developments on the Irish energy sector, contact a member of our Energy & Utilities team.