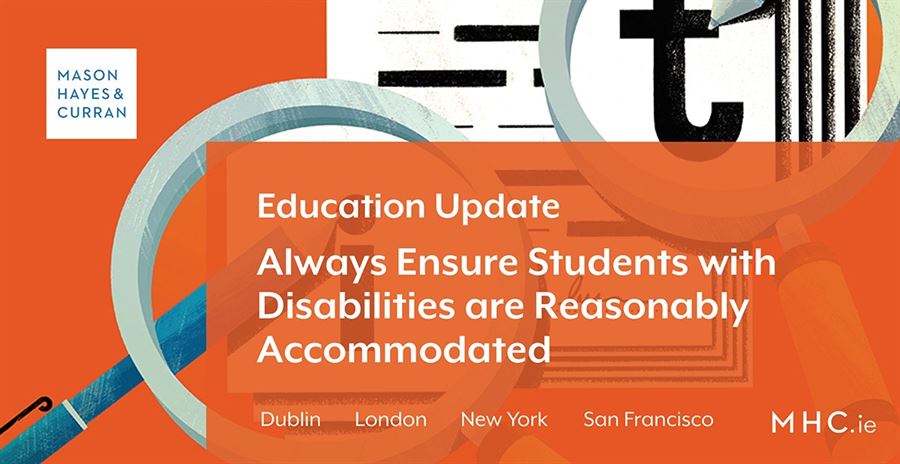 In a claim taken against a primary school before the Workplace Relations Commission (WRC), a parent alleged that his son had been discriminated against when the pupil was not allowed to go on a school tour. It was alleged that there was a failure to provide his son with “reasonable accommodation” as is required under the provisions of the Equal Status Acts, 2000-2015 (the Acts).

The Claimant’s son had been diagnosed with Attention Deficit Hyperactivity Disorder and Oppositional Defiant Disorder. He had a history of behavioural issues in the school and had to be disciplined on numerous occasions. The school had serious concerns relating to his participation on an upcoming school tour as it was felt that he could pose a threat to the safety of staff and students as well as to himself.

The WRC held that the parent had failed to establish that the school discriminated against him or failed to provide reasonable accommodation contrary to the Acts. The Adjudication Officer accepted that the reasoning behind not letting the pupil on the school tour was necessary for his own health and safety and those around him. In addition, the Adjudication Officer accepted the position of the school relating to the fact that the parent was not suitably Garda Vetted to accompany his son on the bus.

This case is useful for schools as it serves as a reminder of the duty to reasonably accommodate a student with a disability. The key takeaway from this case is that it is vital to engage with parents in a collaborative manner and explore alternative options.

If you would like to discuss the decision in greater detail, please contact a member of our Education team.