Early Disclosure or Pay the Price on Costs 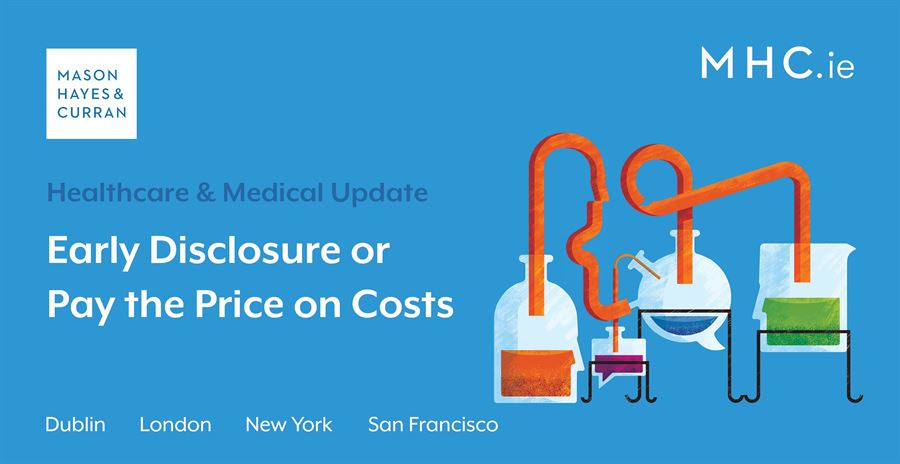 Failure to bring attention to the misinterpretation of written evidence may have a significant impact on legal costs. We look at the recent decisions in Hanrahan Waterstone & Ors[1] in this regard. The High Court found that proceedings may have been avoided had the treating doctor brought to the attention of his patient inaccuracies in the contents of his correspondence with her GP at an earlier stage.

These proceedings arose from fertility treatment which Ms Hanrahan received in 2011 and 2012 at the Cork Fertility Centre. During an unsuccessful IVF cycle, a fibroid was discovered on one of her scans. This fibroid was subsequently surgically removed. The type and location of the fibroid were central to the case.

In a letter to Ms Hanrahan’s GP, Dr Waterstone described the fibroid incorrectly. Arising from  this letter, Ms Hanrahan brought a claim alleging negligence in proceeding with IVF treatment in the presence of this type of fibroid given the extremely low chances of success. It was also claimed that the fibroid could have been removed by less invasive surgery. The claim proceeded to trial. The error in the letter was not revealed until the tenth day of trial.

Mr. Justice Cross accepted Dr. Waterstone’s evidence that the content of the letter was a ‘terrible mistake”. The Judge accepted Ms. Hanrahan’s arguments that as a result of Dr Waterstone’s conduct the entire claim was advanced on the basis of a misunderstanding. The letter to the GP and operation note relating to the removal of the fibroid were relied upon by Ms Hanrahan in advancing her claim at all stages. The effect of the letter was that the expert witnesses on both sides took different starting points, resulting in significant disagreement between them. It was only when Dr. Waterstone gave his evidence on the tenth day of a thirteen day trial that he explained the misinformation contained in his letter. Ultimately, the Court accepted Dr. Waterstone’s evidence as to the actual type of fibroid involved which resulted in Ms Hanrahan’s claim being dismissed.

Usually if a party is unsuccessful in their claim, they are responsible for paying the other party’s legal costs. The Court decided that due to the exceptional circumstances of this case, the normal rule that costs follow the event would not apply. Ms Hanrahan applied for her costs covering the first ten days of trial. This was the time period during which her claim unknowingly proceeded on the basis of the inaccurate letter. Dr. Waterstone, in recognition of his mistake, only sought 50% of his costs despite successfully defending the claim.

The implications of Dr Waterston’s failure to promptly disclose the correct interpretation of his letter were reflected in the Court’s final decision on costs. Ultimately, no costs were awarded to either party. The only exception was that Ms. Hanrahan was allowed outlay along with expenses of her expert witnesses. The Court recognised that this outcome may result in a penalty against Ms Hanrahan and her legal advisors, who ‘did nothing wrong’. Regardless, the fact that Dr Waterstone did not deliberately deceive the other party meant that this was, in the Court’s opinion, a fair outcome.

This case raises important issues for medical negligence litigation. Where a doctor or hospital becomes aware that a claim for medical negligence is being advanced based on an inaccurate set of facts, an effort should be made at the earliest possible stage to notify the other side of the correct facts. While failure to do so promptly may not necessarily impact the defence of the claim, it is likely to have a significant impact on the Court’s determination in relation to the costs of the proceedings.

For more information, contact a member of our Healthcare & Medical Law team.