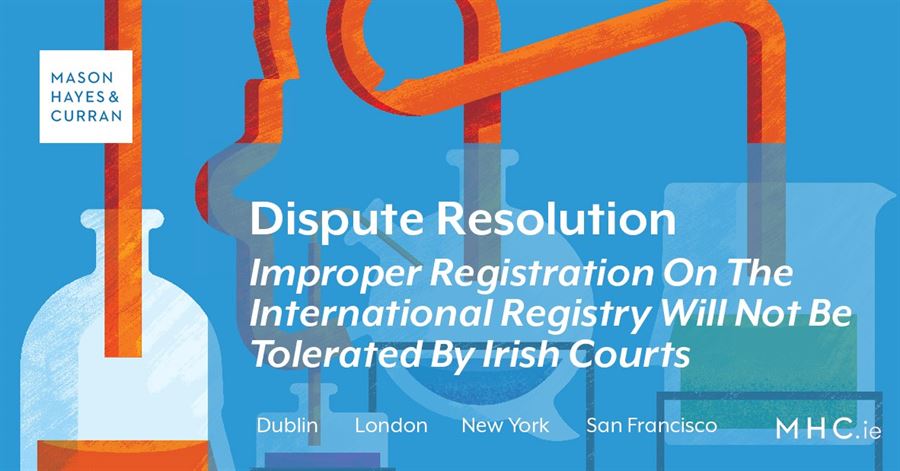 We recently represented UniCredit Global Leasing Export GMBH (Unicredit) in a successful application in the Commercial list of the High Court. UniCredit sought to remove and challenge the registration of three (3) registrable non-consensual rights or interests[1] (RNCRIs) by Business Aviation Limited (BAL) against Unicredit’s Aircraft on the International Registry for International Interests in Mobile Equipment. The Court held that these registrations were to be removed, as the Cape Town Convention (the Convention) did not apply and the registrations constituted an abuse of the International Registry.

The High Court also granted an Order restraining BAL and the person who made the registrations from making any further registrations against the Aircraft and/or its two engines, without the Court's permission.

In relation to RNCRIs, a Contracting State may make a declaration under Article 39 (1) of the Convention specifying those categories of RNCRIs, which under national law are registrable and afforded certain priority status.

The Aircraft was leased by UniCredit to an Austrian company named Phoenix XX (Twenty) Aviation Management GmbH (Phoenix) and registered in Germany. Phoenix appointed ImperialJet as the operator of the Aircraft. ImperialJet and BAL are both part of the Imperial group of companies. The lease agreement included a put option, which entitled UniCredit to require Phoenix to purchase the Aircraft at the end of the lease. UniCredit exercised the option but Phoenix failed to pay the put option price. A debt deferral agreement was put in place. However, Phoenix defaulted on the payments. Prolongation agreements were entered into by the parties, which contained a contractual term requiring a down payment of over €1 million. This down payment was funded by BAL. Phoenix defaulted on providing the balance due and UniCredit terminated the agreement in October 2017.

As a result of the defaulted payments, UniCredit took possession of the Aircraft in March 2018 and appointed a new operator. ImperialJet failed to deliver the log books and other aircraft documents. UniCredit applied for and obtained a mandatory injunction in Germany, ordering the delivery of the aircraft documents.

In the meantime, and unknown to Unicredit, BAL registered certain RNCRIs against the Aircraft and each of the two engines. The RNCRIs recorded at the International Registry relied on the declaration made by the United Arab Emirates (UAE) as a Contracting State in accordance with the Convention. Following no response to demands issued by UniCredit to BAL that the registrations be removed, UniCredit issued the proceedings in July 2018.

UniCredit contested the validity of the registrations on three principal grounds:

Application of the Convention?

In determining the case, Mr Justice McDonald considered legal opinions submitted in evidence by experts in the laws of Austria, Germany and the UAE. He held that in accordance with the rules of the Convention, there were no connecting factors to the Convention in this case as

Mr Justice McDonald further determined that even if the Convention did apply, BAL’s claim did not fall within any of the categories of RNCRI which are the subject of the UAE declaration. He also held that BAL did not obtain an AEP Code from the General Civil Aviation Authority of the UAE.

Application for a restraining order

UniCredit further sought a restraining order against BAL and the person who made the registration, prohibiting any registrations being made by them against the Aircraft and its engines, without the permission of the Court. Mr Justice McDonald granted this relief, noting that it was clear from the facts of the case that a false registration was deliberately made which showed contempt for the entire system and plainly constituted acting in an abusive manner. In order to maintain the integrity of the system, he was of the view that such orders are necessary to ensure that such ‘abusive and reprehensible’ behaviour is not continued.

This judgment clarified that if neither of the connecting factors are fulfilled, being the domicile of the debtor or registration of the Aircraft, the Convention does not apply. The non-applicability of the Convention is a sufficient ground to order the removal or discharge of the RNCRI registrations made.

It was highlighted by the Court on numerous occasions that parties should be able to rely on the Registry as an accurate reflection of the rights or interests as appropriately registered in accordance with the Convention.

This decision builds on existing precedent demonstrating the Irish Court's practical approach towards ensuring the correct application of the Convention and its willingness to order the removal of improper registrations on the Registry thereby ensuring the integrity of the system.

To discuss effectively defending your position in similar commercial disputes, contact a member of our Dispute Resolution team.

[1] Pursuant to Article 40 of the Cape Town Convention.