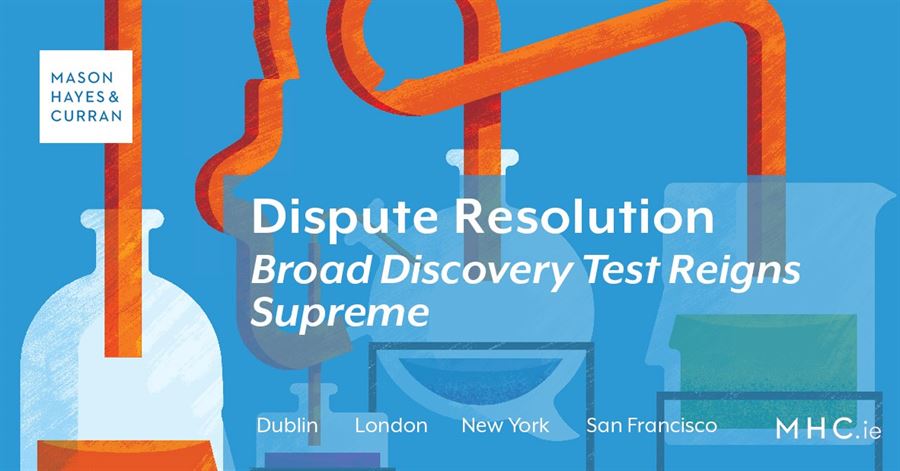 On Monday 15 July, the Supreme Court delivered its much anticipated judgment in Tobin v Minister for Justice. The Court in a unanimous ruling rejected the narrowing of the rules on discovery in the manner envisaged by the Court below.

The substantive proceedings concern a claim for personal injury by Mr Tobin against the State for alleged exposure to toxic chemical fuels during the course of his employment with the Air Corps in the early 1990’s.

In the High Court the plaintiff sought 15 categories of discovery from the Minister for Defence and was granted extensive, traditional orders for discovery. The uncontested evidence was that it would take 10 members of staff 220 man hours to review, locate, and categorise the documents sought which went back over 28 years. The decision was appealed to the Court of Appeal

Mr Justice Hogan delivering judgment in the Court of Appeal (COA) referred to the current operation of the discovery process and the associated burdens, costs and delays as a “crisis”. He went on to hold that the Court had a duty to "re-calibrate and adjust" the discovery practices by insisting that in cases where the discovery sought is likely to be extensive, no discovery order should be made until all other avenues have been exhausted and shown to be inadequate. The Court varied the orders of the High Court on a number of categories of documents on the basis that the application for discovery was premature. Read a previous MHC article on the COA decision here.

Appeal to the Supreme Court

The Supreme Court granted leave to appeal the COA decision noting that there was a question of general public importance involved in the proper general approach to discovery in cases where there is a suggestion that the disclosure sought is excessively burdensome.

The Chief Justice, delivering judgment, comprehensively set out the law and principles on discovery in this jurisdiction and the test to be applied by the Court where the burden of complying with discovery is likely to be burdensome.  He analysed the authorities in this area and stated that the following legal principles can be distilled from the jurisprudence:

It is clear from the terms of O.31 r.12 of the RSC and case law on discovery in this jurisdiction that a Court will only order discovery where it is satisfied that the documents sought are relevant and necessary for the fair disposal of proceedings or the saving of costs. Clarke CJ endorsed the classic formation of the test for relevance set out by Brett LJ in the Peruvian Guano case.

As regards necessity Clarke CJ endorsed the judgment of Fennelly J. in Ryanair plc v Aer Rianta where he held that the test for necessity does not require proof that the documents are absolutely necessary but the Court should “consider the necessity for discovery having regard to all relevant circumstances, including the burden, scale and cost of the discovery sought….”

Arising from Fennelly J.’s analysis of necessity above, the principle of proportionality was subsequently developed by the Courts as a relevant factor in assessing whether discovery should be ordered. Clarke CJ observed that the principle of proportionality has become an additional factor considered by the Courts to avoid the imposition of excessive burdens on parties to litigation resulting from wide ranging discovery orders

Fennelly J. in Ryanair held that the courts may, in their analysis of the necessity of an order for discovery, have regard to “alternative means of proof” available to the plaintiff.  In an effort to curtail the breath of discovery orders subsequent case law saw the Courts introduce an additional requirement that alternative methods of ascertaining the information required (for example interrogatories) are pursued prior to discovery.

Clarke CJ went on to define the broad principles which should be applied by a court where the requested party asserts that the burden which discovery would impose would be excessive or disproportionate. He held as follows:

The Court confirmed the well-established principle that the ambit of discovery is determined by reference to the pleadings. The Court will also take into account the manner in which a case is pleaded. This is not only for the purposes of determining relevance but also to assess the extent to which a party who objects to making discovery, on grounds that it is excessively burdensome, has contributed to that situation by the manner in which they have pleaded their case.

Application to the case

Applying the above principles to Mr Tobin’s case, the Chief Justice considered whether the State had discharged the onus of establishing that discovery was disproportionate having regard to the burden which that would place on the State and to the availability of interrogatories. Weighing also in the assessment was the extent to which the State may have contributed to the breath of discovery by putting the plaintiff on proof of everything.

The Chief Justice acknowledged that making full discovery would place a material burden on the State but characterised the burden as being moderate rather than severe in this case. Further, the Court was not satisfied that the State demonstrated that alternative procedural measures could give Mr Tobin the information sought at a lower cost. It followed that the State’s proportionality argument could not succeed and thus it failed to discharge the onus of proving the documents were not necessary.

The Court allowed the appeal and restored the broad ranging discovery order of the High Court subject to the minor amendment of limiting the time period in one category of discovery. 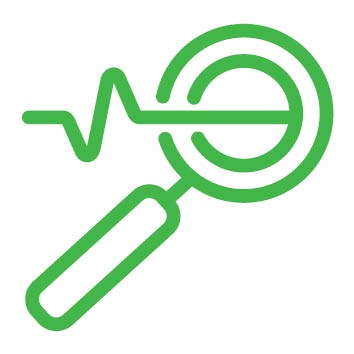 It was thought that the COA decision might pave the way for a more restrictive discovery procedure. This has been rejected by the Supreme Court. We may well see reform in this area later this year when the Review of the Administration of Civil Justice finishes its work as one of its key priorities is to comprehensively change the rules and procedures that apply to the discovery process.

This article was written by Colin Monaghan and Louise Mitchell. The content of this article is provided for information purposes only and does not constitute legal or other advice.

Dispute Resolution Update: Improper Registration on the International Registry Will Not be Tolerated by Irish Courts