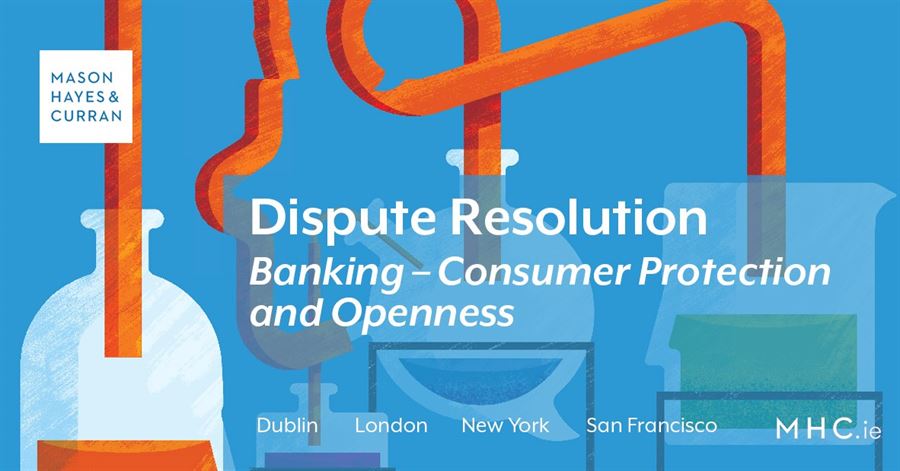 Over the last 10 years, there has been a significant volume of banking consumer claims, both through the courts and the Financial Services Pensions Ombudsman (FSPO). Allied to this, the Central Bank of Ireland (CBI) has mandated redress in respect of issues such as tracker mortgages.

Until recently, much of what happened has been behind closed doors, with the FSPO unable to publish decisions and the CBI imposing redress arguably beyond what the Courts would have granted.

The recently introduced ability of the FSPO to publish decisions, the introduction of Irish Banking Culture Board (IBCB) and the potential EU introduction of collective redress paves the way for increased certainty for consumers and financial institutions alike.

The FSPO published 228 decisions in January 2019, under new powers granted by the Financial Service and Pensions Ombudsman Act 2017, having previously been unable to publish its decisions. This publication alone provides a level of certainty for all parties as to the likely outcome of similar complaints and therefore enables early consensual resolution, with a consequent cost saving.

Irish Banking and Culture Board

The Irish Banking Culture Board (IBCB) was established by some of the Irish banks but operates independently to rebuild trust in the banking sector. It is seeking to foster a sustainable banking culture. Its recent “Public and Stakeholder Consultation Report 2019” is a valuable source of information on expected behaviours. Stakeholders suggested that banks do not over-estimate a customer’s understanding of financial products and make efforts to improve financial literacy. They also advocated for transparency – from clear terms and conditions to all communications with customers.

The EU has been seeking to introduce some form of collective redress mechanism for breaches of EU consumer protection law for over a decade.

On 26 March 2019, the European Parliament approved an amended version of the European Commission's proposal for a Directive on representative actions for the protection of collective interests of consumers. The proposed directive is limited to damage suffered and does not permit the recovery of punitive damages.

The Council has not yet adopted a position on the Directive. Therefore the Directive is likely to be considered again by the newly elected MEPs.

The Parliament appears to have been anxious to avoid some of the potential for abuse inherent in US style class actions and tightened the criteria for “qualified representative entities” (QREs) to bring collective actions on behalf of consumer groups harmed by infringements of E.U. law. QREs must be non-profitmaking organisations, independent of law firms. The directive is now with the Council of the E.U. for approval. The Parliament also sought to eliminate the possibility of overlapping collective actions.

Easily accessible and accurate material on the issues likely to give rise to disputes and how the courts / the FSPO are likely to treat such disputes, should drive acceptable behaviours and enable parties to settle most disputes consensually. This should in turn enable financial institutions reduce the costs associated with disputes, which are inevitably passed on to customers, to the benefit of all involved.

Separately, collective redress actions, if brought by bodies such as the Competition and Consumer Protection Commission (and the EU Parliament appears anxious to avoid ad hoc bodies issuing such proceedings) appear likely to result in increased transparency and reduced costs, noting that the proposal excludes overlapping actions.