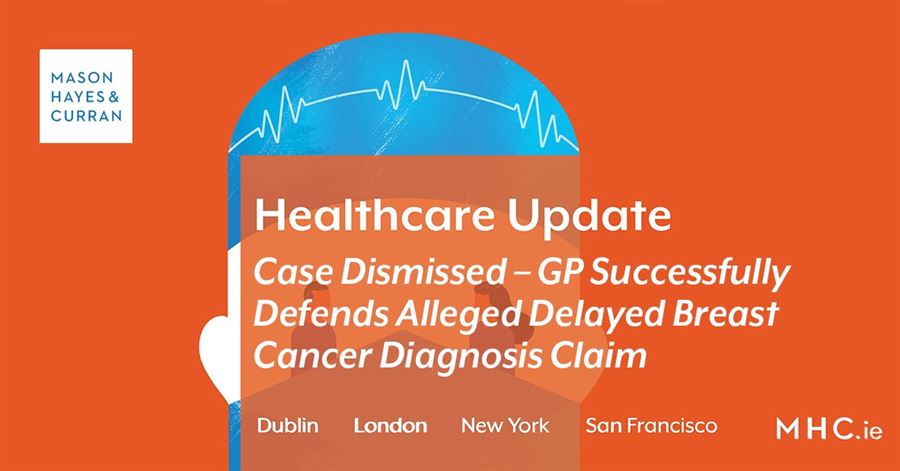 The recent High Court case of Rossiter v Donlon saw the plaintiff, Ms Rossiter suing a GP, Dr Donlon, in negligence regarding the care and advice provided to her during a consultation on 24 September 2014 when she presented with a history of an armpit lump. Ms Rossiter’s claim was ultimately dismissed. We look at the reasons why. 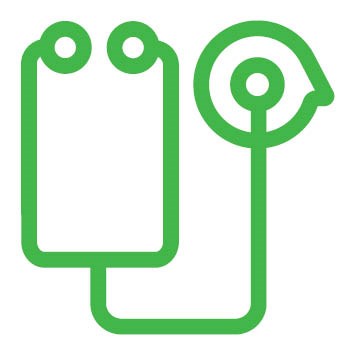 Ms Rossiter’s evidence was that she developed a lump in her left armpit when she was 32 years old. When the lump persisted for three months she became concerned. Ms Rossiter attended with Dr Donlon on 24 September 2014 when she examined the left armpit and could not find any lump. Dr Donlon felt that the lump may have been a transient lymph node secondary to eczema, she reassured Ms. Rossiter and advised her to return if the armpit lump recurred. From December 2014 to July 2016, Ms Rossiter attended Dr Donlon and other GPs for eczema and unrelated complaints but made no further mention of the armpit lump. In August 2016, she attended with another GP in relation to a left breast lump which had developed. Following further investigations a diagnosis of terminal breast cancer was made two months later with metastatic spread to the spine, liver and brain.

It was alleged that the breast cancer diagnosis could have been made in 2014 if Dr Donlon had referred Ms Rossiter to a Breast Clinic, at which point she could have availed of curative treatment. Ms Rossiter asserted that Dr Donlon performed an inadequate examination of her left armpit and did not offer to do a breast examination during the 2014 consultation. Dr Donlon’s evidence was that a breast examination was offered, but it was declined by Ms Rossiter. Ms Rossiter further alleged that Dr Donlon was negligent in failing to advise her to return for a further review in two to four weeks, on the basis that while Dr Donlon could not find any lump in the armpit on examination, Ms Rossiter was certain that she could feel a lump there. Dr Donlon’s evidence was that the patient agreed that there was no evidence of a lump on the day. Ms Rossiter claimed that the lump persisted after the consultation in September 2014, but due to the reassurances given to her by Dr Donlon she did nothing about it and disputed that she was told to return if the lump recurred.

The importance of good note taking

There were a number of conflicts as to the nature of the 2014 examination and what was said by both parties on that occasion. On the vast majority of points, the court preferred the evidence of Dr Donlon even though she had a limited memory of the consultation. This was largely due to the fact that Dr Donlon had made notes directly after the consultation and the content of these contemporaneous notes was preferred over the recollection from memory of Ms Rossiter. It was accepted that Dr Donlon’s notes were of an adequate standard. Furthermore, Ms Rossiter had accepted the accuracy of other aspects of the notes.

Duty to put matters to witnesses in cross-examination

In determining whether a breast examination was offered to Ms Rossiter or not, the portion of Dr Donlon’s notes which stated “declined breast exam” was highly relevant. Mr Justice Barr felt that if he were to find that no breast examination was offered by Dr Donlon, he would have to find as a fact that Dr Donlon had, within minutes of the consultation ending, deliberately lied in her notes to that effect. The judge stated that this would be an extremely serious finding to make against a doctor especially where Ms Rossiter’s legal team had not put that allegation to Dr Donlon during the course of cross-examination.

Experts on both sides disagreed in relation to the appropriate tumour doubling time. The expert witness for Dr Donlon was adamant that this tumour had a much faster doubling time than that put forward by Ms Rossiter’s expert in a second report. Mr Justice Barr felt that the propositions set out in this second report, prepared after seeing the other side’s expert report, were not well founded and that no additional literature had been produced to cast doubt on the initial literature references which supported the conclusions of Dr Donlon’s expert. In the end, the evidence of Dr Donlon’s expert was favoured by the court. It was accepted that the breast tumour in 2014 was likely to have been 0.6cm in size which was below the threshold size of 1cm for it to have been discoverable on palpation by a GP at that time.

Mr Justice Barr considered whether Dr Donlon was negligent in firstly not insisting more strongly at the consultation in 2014 that Ms Rossiter should have a breast examination and secondly in not scheduling a review appointment for a later date.

It was held that it was reasonable for Dr Donlon not to press the issue of a breast examination once it had been declined by Ms Rossiter.

Experts on both sides were in agreement that if there was no consensus between patient and doctor in relation to the presence of a lump, a further appointment was necessary. However, where there was consensus, as was found to have existed in this case, it was not necessary to schedule a review and it was acceptable to advise the patient to return should the lump recur.

Further to this, Mr Justice Barr felt that even if Dr Donlon had been negligent in failing to carry out a breast examination in 2014, that failure did not lead to any loss or injury. In light of the faster tumour doubling time accepted by the court, the judge was satisfied that, having regard to the probable size of the tumour in 2014, it would not have been detectable on examination at the time.