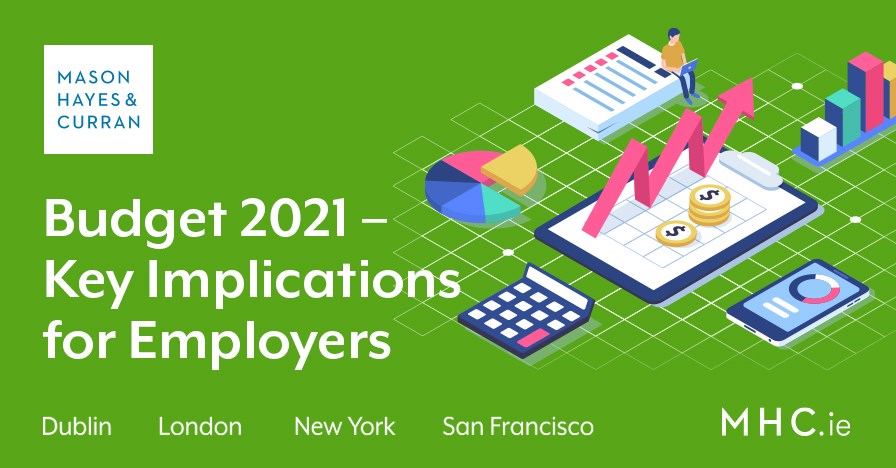 Budget 2020 included an unprecedented €17.75 billion package to combat what Minister Donoghue said was “the greatest challenge to face the country since it gained independence”.  A number of the items in the budget will impact employers and employees.

The existing Employment Wage Subsidy Scheme - EWSS is currently set to continue until 31 March 2021. Minister Donohue has said that a similar type scheme will be needed up to the end of 2021 and confirmed that there will be no cliff edge to the existing EWSS in March. Instead, it will be extended during 2021 with the Government set to decide on the form of its extension when economic conditions are clearer.

The Government introduced a new “parent’s leave”, in 2019,  which entitles each parent to 2 weeks’ leave during the first year of a child’s life, or in the case of adoption, within one year of the placement of the child with the family. Employees who avail of parent’s leave are entitled to receive parent’s benefit from the State, subject to meeting certain eligibility criteria. There is no obligation on employers to top-up this benefit.

Minister McGrath confirmed yesterday that parent’s leave would be extended by a further 3 weeks bringing an employee’s total entitlement to 5 weeks’ leave. We do not yet have any detail on when the additional leave will take effect but the government have confirmed that it will apply to parents of children born or adopted from November 2019.

The Government had previously indicated that the State pension age would not rise to 67 in January 2021 as had been planned. This was confirmed in the budget announcement yesterday.

Minister Donohoe acknowledged that working from home has been an essential part of Ireland’s response to the on-going pandemic. He took the opportunity to highlight that currently:

The Minister confirmed that this relief will be extended to include the cost of broadband for 2020. Further details on this will be provided by Revenue guidance in due course.

Claims for other vouched expenses can be made by employees provided they are incurred “wholly, exclusively and necessarily” in the performance of their duties of employment.

Minister Donohoe announced that there are no broad changes to income tax or tax bands, but that the ceiling of the second USC rate band will be increased from €20,484 to €20,687. This change is expected to apply from 1 January 2021.

Minister Donohoe also announced that the weekly threshold for the higher rate of employer’s PRSI will be increased from €394 to €398 to ensure there is no incentive to reduce working hours for a full-time minimum wage worker. Again, this change is expected to apply from 1 January 2021 and will ensure that the 8.8% rate of employer’s PRSI applies for  workers on the minimum wage, once it is increased.

For more information relating to Budget 2020 and how the provisions may affect your business, contact a member of our Employment & Benefits team or Tax team. 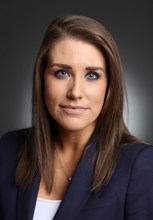