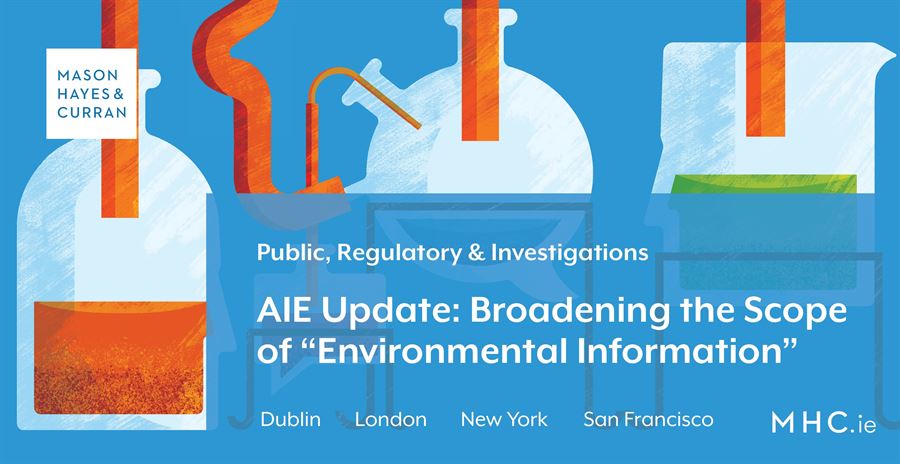 The relevant information requested by Mr Redmond from Coillte in this case related to the sale by Coillte of forestry lands in County Tipperary to a private buyer. Contrary to the decisions of the High Court and the Commissioner, the Court of Appeal determined that such information did constitute environmental information within the scope of the AIE Regulations.

In doing so, the Court of Appeal has re-confirmed the meaning of environmental information, and as a result the scope and obligations of public authorities under the AIE Regulations, are very wide indeed.

Decisions of the Commissioner and High Court

Before considering the Court of Appeal decision, the main findings of the High Court were as follows:

The principal issue in the appeal was whether the information sought by Mr Redmond relating to Coillte’s sale of forestry lands was “environmental information”. Mr Redmond also argued that: (i) the Commissioner should have considered the likely impact of the sale on the environment; and (ii) the High Court was wrong to affirm the Commissioner’s finding that a change of ownership in itself did not constitute a “measure… affecting or likely to affect” the environment, given that further permits would be required before the purchaser could fell any trees.

The Court of Appeal also made a number of interesting observations and findings in relation to the role of the Commissioner, the nature of appeals before the Commissioner and the scope of appeals to the High Court under the AIE Regulations. These are as follows:

The decision also re-iterates the need for the Commissioner to follow a transparent process in appeals under the AIE Regulations, and to consider all relevant material before him.

Interestingly, this is one of a number of recent Court decisions that have found against the Commissioner, including in his capacity as Information Commissioner under the Freedom of Information Act 2014. This includes the recent AIE decision of the High Court in ESB v Commissioner for Environmental Information[4], which is the subject of a forthcoming ezine that will issue shortly.

For more information on the application of the AIE regulations, contact a member of our Public, Regulatory & Investigations team.