The Corporate team at Mason Hayes & Curran LLP acted in some of the most significant deals in Ireland during 2019.

Acted for the Department of Communications, Climate Action and Environment on the implementation of the National Broadband Plan, that aims to deliver High Speed Broadband to every citizen and business in Ireland. This is one of the highest value state investment deals ever concluded in the Irish market and the €3 billion contract is the largest technology contract ever entered into by the State.

Acted for SSE Renewables (Ireland) Limited on the sale of a minority interest in Cloosh Valley wind farm to Greencoat Renewables.

Acted for Neoen (one of the world’s leading and fastest growing independent producers of exclusively renewable energy) on its acquisition of eight operational wind farms in Ireland, with a total capacity of 53.4 MW.

Acted for Paulus Holdings Limited t/a LetsGetChecked on its recent Series B funding round in the amount of approximately $30 million from six investors.  The latest funding round was led by Boston-based Leerink Transformation Partners (LTP), with existing backers Optum Ventures and Qiming Venture Partners also participating.

Advised the shareholders of Steripack Group Limited, a global leader in sterile contract manufacturing, on the sale of a minority interest in the company to Great Point Partners LLC.

Advised the selling shareholders of SCISYS plc in relation to the acquisition by CGI Group Holdings Europe Limited of the entire issued share capital of the company.

Acted for Blackhawk Network Holdings Inc, a portfolio company of Silver Lake which is one of the world’s largest private equity players, on its acquisition of TSC Ventures DAC together with its subsidiaries (t/a One4All) from An Post and other shareholders.

Acted for JP Morgan in relation to the acquisition by Mediahuis of Independent News and Media plc., a media organisation based in Dublin, that publishes daily, regional and Sunday newspapers.

Acted for David and Jacqueline Kyne in the sale of the Dublin based public relations agency Kyne Communications to the Evoke Group, part of Huntsworth plc (Lon:HNT). 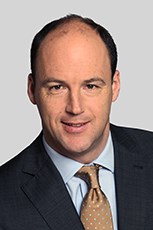 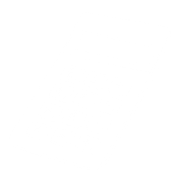 Mason Hayes & Curran Advises On The €7.3bn Bid For Elan