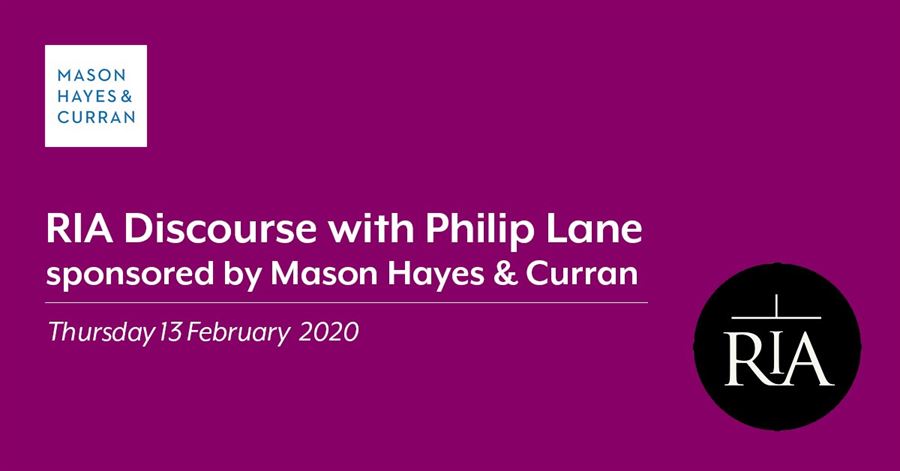 We are delighted to sponsor the Royal Irish Academy Discourse with Philip Lane in conversation with Alan Barrett on Thursday 13 February.