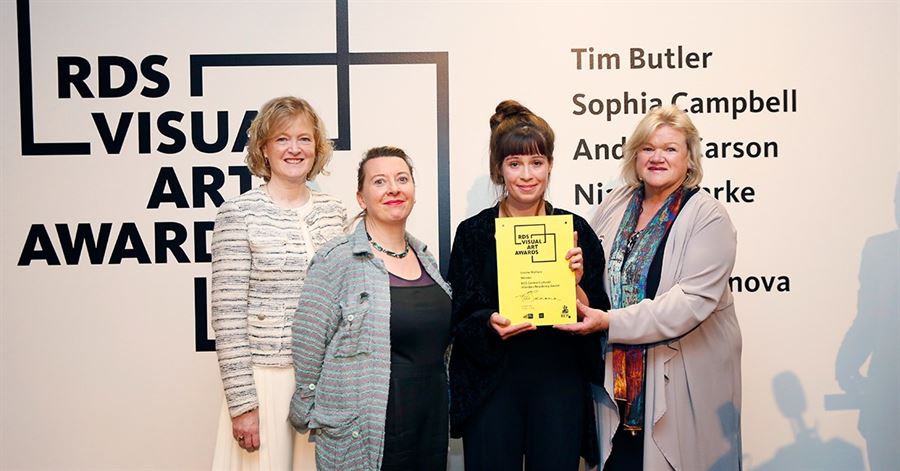 The winners of the 2019 RDS Visual Art Awards were announced on Thursday 17 October, at the opening of the awards exhibition in the RDS. We were delighted to sponsor the 2019 Centre Culturel Irlandais Residency Award, which is valued at €5,000 and gives the winner full-time access to a room and studio space for three months in the Centre Culturel Irlandais in Paris in summer.

Louise Wallace was the winner of the 2019 Centre Culturel Irlandais Residency Award for her work 'Hidden in Hazel'.

In this exhibition Louise presents an installation called ‘Hidden in Hazel’ which was made in collaboration with men living off the grid in the Burren, Co. Clare. Documenting these people’s lives and desire to live an ‘analogue’ existence is reflected in the processes used by Louise in making the work – using film photography, 16mm film, and cassette tape to record interviews. Louise has always had a strong interest in photography and documentaries and aims to make work of an intimate nature creating human connection.

The three film pieces are projected onto three screens on a free-standing triangular frame and accompanied by ambient sounds of the dawn chorus which were recorded in the Burren in 2018. The films explore hidden stories from three characters living amongst the hazel scrubs on the west coast of Ireland. Each protagonist has little or no connection to the digital realm, having instead chosen to focus their attention on their own personal creative endeavours. The stories are captured on 16mm analogue video which represents the lack of digital engagement experienced in their everyday lives. The 16mm footage is presented to viewer in transformed digital projection to represent the world in which they currently exist within. The last of a true analogue people existing in a transformed digital age.

Read more about all of the RDS Visual Art Award winners. 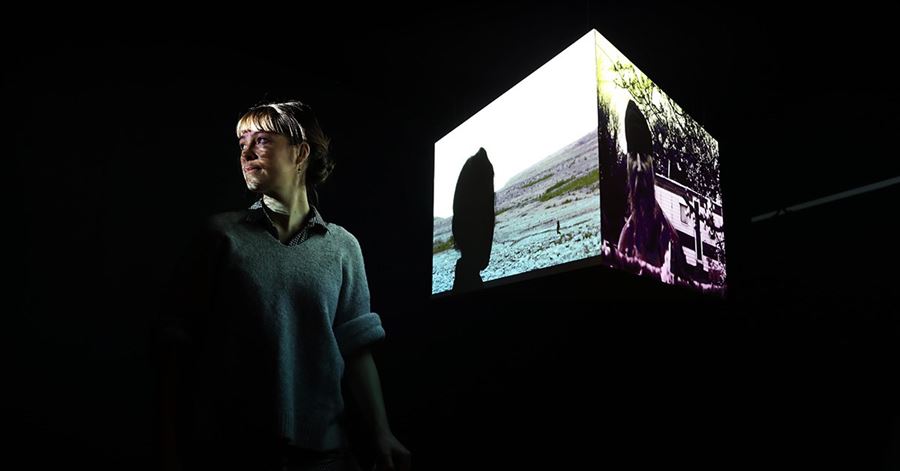