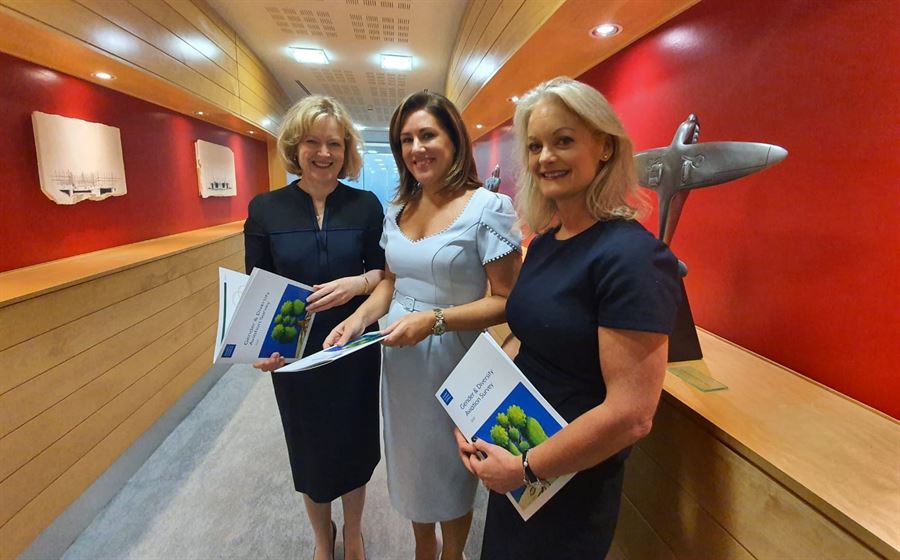 We have released the results of our annual Gender & Diversity in Aviation Survey. This is the fourth year of the survey, and the 2019 results have revealed an industry where female employees and those from minority groups are still struggling to progress to senior leadership positions. 71% of respondents to our survey said that over 30% of the total headcount in their companies is female. However, the percentage of senior positions held by women is still low, with only 16% of the respondents indicating that over 30% of the senior roles in their organisations are held by women. 14% of respondents indicated that they were from a minority group such as an ethnic or religious minority or LGBTQI, which was a slight increase on 2018. However, only 4% stated that their manager came from a minority group.

Commenting on the results, Christine O’Donovan, Head of Aviation and International Asset Finance, said “The aviation industry is very competitive, and business leaders will want to make sure they are reaping the benefits that diversity can bring to their business. Looking at the survey results, there has been a slight increase in the number of respondents identifying as being part of a minority group, which is a positive development. However, the percentage of women at senior level is still low. Business leaders need to harness the benefits that bringing people from diverse backgrounds into their organisations can bring, especially considering that employees, particularly graduates, are expectant of a dynamic workplace with lots of opportunities and potential for career advancement.”

The survey also highlighted a state of unpreparedness for gender pay gap reporting legislation, which is expected to be enacted later in 2019. Only 14% of respondents state that their company has already carried out an analysis, and 41% are unsure if their company has done anything. In terms of board-level diversity, 28% of respondents stated that their organisation still has an all-male board, despite the fact that many studies show that board diversity leads to enhanced board effectiveness and enhanced company performance.

“Single gender boards is fast becoming taboo for boards of companies involved in international business, and such boards will need to put a plan in place to appoint female directors from either within their business or external independent appointees”, said Ms O’Donovan.

“There are positive indicators of increasing diversity in the survey, which is encouraging to see. Businesses function through human engagement and productivity, and humans are responsible for the pace and speed of change. The challenge remains to embed a culture of equality and inclusion within organisations so that leadership change or staff turnaround does not cause it to fade away. Education and training has an important role to play in achieving better levels of diversity & inclusion, which will ultimately benefit the organisations themselves and the aviation industry as a whole.”

View the Gender and Diversity in Aviation Survey Report