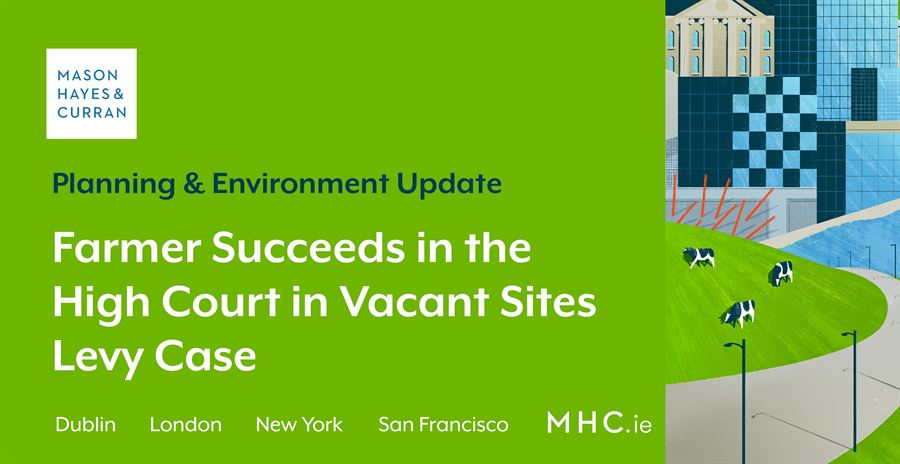 A farmer from Cork took a case to the High Court after An Bord Pleanála upheld the decision of Cork County Council to place his land on the register of lands subject to the vacant sites levy (the Levy).[1]

The Levy was introduced in The Urban Generation and Housing Act 2015 (the Act). The intended purpose of the Act is to incentivise development of land zoned for residential use. The Act also encourages the development of lands which have been identified by local authorities as in need of regeneration in order to address housing supply issues.

The term “vacant site” is defined in the Act as being a site consisting of residential land which is:

The site, or the majority of the site, must also be “vacant or idle” for the previous 12 months. A site entered on the vacant sites register is subject to the Levy. In 2019, the Levy increased from 3% to 7% of the site's market value.

The farmer’s lands were zoned as ‘residential’ in the local area plans. Cork County Council, having inspected the lands, made a decision to enter them on the vacant sites register, despite the lands being in use for agricultural purposes.

The farmer contended that the lands: 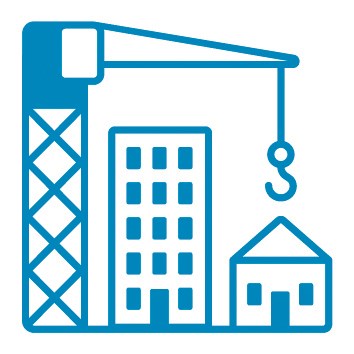 An Bord Pleanála argued that Circular PI/2016, issued by the Department of Housing and Local Government considered that the legislation entitled the planning authority to impose the Levy on lands which are not being used for the purposes for which they have been zoned. The Court was of the view that land in use for a purpose other than that for which it is zoned, was not intended by the legislature to be captured by the words “vacant or idle”. The Judge determined that the proper interpretation of “vacant” was “empty or unoccupied” and “idle” took the meaning of being “not in use”.

The farmer argued the fact that the local authority intended to upgrade the area and provide public infrastructure was not sufficient to consider the site appropriate for housing. The Judge was of the opinion that the infrastructure does not necessarily have to be in place during the relevant period but that statutory processes should be completed. The Judge also determined that the future contemplated completion of a statutory process is not relevant. Accordingly, certain approval procedures should be completed when assessing whether a site is served by public infrastructure and facilities for the purposes of the Act.

The Judge found in favour of the farmer and quashed the order of An Bord Pleanála. The Judge took the literal interpretation of the words “vacant or idle” and acknowledged that there was ambiguity surrounding their meaning. However, he took the view that if there was an intention to extend the interpretation to the include lands which are not being used for the purposes for which they have been zoned, it would be a matter for the legislature.