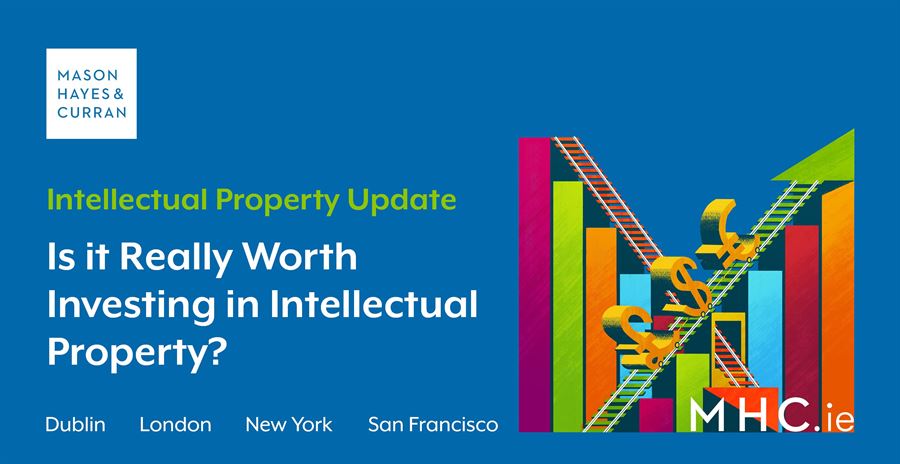 The European Union Intellectual Property Office (EUIPO) has published its “Intellectual Property rights and firm performance in the European Union” report. The report highlights persuasive evidence for companies to invest in intellectual property rights (IPRs). It found that companies that own IPRs have on average 20% higher revenue per employee than companies that do not. Indeed, one of the central findings of the EUIPO report is that there is a positive association between IPR ownership and economic performance, with revenue per employee 55% higher for IPR owning-companies in comparison to non-owning companies. Clearly there is a significant value for businesses in investing in intellectual property.

Why invest in intellectual property?

IPR’s are available to all companies including smaller-sized companies and SME’s, as well as multinationals. In the current tech-centric focused economy, innovative new companies are more than ever key market players. By effectively protecting their IP, innovative companies can secure financing, grow, collaborate and create value. Particularly in the immediate future, IPR-intensive industries in general, and SMEs innovating with new technologies will be expected to play a crucial role in pulling Europe’s economy out of the post-pandemic recession.

How much value does IP ownership bring?

The report analysed a sample of over 127,000 European companies in order to compare the economic performance of those that own IPRs with those that do not. Indeed, in a similar study published in 2015, the EUIPO illustrated that companies which own IPRs have higher revenue per employee and also pay higher wages than companies which do not. In terms of the type of IPR at issue, those reported on included patents, trademarks and designs or a combination of all three.

The key findings of the report were that:

Should companies be investing more in intellectual property?

The EUIPO report confirms that there is a strong positive relationship between ownership of IPRs and company performance as measured by revenue per employee and average wages paid. This does not of course constitute conclusive proof that encouraging companies to invest more in IPRs will cause their performance to increase or improve. It does, however, demonstrate a positive relationship between the two, and smaller sized companies in the EU should be aware of the possibilities and options open to them in terms of protecting their rights and their innovative processes.

On review of this recent update from the EUIPO, it is clear that the evidence very strongly suggests that it is indeed a worthwhile exercise for all companies to invest in IPRs, where and when opportunities arise to do so.

To learn more about this recent EU report and protecting your companies IP rights, contact a member of our Intellectual Property team.