The recent decision of Mr Justice Binchy in Padraig Higgins v The Irish Aviation Authority[1] dealt with an appeal against an award of damages made in favour of the plaintiff for his claim for defamation.  This was the first case in which an award was made by a jury following an offer to make amends.

The plaintiff is a senior commercial airline pilot. The claim for defamation arose out of an investigation by the UK Civil Aviation Authority (the CAA) into an incident involving the plaintiff.  He had carried out an emergency landing of a microlight aircraft in poor visibility.  While the aircraft landed safely, it hit a block causing damage to the front of the plane.

The investigation stemmed from the necessity to ensure that all regulatory requirements relating to UK flights and airspace had been adhered to at the time.  The respondent made a data access request from both the UK and Irish Aviation Authorities.  The documentation received from the UK authority included 3 emails from the Irish Aviation Authority (the IAA) to personnel in both the UK and their own organisation.  It was the contents of these 3 emails that gave rise to the defamation proceedings.  It was claimed that the emails were defamatory on the basis that they suggested Mr Higgins did not have the appropriate licence, failed to obtain necessary clearances and placed his own life in danger by embarking on such a flight.

The Court acknowledged that the extent of publication was only to a limited group of 5 people, 3 of whom were internal staff members in the IAA and two were officers in the CAA.  It was noted that the “most damaging” of the emails was only sent to one person.  The plaintiff argued that publication of material to a small but important group is not a ground upon which an award can be reduced.  While the Court said it would bear the status of the recipient group in mind, it did not agree with the plaintiff’s argument that it can never constitute a ground to reduce an award.

The proceedings were issued in 2014.  The IAA had initially indicated that they would be vigorously defending the proceedings based on qualified privilege, but changed tact and instead sent an offer of amends according to Section 22 of the Defamation Act 2009.  Agreement could not be reached between the parties as to the level of compensation or the wording of the letter of apology.

Under Section 22, an offer of amends can be made in advance of delivering a defence to a defamation action.  It allows a defendant to make an offer to correct, apologise for and compensate a plaintiff in defamation proceedings.  The offer must be made in writing.  It encourages early resolution in defamation claims.

A dispute arose in the High Court about whether a judge or jury should determine the level of compensation. This point was referred to the Supreme Court which decided that, notwithstanding an offer of amends, damages fell to be determined by a jury.

The jury awarded the respondent €300,000 in general damages and €130,000 in aggravated damages.  They then applied a 10% deduction for the offer to make amends.

The IAA appealed the award, submitting that both the general and aggravated damages were “unreasonable, excessive and disproportionate”.  They also alleged that the level of discount applied for the offer of amends was “deficient”.

The appeal was heard by remote hearing in April 2020.

Conduct of the appellant

The Court considered the fact that following their investigation, the IAA informed Mr Higgins that it did not have any concerns in relation to his conduct.  However, the IAA still instructed their solicitors to send a “robust” letter of their intention to vigorously defend the proceedings.  There was a delay of almost 2 years on the part of the IAA in making the offer of amends, without explanation. The Court was critical of this delay.  It stated that there is an obligation on defendants to “move very quickly to redress…the damage caused to the reputation of the person who has been defamed”.  The Court was of the view that the IAA had “failed utterly to do so”. They also noted that the IAA failed to engage in negotiations about the level of compensation.

The Court of Appeal accepted that if the matter was sent back to the High Court for a retrial, further costs would be incurred. They were therefore happy to assess damages.

The Court felt that €70,000 was appropriate to compensate Mr Higgins for the damage to his reputation and for the associated distress and upset.  They were satisfied that the emails complained of were not sent with malicious intent.  They did however award €15,000 in aggravated damages because of the way in which the offer to make amends was made.  This conduct involved a refusal to negotiate after its first offer of compensation was declined and a delay of more than 6 years in issuing an apology, which was just before the trial.  They did not increase the discount of 10% because of the IAA’s delay and their “high handed” approach in failing to negotiate compensation.

From a defence perspective, this case illustrates the importance of a consistent approach to a claim for defamation from the outset.  The fact that there was no explanation for the delay of 2 years before the offer for amends was put forward had a significant impact on both the jury’s and the Courts determination of the percentage deduction.   It is clear that while an offer of amends can be a helpful tool in engaging with a plaintiff at an early stage, parties should ensure:

The decision serves as a word of warning that there is potential exposure to aggravated damages if an offer of amends is not used appropriately. 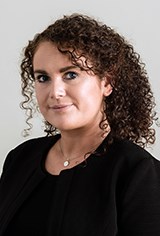