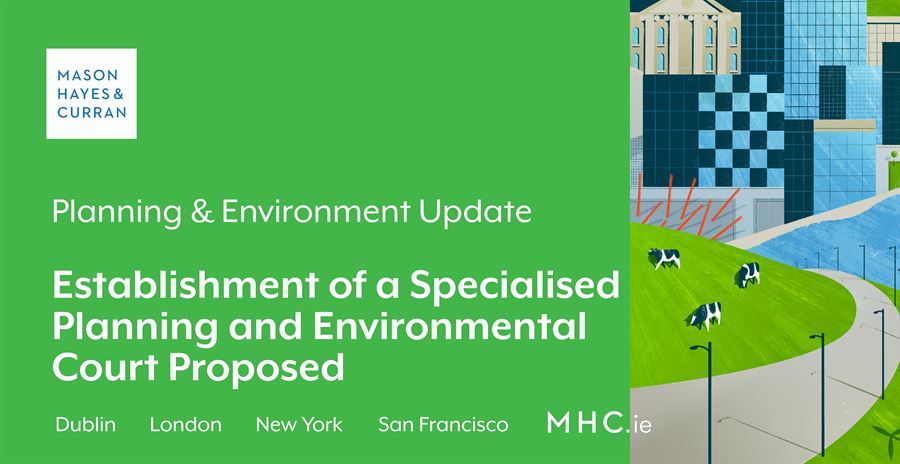 The Programme for Government agreed between Fine Gael, Fianna Fáil and the Green Party includes provision for the establishment of a dedicated Planning and Environmental Law List as a separate division of the High Court. This was a manifesto commitment of the Green Party and its inclusion in the Programme for Government represents a very significant potential development in relation to Irish planning and environmental law.

The establishment of a specialised Planning and Environmental Law Court was first proposed by the former Supreme Court Chief Justice, Susan Denham speaking in 2012 on the 75th anniversary of the enactment of the Irish Constitution. Chief Justice Denham singled out environmental and planning law as a particularly technical area of the law which might benefit from having its own separate jurisdiction similar to that of Family law. Her comments did not find traction at the time given the ongoing economic recession. However, in recent years there has been a renewed focus, particularly in the legal academic community, on the idea precipitated by the significant increase in the volume of environmental and planning cases coming through the court system as the economy improved.

Notice has been taken of the successes of the specialised environmental courts which have been rolled out in other jurisdictions such as the Land and Environment Court in New South Wales in Australia and the Vermont Environmental Court in the USA. The present Chief Justice Frank Clarke chaired a conference in UCC in 2015 on the possibility of establishing a similar court in Ireland, and it is interesting to see the influence of such academic conferences on the development of policy.

The Aarhus Convention, ratified by Ireland in 2012, aims to promote access to justice for litigants in environmental proceedings and ensure that environmental 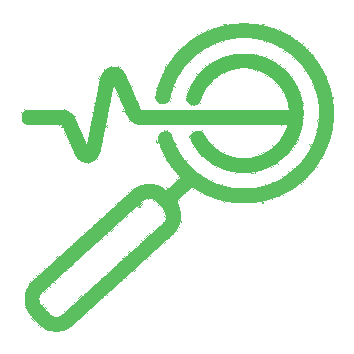 litigation costs are not “prohibitively expensive”. This poses particular difficulties in common law jurisdictions where review procedures of planning authorities are provided by the Judicial Review procedure in the Superior Courts, which gives rise to the difficulty of significant legal costs for participants in such courts. Such difficulties in fulfilling the requirements of the Aarhus Convention in a manner which is not prohibitively expensive do not generally arise in other European jurisdictions, who operate administrative tribunals under a civil legal system.

Changes to the default provisions of legal costs introduced to give effect to the Aarhus requirement of procedures which are not prohibitively expensive have resulted in a significant increase in the number of cases in the superior Courts relating to environmental and planning law. This has manifested itself in lengthy delays and associated costs and frustration for prospective developers. For example, in 2017, it was estimated that two-thirds of all wind farm projects under development were subject to legal proceedings.

Ireland has a tradition of a generalist court system, where judges are expected to hear and adjudicate on all matters before the court, irrespective of their particular area of speciality in practice. While this system has the considerable advantage of ensuring objectivity and rationality in the development of an area of law, it also has its disadvantages. A generalist judge cannot be expected to have the specialist knowledge necessary to assess particularly complex environmental or planning matters without spending considerable time being addressed on the core principles of law which would be familiar to a specialist.

The Programme for Government commits the incoming government to establishing “a new Planning and Environmental Law Court managed by specialist judges and on the same basis of the existing Commercial Court model.”

It is to be expected that Judges appointed to the new Court would be specialised in the field helping to therefore result in more expeditious decision making. By being modelled on the existing Commercial Court, it is anticipated that such a Court would be able to develop bespoke practice directions and special procedures to facilitate the efficient operation of the Court.

All of these measures should assist with reducing the length of and associated costs of hearings.

With any new legal structure comes a certain level of risk. One international criticism of established Planning and Environmental Law Courts is that judgments become centralised under one judge and the law is developed in such a way as to reflect the particular disposition or ‘world-view’ of that judge. So while such a court may promote consistency, it can also equally lead to unnecessary rigidity in the development of the law. However, the fact that Irish environment and planning law is, to a very large extent, based on developments in the Court of Justice of the European Union (CJEU) should mitigate any such risk in the Irish context.

While a Planning and Environmental Law Court is unlikely to be the solution for the current difficulties in this area of law, it is likely to be welcomed by all who engage with the Courts in relation to planning matters, be they members of the public, developers or the planning authorities.

It is noteworthy that the Programme for Government also commits the incoming government to “Review and reform the judicial review process so that such reforms come into effect upon the establishment of the Environmental and Planning Law Court, while always adhering to our EU law obligations under the Aarhus Convention.”

It is recalled that the outgoing government made far reaching proposals to limit the ability of members of the public to take Judicial Reviews of planning decisions. However, those proposals may not meet with acceptance by the new government. What reforms the incoming government might make to the Judicial Review process which on the one hand reduce the ability of individuals or groups to challenge decisions, and on the other comply with the obligations of the State under the Aarhus Convention will be interesting to see.