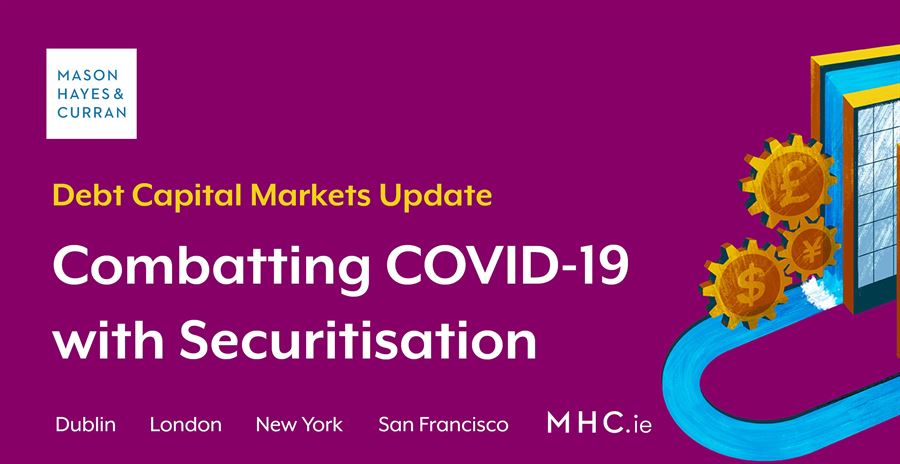 The Commission views securitisation as a tool for enhancing the capacity of financial institutions to support economic recovery. The Commission, in July 2020, proposed a Capital Markets Recovery Package as part of its efforts to combat the economic shock caused by the COVID-19 pandemic. In October, the EU Council published its position on the proposals.

One element of the Commission’s capital markets package, consists of proposed amendments to the EU’s securitisation regime, comprised in Regulation (EU) 2017/2402 (the Securitisation Regulation) and Regulation (EU) 575/2013 (CRR). The aim of the proposals are to further encourage the use of securitisation by banks. This will allow them to maintain and even enhance their capacity to lend to the real economy, in particular to small and medium sized enterprises.

Based on findings of the European Banking Authority (EBA), two aspects of the current securitisation regime have been identified as limiting the wider use of securitisation. First, it was acknowledged that the regime is not fit for purpose for the securitisation of non performing exposures (NPEs). This, in effect, discourages NPE securitisations as the market favours bilateral loan sales instead. Second, the regime in relation to simple, transparent and standardised (STS) securitisations does not cater for on-balance-sheet synthetic securitisations, which benefit from lower capital retention requirements.The proposed amendments are designed to address these limitations.

In addition, the Securitisation Regulation would be amended to introduce a new definition of ‘non-performing exposure (NPE) securitisation’ and to adapt the risk retention and credit-granting regime to better reflect the particularities of this asset class.

It is proposed that the risk retention requirement be calculated on the basis of 5% of the net (discounted) value of the NPE exposures, rather than the nominal value. In addition, the servicer in an NPE transaction would be allowed to take on the risk retention slice in recognition of its particular role in an NPE securitisation.

For lenders in the banking sector, the proposed amendments should be welcome in facilitating the management of their balance sheets and enhancing their lending capabilities. These amendments further underline the EU’s commitment to the deployment of securitisation in its approach to capital markets, including in response to the COVID-19 pandemic.

For further information, contact a member of our Debt Capital Markets team.