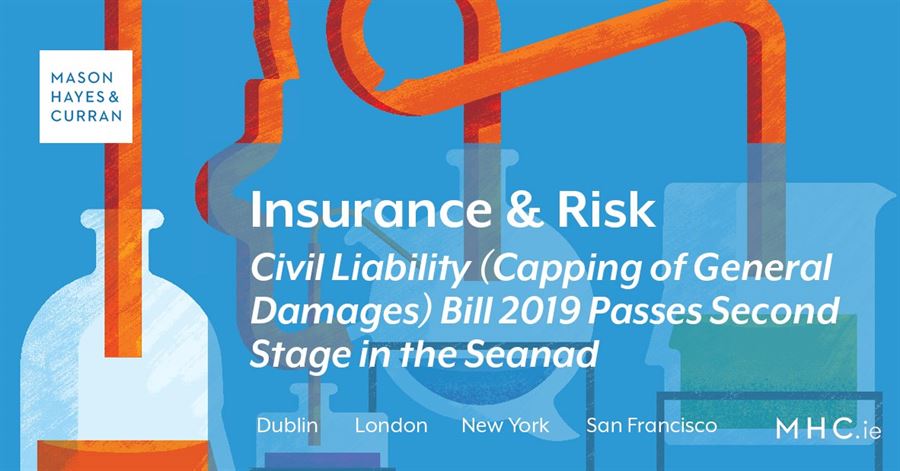 A private members Bill, The Civil Liability (Capping of General Damages) Bill 2019, has now passed the second stage in the Seanad. The aim of the Bill is to reduce the level of awards of damages in personal injury cases in the hope that this will result in lower insurance premiums.

There has been much media discussion over the last year about the level of personal injuries awards in Ireland and whether this has had an effect on rising insurance premiums. The Personal Injuries Commission carried out an analysis and concluded that award levels for minor injuries in this jurisdiction are almost five times higher than those in the UK. The Bill seeks to tackle this by capping the amount of damages which a Court may award in some or all categories of personal injuries.

The Bill was initiated by Senator Anthony Lawlor, as opposed to having been put forward by Government. However, Minister Charlie Flanagan has indicated that Government will not oppose the Bill. The initiative has also been endorsed by the Cost of Insurance Working Group, chaired by Minister of State Michael D'Arcy TD. The Bill is still at an early stage and a number of difficulties have arisen, including potential constitutional issues. A number of amendments may be required if the Bill progresses further.

This Bill has fuelled the long standing debate regarding levels of awards in personal injury claims. It remains to be seen if it will eventually be enacted. However, even if it is not, it will have served to promote discussion about legislative change in this area.