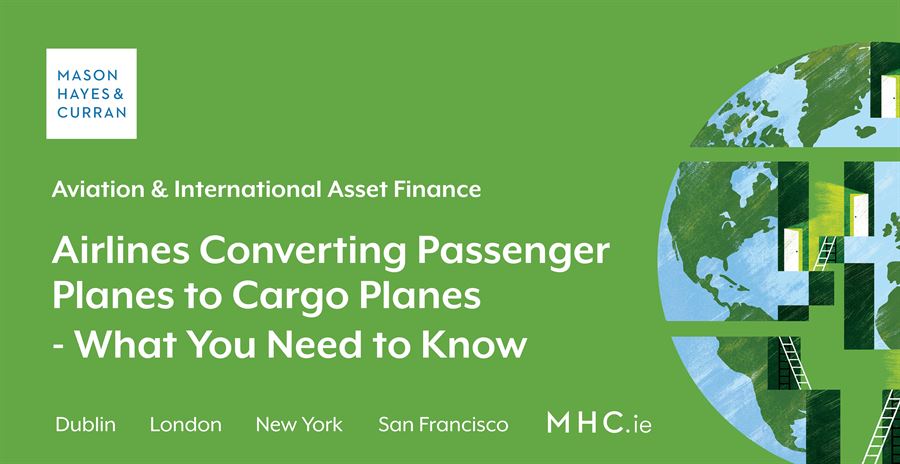 During the ongoing and unprecedented COVID-19 pandemic, the majority of the world’s airline aircraft fleet have been grounded. Some airlines are thinking of imaginative ways to put their aircraft into operation and flying again, including temporary or permanent conversion into cargo aircraft.

Earlier this year the online retail giant Amazon started operating its own dedicated cargo aircraft to Belfast International Airport to service increasing numbers of internet shoppers. While it may be reasonable to assume that this is due in part to the closure of retail outlets because of COVID-19, the volume of cargo traffic has or is likely to increase due to sustained demand for on-line shopping.

Air Cargo News recently noted that things may be beginning to look up as airfreight rates between China and Europe began to increase rapidly at the start of April. With the anticipated reduced passenger loads, instead of having aircraft sit unused in a hangar or long term storage, some airlines are looking to convert passenger jets into temporary cargo planes to provide a much needed service for medical emergency relief. American Airlines performed an all-cargo flight for the first time in over 15 years, and United Airlines is in the process of adapting some of its largest aircraft for cargo use. Standard passenger flights usually carry some level and volume of cargo on each flight, and the withdrawal of this service has created a market for airlines to exploit while passenger demand is still low.

Cathay Pacific made this change relatively early, taking advantage of the slight recovery seen across mainland China and a need for manufacturers in the supply chain of essential products to get inventory out of the country and back into the global supply chain.

Storing cargo in an aircraft’s hold is relatively simple as containers and pallets can make loading and unloading a smooth process and the total capacity is significant. For flights with no passengers on board, some light-weight cargo, like personal protective equipment or medical supplies needing to be transported quickly, filling the passenger cabin represents a significant boost in capacity although it is a much more complicated process.

From an Irish perspective, recently Aer Lingus has used some of its A330 passenger planes in order to transport large amounts of PPE and medical equipment from China to Ireland to meet urgent need for such equipment. Lufthansa is also pursuing cargo options. In addition to their regular freighter operations, Lufthansa are flying passenger planes full of cargo carrying large volumes of medical supplies which are strapped to the seats and in the overhead bins. China Eastern has gone one step further, in removing some seats in order to create more space for larger goods.

Some European operators are evaluating options of more significant long term conversion. This may require revision to strategic planning, operations and capital budgets. Vallair based in Luxembourg, operates a cargo conversion business focusing on providing ‘turn-key solutions’ for the conversion of passenger aircraft into freighter aircraft which may provide an option for some operators.

The conversion of an existing passenger aircraft to cargo involves substantial technical and engineering input and requires a professional and experienced technical support team. Time and cost are also key factors in any change of strategic direction for passenger focused airlines. There are a finite number of conversion facilities and conversion may involve one or more of the major conversion design and installation facilities around the world. In October 2017, Vallair became the launch customer for the conversion of the Airbus A321 passenger to cargo program. This was established to anticipate the market’s needs which undoubtedly are now under review again.

The steps and actions required to begin to operate passenger planes as freighters so far appear to be limited to short haul flights to meet immediate demand and to address crisis related issues such as urgency of supply of PPE.

However, as more airline carriers in Europe and the U.S. begin to cut passenger services and with retail and supply moving to an almost exclusively on-line market place, deploying passenger planes more regularly and on a larger variety of routes could make economic sense for carriers. The situation continues to evolve and it is likely we will see more and more under pressure airlines resorting to measures such as these in order to minimise their losses and maximise utilisation.